Tiny yet brave, military service Yorkshire terrier saved the lives of about 250 US soldiers during World War II 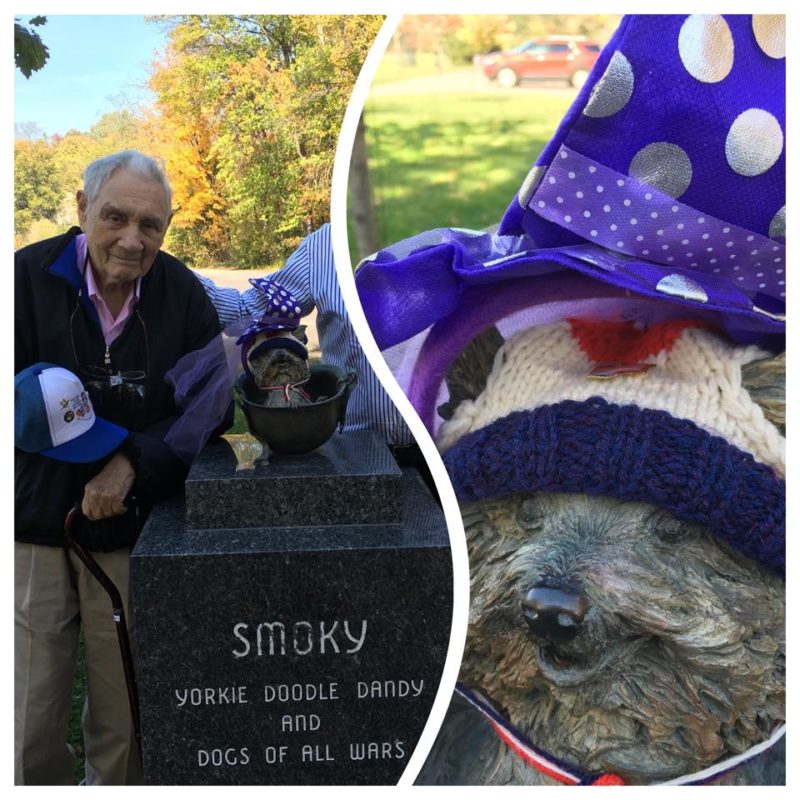 When it comes to military service dogs, large breeds such as shepherds, Labradors, and retrievers immediately come to mind. The Yorkshire terrier, on the other hand, is not one of them. There is, however, always an exception to the rule. During WWII, a service Yorkshire terrier saved the lives of nearly 250 US soldiers.

It all started when the soldiers who were repairing the car on the road suddenly heard screams from an abandoned foxhole.
They found a dog there and rescued it. They soon sold her to a Corporal named William A. Wynne. Because of her grayish fur, the dog was given the name Smoky. 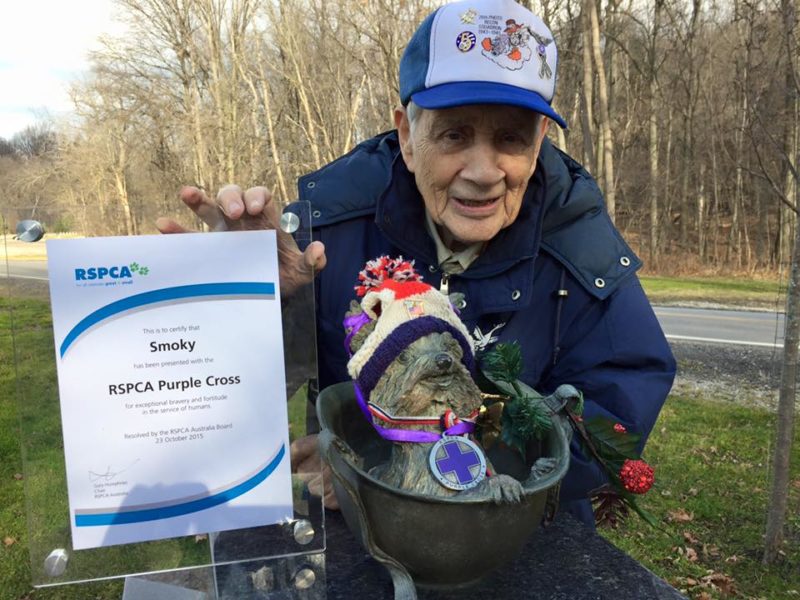 A strong bond developed between the Corporal and the dog. They shared the tent, the food.
The corporal taught her various tricks, dances, and also how to serve on an equal basis with the soldiers and perform various tasks, hiding in their backpacks.

In a matter of minutes, thanks to her small size, she was able to do work that would take soldiers days. For example, she helped engineers build an air base on the island of Luzon by navigating a 70-foot culvert under the airfield. She also saved her owner Will’s life by navigating him toward the exit from the deck of the exploded ship that was attacked. 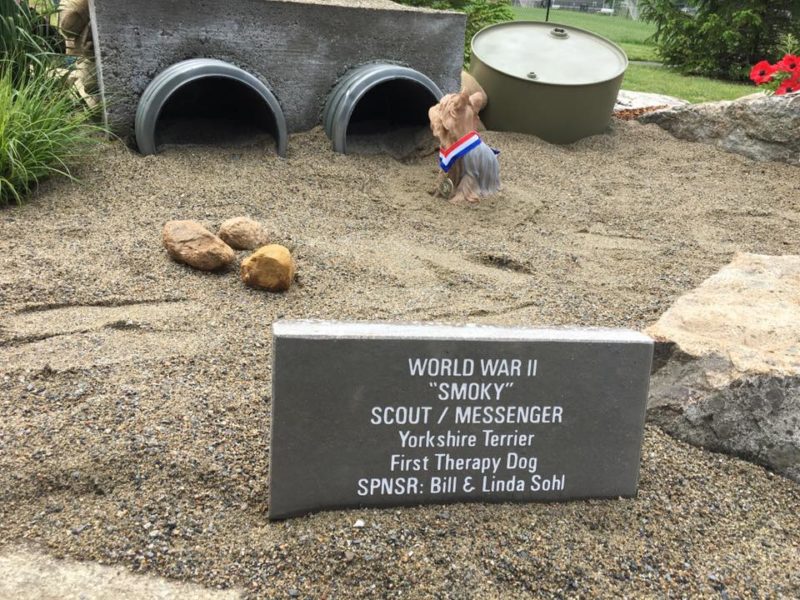 As a result, the corporal escaped the bullets that wounded many people. During her life, Smoky managed to survive a typhoon, 12 combat missions, 150 air raids, and a parachute jump. There are 8 battle stars on her list of achievements. Smoky passed away in 1957 at the age of 14. On her grave, you can see her statue made from bronze in a soldier’s helmet.