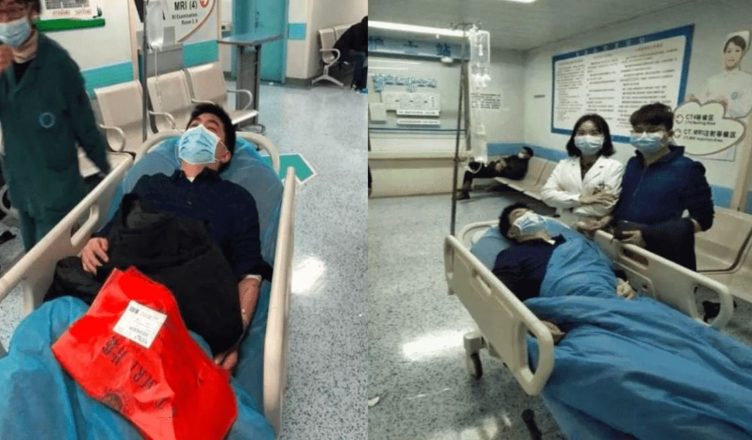 There is a simple truth that most people forget or are unaware of: when you give something generously, you will almost always receive something in return! While many people may think it’s just one of those catchy phrases, one man can attest to the fact that it’s true.

A fascinating story about a female doctor saving the man who had rescued her over a decade before has gone viral on Chinese social media.
The man helped a girl named Tam Ling after her family was hit by a massive earthquake in 2008 in Sichuan, China! Their home was destroyed and the girl, being the eldest child in the family, had to take care of her two younger sisters because her father had a disability and her mother constantly suffered from illnesses.

Zheng Hua, the man’s name, came upon Ling one day and sympathized with her. Her story brought back memories of his own upbringing. Hua not only encouraged Tam Ling to go to medical school, but he also paid for her studies. He also supported both of her younger sisters financially and provided them with some cash. 11 years later, Tam Ling, a legit optometrist working at a hospital now, returned the favor by saving the man’s life. When Ling learned that the man who had helped her long ago was diagnosed with a brain aneurysm and would be taken to her hospital, she immediately arranged everything for him.

Hua noted: “11 years ago, I put her through medical school. 11 years later, she saved my life! I shared this story because I want to motivate others to spread kindness!”

Well, this moving story proves that every little thing that we do, every beautiful smile that we give, every form of love and every little kindness we spread will always find its way back to us. Simply do good to this world and give the best you can!