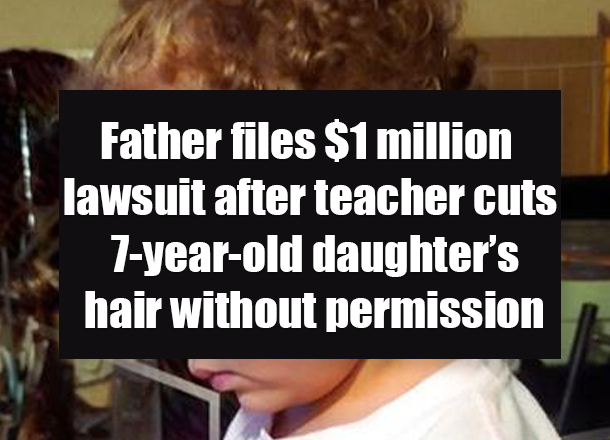 The father of a 7-year-old girl whose hair was chopped without his permission by a teacher has sued the school district, a librarian, and a teacher’s aide for $1 million. On March 24, Jimmy Hoffmeyer’s multiracial daughter Jurnee came home from school in tears, telling her father that a teacher had cut her hair!

The enraged father, from Mount Pleasant, Michigan, claimed his daughter had three haircuts in a week, but the latest one, done by a teacher, left her heartbroken. “With our kind of hair, you can’t just damp it down and cut it, and that’s when I think they should have, even if they were trying to do it with the best of intentions, once they touched it.

he told ABC12 News in April. The distraught dad said Jurnee’s hair was first cut by a classmate on the school bus forcing the dad to get it properly styled at a salon. But two days after the incident Jurnee arrived home with another haircut. “I asked what happened and said, ‘I thought I told you no child should ever cut your hair,’” dad Jimmy said at the time.

“She said ‘but dad, it was the teacher.’ The teacher cut her hair to even it out. Following complaints from Jurnee’s dad, the Mount Pleasant Public Schools Board of Education in Michigan said an independent investigation found no racial bias after carrying out interviews with employees, students, and staff but Jimmy said he and his daughter were not interviewed. 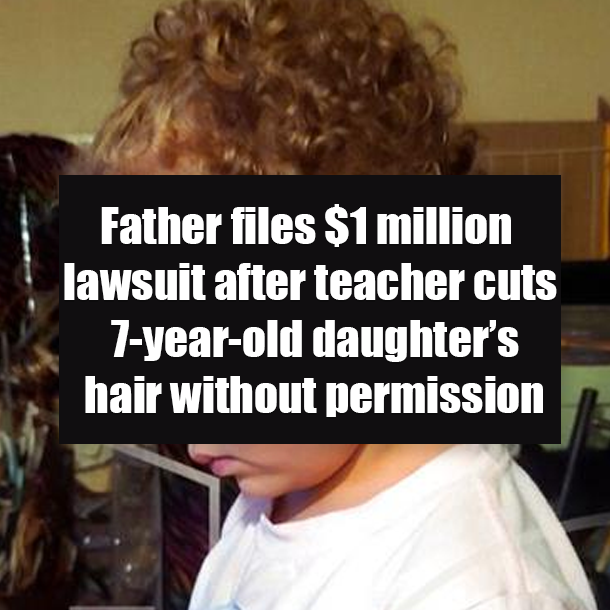 Now a lawsuit filed Tuesday in federal court in Grand Rapids against Mount Pleasant Public Schools alleges that the biracial girl’s constitutional rights were violated, racial discrimination, ethnic intimidation, intentional infliction of emotional distress, and assault and battery. Jimmy has since taken his daughter out of school.

The district “failed to properly train, monitor, direct, discipline, and supervise their employees, and knew or should have known that the employees would engage in the complained-of behavior given the improper training, customs, procedures, and policies, and the lack of discipline that existed for employees,” according to the lawsuit, as reported by Fox26 News Following the independent review, 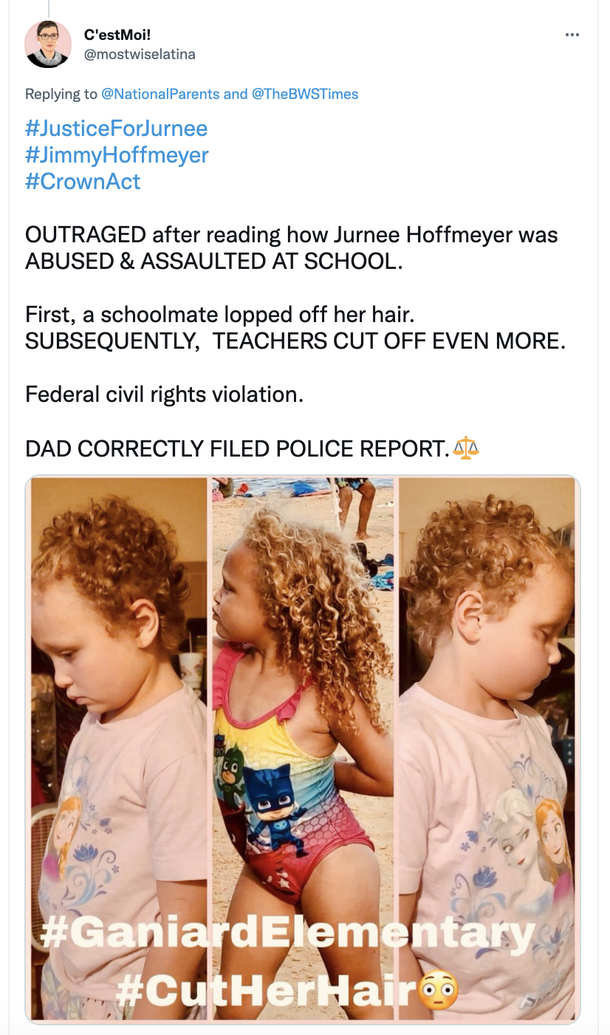 the school’s board said the member of staff who cut Jurnee’s hair was reprimanded and that an independent third-party investigation determined that despite “good intentions” of the worker who cut the girl’s hair, doing so without permission from her parents and without the knowledge of district administrators violated school policy.

Two other employees were aware of the incident but didn’t report it. All three employees have apologized, the board said.