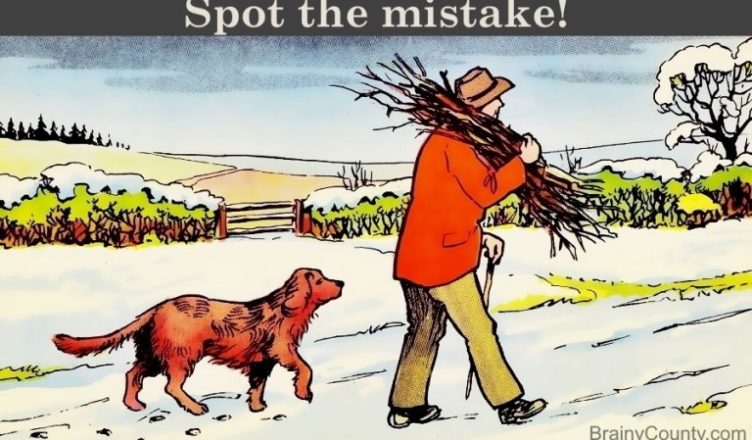 This time, we’re looking at a lumberjack who’s felling trees near his cabin in the woods. Once again, there’s a terrible error at work and it’s your job to spot it.

Here’s a hint. The mistake has something to do with the man – or rather with something that he’s holding! 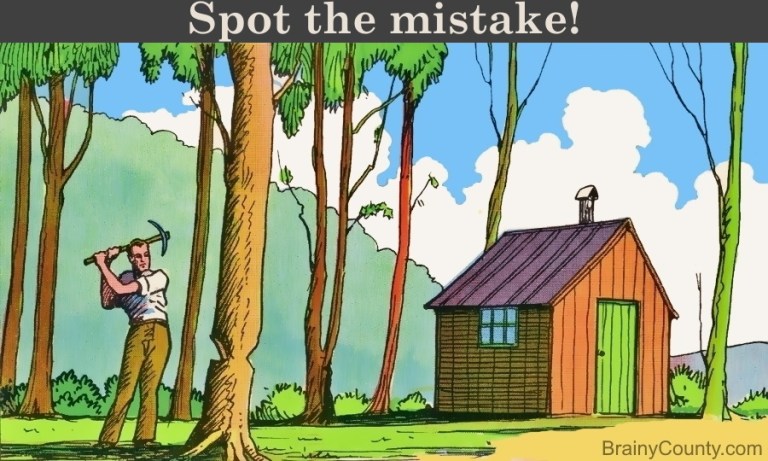 As you can see, the lumberjack is chopping trees with a pickaxe. Like that would work! Scroll down to see the other trickle

As you can see, the lumberjack is chopping trees with a pickaxe. Like that would work! 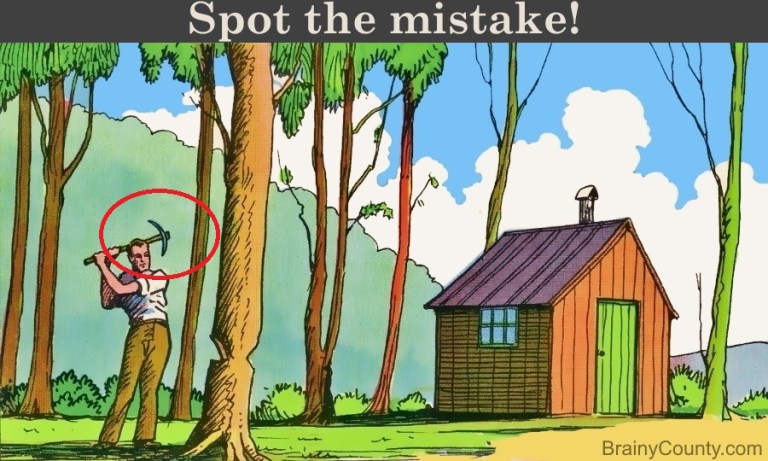 In this lovely countryside scene, one can easily see a loyal dog walking next to an older man who is carrying branches. If you focus, you might also notice that the land is covered in snow and that clouds are gathering in the sky. 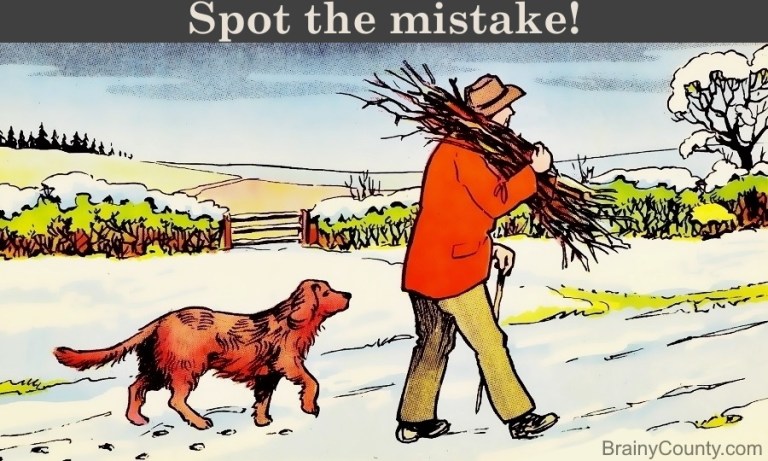 But where’s the mistake? Before we reveal the solution, here’s one hint that might help you solve the mystery on your own. The error has something to do with the snow and is referring to what is missing rather than what shouldn’t be in the picture.’

And the answer is… The man is leaving no footprints in the snow! 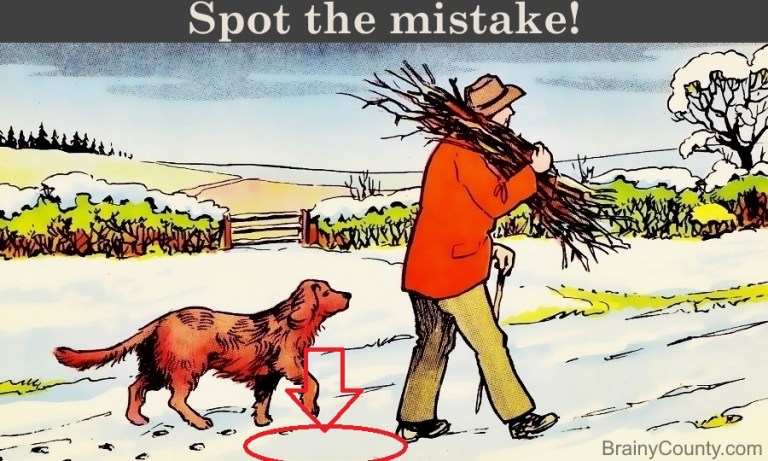