3 Baby Goats Try To Play With Resting Horse. This Funny VIDEO made my day 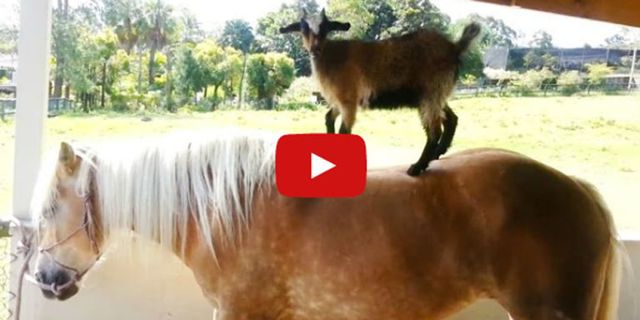 Baby goats only want to have a good time. It’s true. There’s no disputing the incredible amount of enthusiasm these kids possess! They may be small, but they are full of vigor and a desire to be delighted. Plus, they’re new to Earth, so everything is new and intriguing to learn about. They’re naughty and silly, and they’re eager to have a good time!!!

They also believe they can climb anything, which is true. Goats are excellent climbers who eagerly accept the challenge of doing something they have never done before. Usually, it’s mountains, hills, or structures built by farmers to keep them busy and out of trouble, and believe it or not, there are certain types of goats that climb and hang out in trees! Today, however, these funny, little creatures have their eyes on something else. 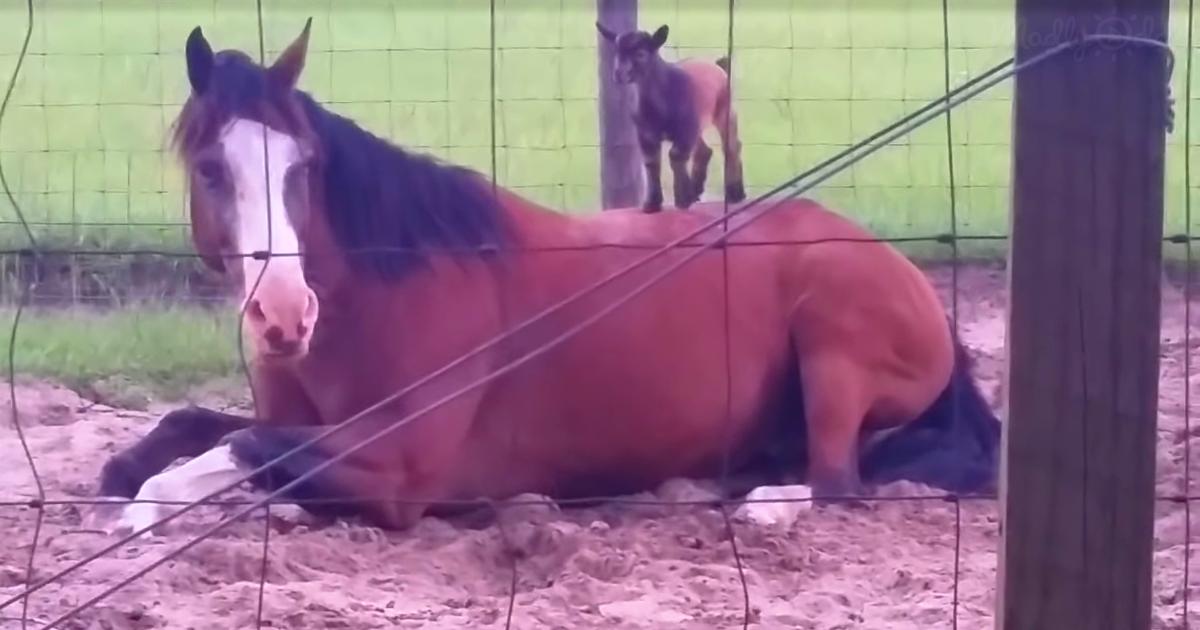 The video opens to Mr.G, the farmer’s exceptionally chilled-out horse, lying on the ground. He’s peaceful and quiet, resting in the pen with three baby goats nearby. Unlike the cool Mr. G, these three babies are full of beans! They’re bobbing around, jumping up and down, and being all goat and cute. They’re happy to keep to themselves, except for one of them who decides to stir the pot a little.

One of the tiny baby goats sees Mr. G and decides he wants to climb him. Mr. G doesn’t seem to mind one little bit as he stares off into the wilderness, daydreaming about something so good, nothing can shake him – not even the baby goat using him as a staircase! The kid tries, not once, not twice, but three times before he’s able to get a solid footing and make it to the top without falling off. 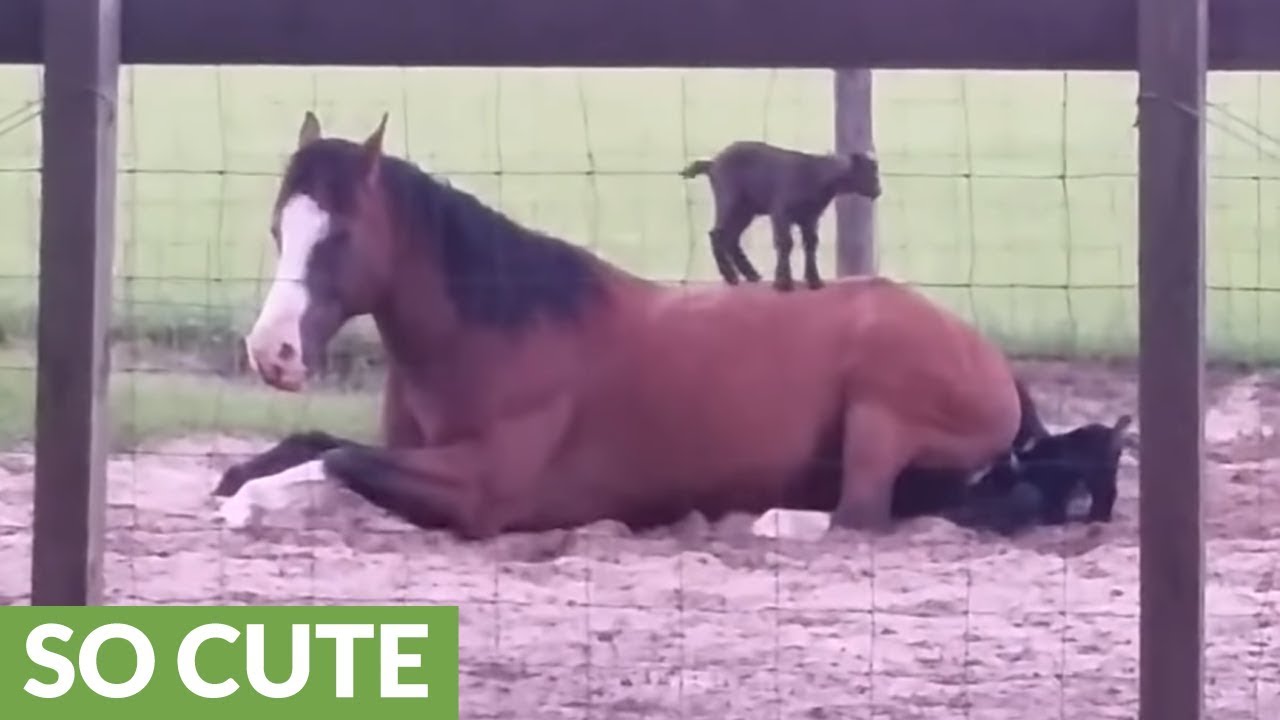 This goofy baby can’t decide what to do now! He’s made it to the top, but he wants more. He wants to get a rise out of the horse, but Mr.G is as cool as a cucumber, remaining still while he jumps around and wags his little stubby tail. No reaction, no “neeeyyy” or movement.

Radio silence. Another little goat jumps up and now the two of them are scampering around and spinning, eager to have fun and let loose. But still, no action from the horsey. Seems ok though, the two baby goats are making their own fun and just having the best time ever! They make for a highly entertaining scene. Mr. G is such a good sport and makes for an excellent babysitter.

Click below to watch these giddy goats make the most of their afternoon.