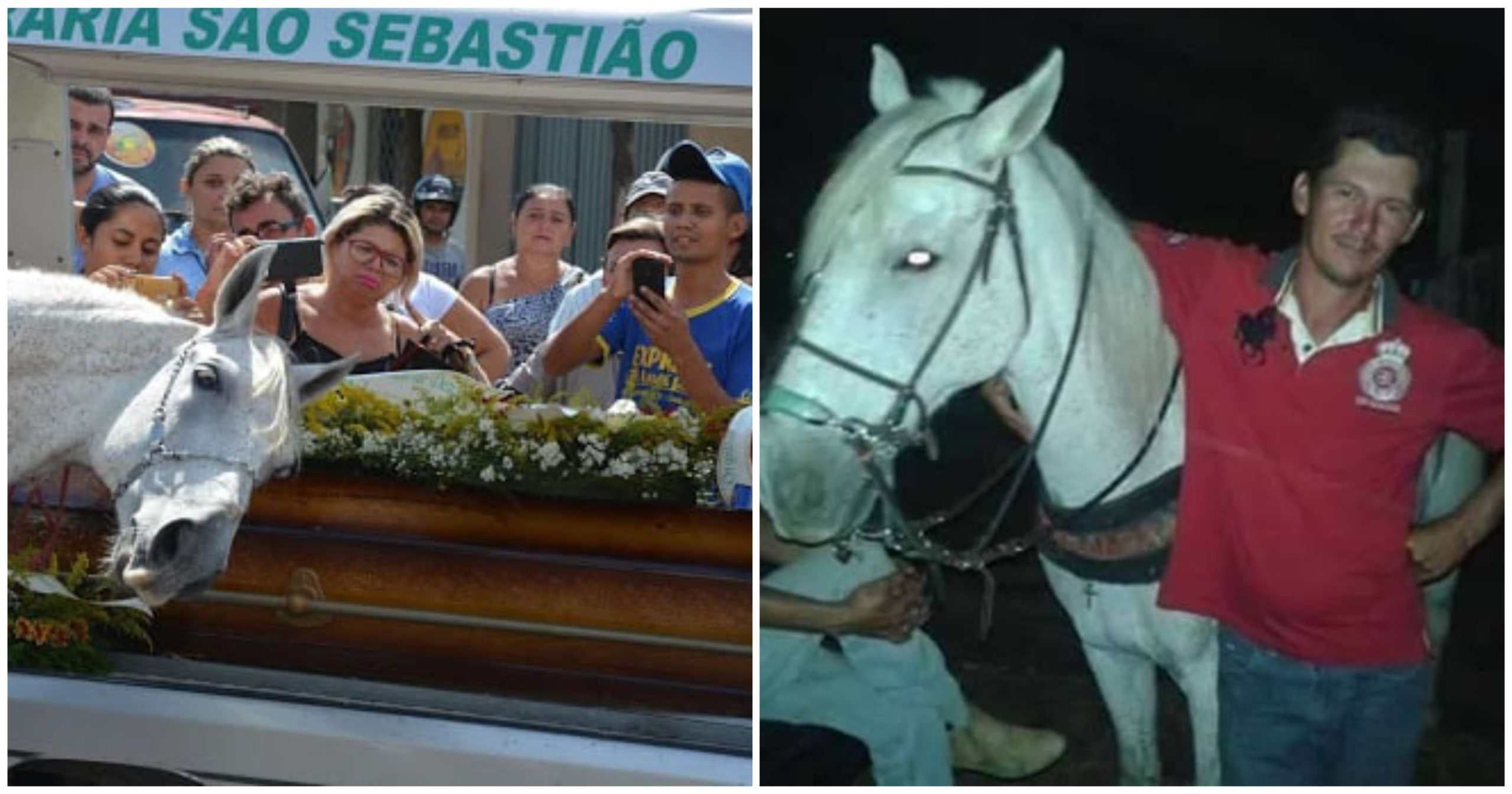 So, have you ever observed how animals may imitate human behavior? It happens, and it probably happens more frequently than you realize. What about the horses? Have you ever witnessed them acting humanely?

Wagner Lima adored his horse, Sereno, in Brazil. He’d ride Sereno, and the two of them would have a great time together. This wasn’t a one-off occurrence. It happened almost every single day. For eight years, Wagner and Sereno were the best of friends. And then, one-day tragedy struck. Wagner was riding his motorcycle one day instead of Sereno and he was in a terrible accident. The next day, he died from his injuries.

Sereno acted somewhat confused for the next couple of days. He didn’t really know what was going on, but he knew that his friend was missing. Wagner’s family knew how much Wagner loved his horse, and vice versa. So they made sure to include Sereno in Wagner’s funeral services. And when Wagner’s coffin was placed in a vehicle, Sereno did something very surprising. He walked up to the coffin and started making very sad sounds. He could smell his best friend inside the coffin, and he knew he was gone. He realized his buddy had died.

Sereno put his head across the casket amid his grief, as if to hug Wagner one more time. It was a way for him to say “goodbye.” Many of those in attendance at the event became tearful when they saw this. Sereno continued to whine and beat his hoofs into the ground as the pallbearers carried the casket to the graveyard. For everyone present, it was an extremely moving experience.

Soon after, Wagner’s brother, Wando, adopted Sereno and has loved the horse just as much as his brother did.