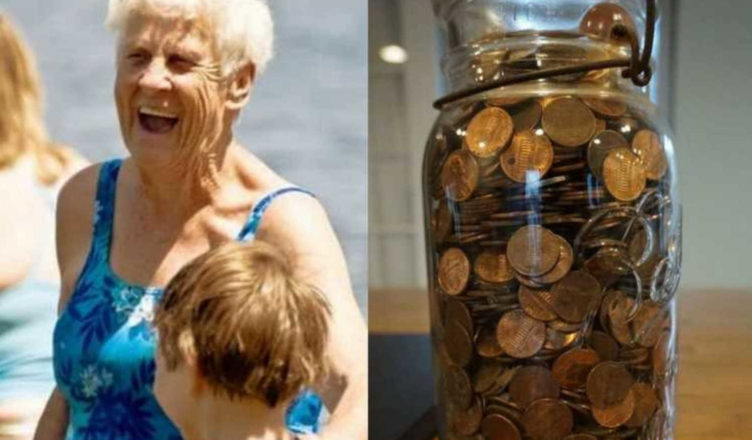 Michelle McDougal has always had a close relationship with her grandmother. They shared a lot of memories and had a lot of fun together over the years. But it was the days they would just “sit and speak” that Michelle remembers fondly!!!

Michelle described her grandmother as “the best Nana in the world” while telling her story to Love What Matters. Michelle was upset when Grandma was diagnosed with cancer. The older woman fought valiantly, and it appeared like there would be a happy ending when physicians declared her cancer to be gone at one point…

Unfortunately, the condition reappeared, and there was nothing that could be done to help her. Michelle spent as much time with her ill Nana as she could. They had a lot of discussions.

During one of these talks, Michelle held her Nana’s hands and said: Nana, when you get to heaven please send me lots of pennies so I know you’re still near. Her grandma laughed and agreed to do just that. Two days later, she passed away.

Not long after her Nana died, Michelle started finding pennies everywhere. She would find “dozens and dozens of pennies” and she stored them all in large mason jars in hopes of figuring out what to do with them someday. I smile as I pick up each new one and whisper, ‘Thank you, Nana, I love you.’

Michelle would often find these pennies in the oddest places. She found some in a just-vacuumed room and in the shower, for example. Four years after her grandmother’s death, she knew what she wanted to do. Michelle and her husband glued each penny on some old barn boards. They arranged them in the shape of a heart to symbolize the love that Nana had for her.

Michelle also scanned a card her Nana had given her that had the words “love and kisses Nana,” which was then printed onto tho the penny-board. “My heart was filled with nothing but love,” she said, as she looked at the final result.

There are those who may believe that finding the pennies may simply be a coincidence. Regardless, we think this is a sweet story to share whether or not you believe in messages from above.