Man Gets Down On 1 Knee After Literally Pulling Engagement Ring From The Ashes. 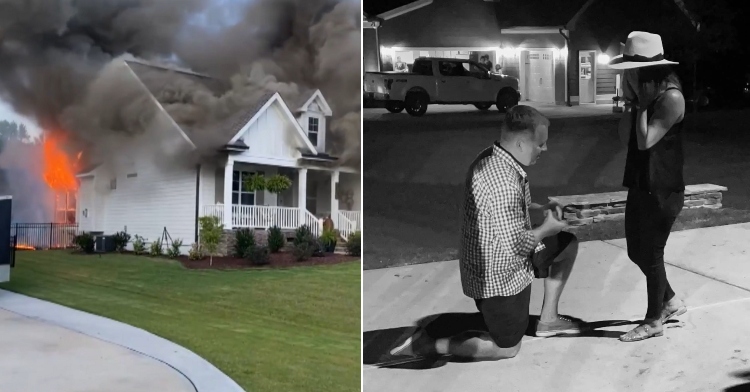 Kellie Stanley and her partner, Sean Matthews, bought their ideal house in Fuquay-Varina, North Carolina, one year ago. The couple recently celebrated their one-year anniversary of moving in by going out to supper. However, while they were out having fun, Kellie’s phone received a warning from their home security system. Her blood ran cold when she saw what she saw!

A video showed their neighbor on their front porch frantically telling them the back of their house was on fire. “Guys, you gotta come home!” she yelled into the doorbell camera. Kellie and Sean immediately thought of their dog Memphis, who was still inside. Thankfully, their neighbor was able to let the sweet pup out through the garage door and get him to safety. Meanwhile, Kellie and Sean raced back home and found pandemonium awaiting them. The entire building was in flames. 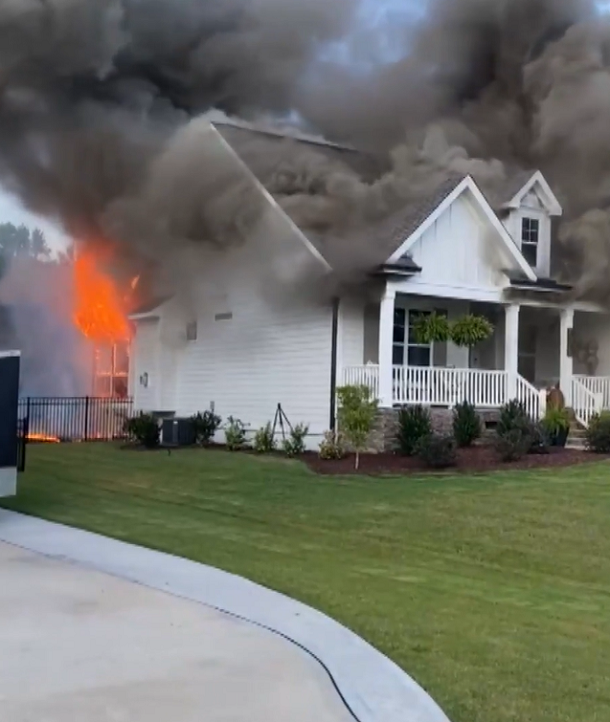 “From there, it was just chaos,” Kellie said. “Nothing puts your life in perspective like driving out of your driveway with just the clothes on your back and your dog.” The next morning, the couple returned to their destroyed home in search of whatever possessions they could salvage. There was only one thing on Sean’s mind: the engagement ring he’d secretly purchased and placed inside a fireproof box. 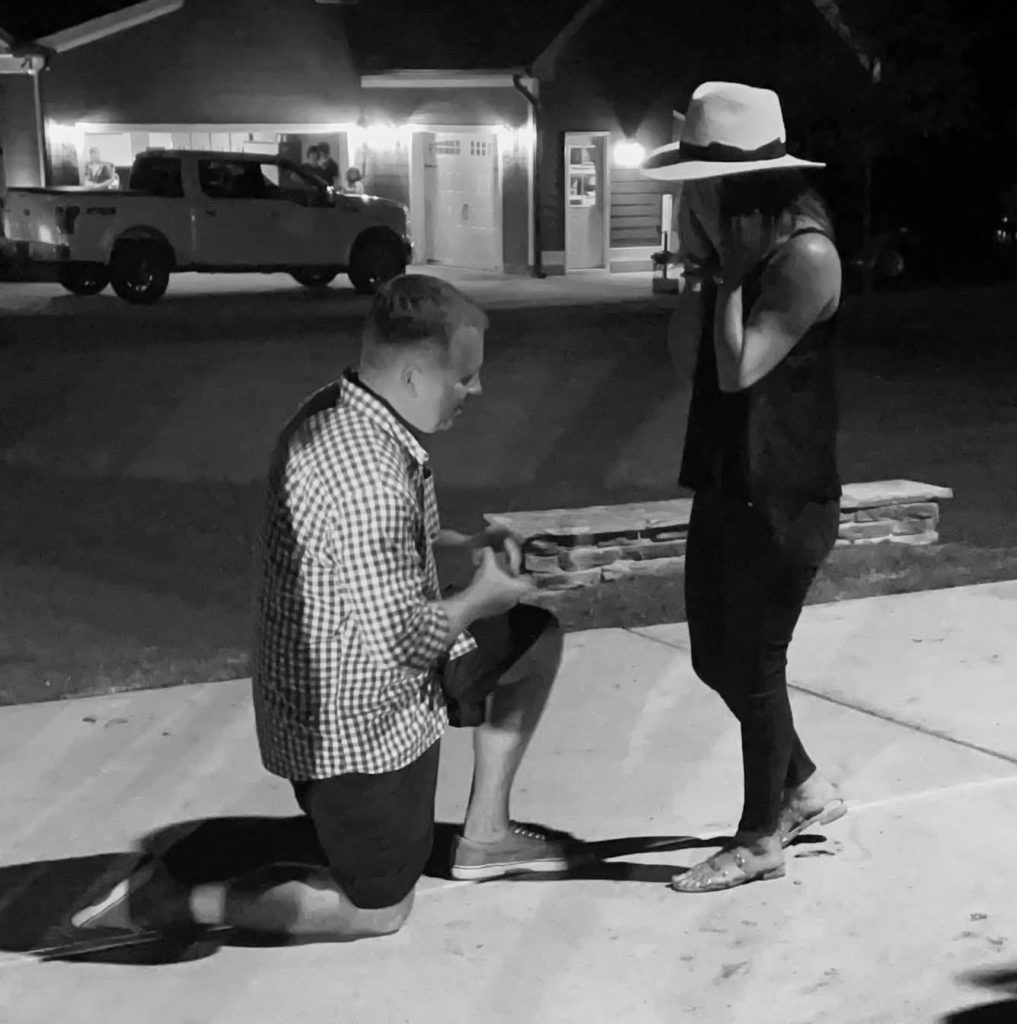 When the fire department gave them the green light, they searched the rubble and found the box. The inside of the ring was completely intact! Sean intended to ask the question at the right time. When he looked around the blackened remains of his house, he decided yes! They would go through these difficult times in life together as husband and wife.

“I felt very strongly that I wanted to leave with her as my fiancee,” he said. After clearing the decision with Kellie’s mom, Sean gathered a few family members and surprised Kellie on the sidewalk in front of their destroyed home. “We’re going to get through this as fiances or more,” he told her. “This was our house, but we’ll have another one.” 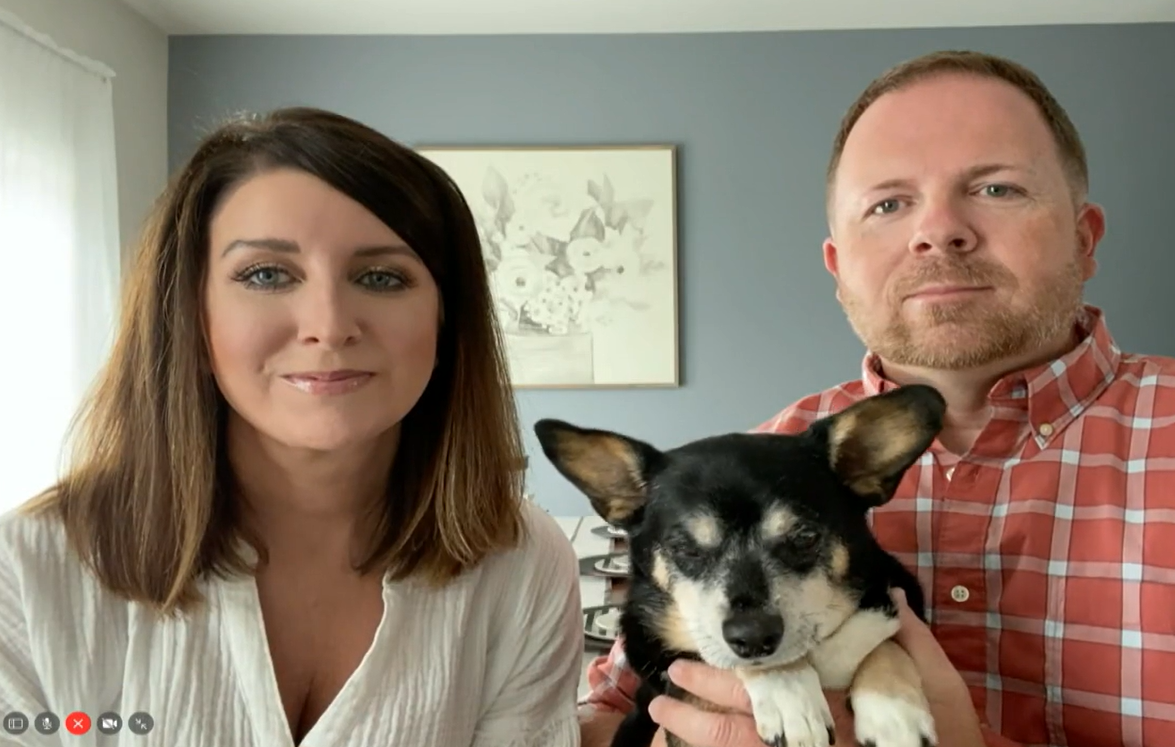 Obviously, she said yes! Now engaged, Kellie and Sean are working to rebuild. A GoFundMe has already raised more than $13,000 to help with the expenses. In spite of the whirlwind 24 hours that changed their lives, the couple believes their relationship is stronger than ever. When faced with losing everything, they realized all that really matters is each other (and Memphis, of course!).

Check out the emotional proposal in the video below, and don’t forget to share this amazing story with your friends.