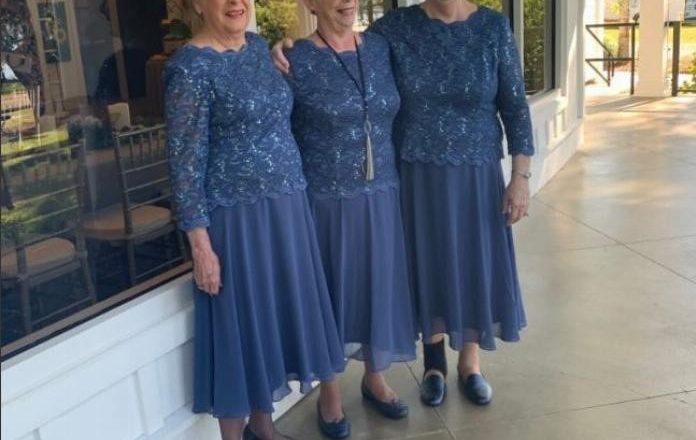 Weddings are always a sight to behold. Apart from the decor, the beautiful couple, and the food, weddings usually offer all kinds of amusement, including for fashion lovers: There is always a guest’s outfit to watch out for! It’s hard to know what to wear to a wedding (just don’t wear white, you’ll never be forgiven). So when three grandmothers were attending their respective grandson or granddaughter’s big day, they decided to go for an elegant and lacy number. But apparently, the dress was a popular choice among the older demographic as all three of them turned up in the same exact outfit.

Alex Campisi who uploaded the picture revealed on Twitter that the trio was serving looks in matching blue attire in response to U.S TV presenter Jimmy Fallon’s call for wedding fails.

For this Twitter user, it was three grandmas in coordinating outfits! Alex Campisi shared a photo of three grannies rocking the same outfit at a wedding he attended.

Alex shared the photo in reply to TV host Jimmy Fallon’s tweet about wedding fails. Like most people, Alex believed wearing the same outfit as a stranger was a flop, so imagine twinning with two people! 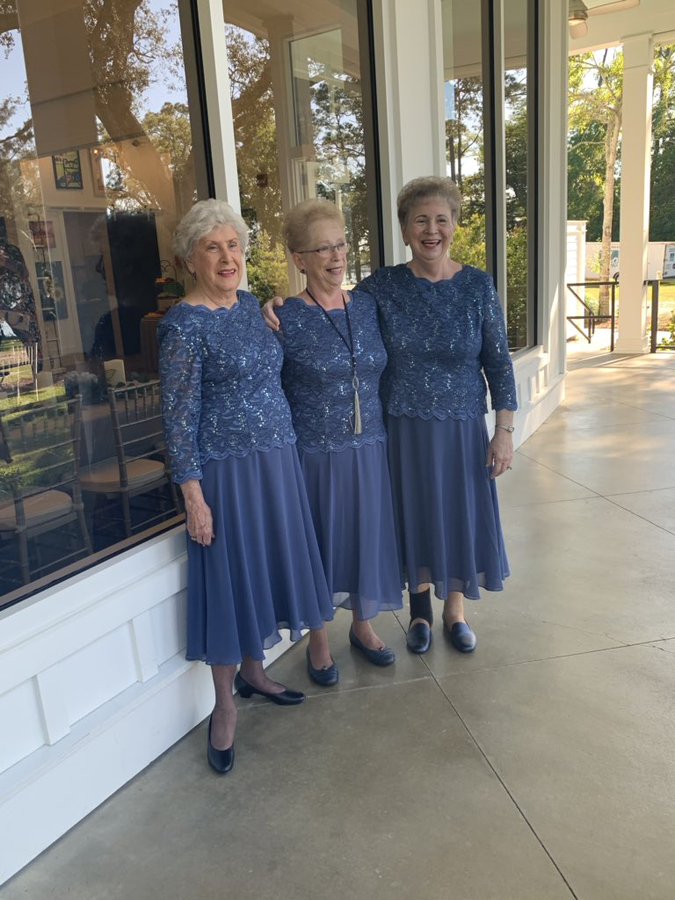 However, the senior women didn’t think that way as they happily posed for a photo. It seemed like they had bonded over the fact that they were wearing the same thing. Many internet users also agreed that it wasn’t a flop

Alex tweet got over 4,500 likes and several retweets to spread the word on the awesome grandmas. One user mentioned that her granny and her boyfriend’s had the same blue dress! It seems there is a universal love for blue dresses among our grandmothers!

My grandma and my boyfriend’s grandma have this dress as well. It is adorable that these senior women were able to find joy and friendship in a situation that most people would have been uncomfortable with. Such wonderful women!