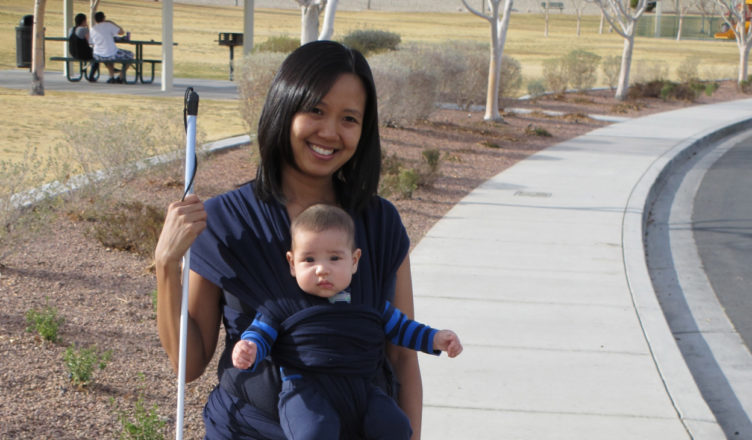 Even though all people are equal and have equal right, some of them might need certain special needs due to health conditions. But unfortunately, not everybody is tolerant and kind towards people with disabilities.

They often face difficulties, especially when it comes to visiting public places. That is exactly what happened with Libby Hanley, a blind woman, who is also a devoted mother of a lovely daughter, Madison. When Madison turned three, Libby planned to surprise her daughter by taking her to a swimming pool at Dimension, a leisure park managed by the Stoke-On-Trent City Council in Burslem.

When they arrived, staff workers advised Libby to keep an eye on her child. They decided to kick her out after she claimed that it was impossible due to her blindness. “Well, I guess you shouldn’t be here then,” Libby explained she was really embarrassed as the guard had said that in front of everyone. One of her friends, Terrence Wildridge, 39, said he had shown the staff Libby’s blind card, but they paid no attention. Of course, she decided to make a complaint, but all they did is offering a voucher for the next visit. “It made me feel quite emotional and made me question myself. The staff needs more training. My disability is not a physical thing, and it’s not an obvious disability.”

A staff member at the City council said they were aware of the incident and were already investigating it. We hope Libby won’t face such a rude behavior again!