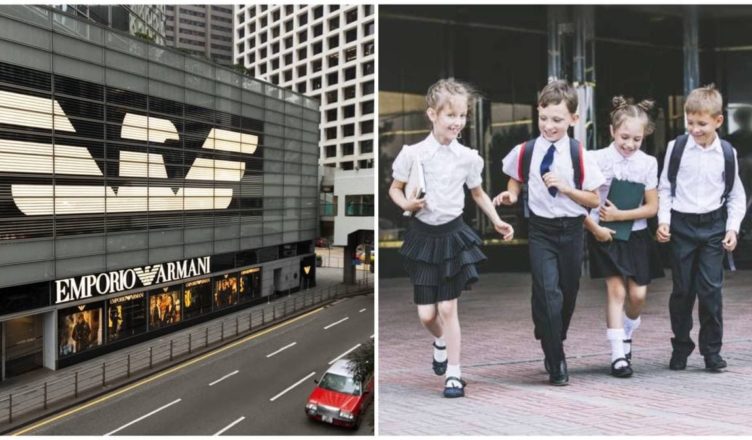 One of the common perceptions about public schools is that they are relatively inexpensive, yet a school in Japan sparked a sensation when it made an excessive demand!

A Tokyo school apparently ordered its students to purchase a new uniform designed by Giorgio Armani, a well-known Italian fashion house. The clothes are rumored to have cost around 80,000 yen ($750). Some parents whose students were attending Taimei Elementary School complained about the introduction of the stylish, yet expensive school uniforms.

The school made a conscious effort to introduce the Armani uniforms, which come with a hat and bag, to reflect its prestigious location. Due to the controversy that resulted from the decision, some politicians have weighed in on the matter. Finance minister, Taro Aso, said: Clearly, it’s expensive. It would be severe if a student cannot afford to pay it. The principal of the school, Toshitsugu Wada, reportedly sent a letter to parents a few months earlier to inform them about the changes in the uniform.

The new uniforms were recommended but weren’t compulsory. One mom who spoke to Huffington Post Japan said she was surprised and confused about the public school’s decision to choose such luxury brand-designed uniforms. I‘m worried that the wrong notion that something expensive is good and something cheap is bad could be imprinted on children. According to NBC, Naoki Ogi, a popular education commentator, mirrored the same sentiment when he said:

It’s like saying no to poor people and welcoming only those who take pride in Armani. Following the criticisms and complaints, Wada later published a statement where he assured parents that he intended to explain his reasoning more sufficiently! What do you think? Would it make sense for the designer uniforms to only go to those who can afford it? Or should the school scrap the concept altogether?