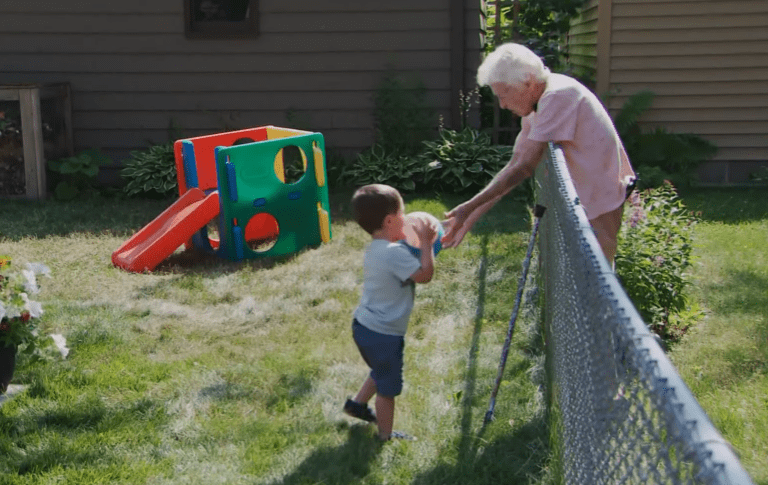 A genuine friendship knows no boundaries – not even a fence. As everyone was forced to stay inside their homes due to the pandemic, there have been some limitations that emerged especially on the elderly people’s side!

Mary O’Neill is an independent 99-year-old woman who lost her husband 37 years ago. She made friends with a little kid after years of loneliness. Benjamin Olson had just turned 2 years old when he formed a close friendship with Mary. 7

Since Mary is an elderly who is prone to contracting the virus, she became isolated when the pandemic hit, causing her to become alone, playing Yahtzee all by herself on the other side of her and the Olsons’ fence.

Mary and Benjamin barely saw each other outside back then, but when the pandemic started, their worlds were reduced to their backyards, causing Olson to begin seeing Mary more.

The first game they played was “cane ball” where Benjamin would carry a big ball to the fence and Mary would reach over the fence and “kick” the ball using her cane. 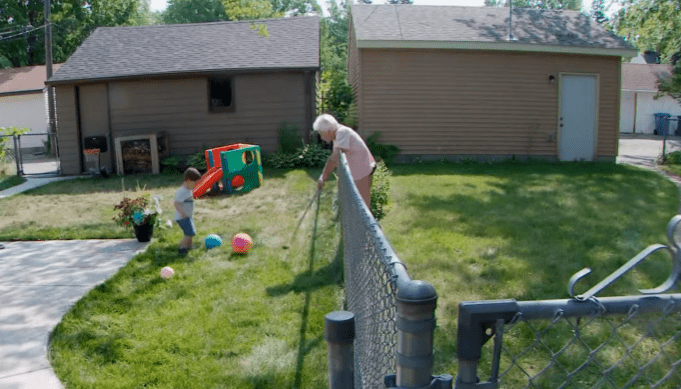 Mary’s been lonely for a long time but now, her childlike spirit came alive when they’d play bubbles, water guns, and the vintage toy trucks she gave Benjamin.

Now that pandemic restrictions have eased, Benjamin’s fence door unlocks and he finally crosses to the other side of the fence. He sat down with his best friend like two old buddies reuniting after a long time.

Watch Benjamin and Mary’s story of unique friendship in the video below.

This woman found out about the existence of the second baby on ultrasound only after the 12th week of pregnancy..

Black and white twins born for the second time in the same family! Watch how look their parents?