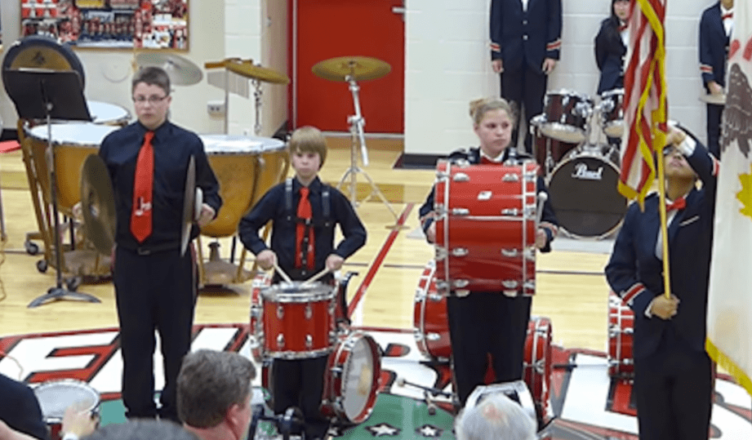 You’ve probably been in one or more uncomfortable situations at some point in your life—I certainly have! But it’s ten times worse when that not-so-sassy moment is captured on tape! So, what do you do if you’re in the middle of a performance that’s being filmed by a lot of people and you make a mistake in front of hundreds of people? Right here, you’re following in the footsteps of this young man!

The footage shows a high school band performing the national anthem, “Star-Spangled Banner,” for a gymnasium full of people. Standing proudly, each student has a different instrument, playing it beautifully after having practiced for several hours beforehand. 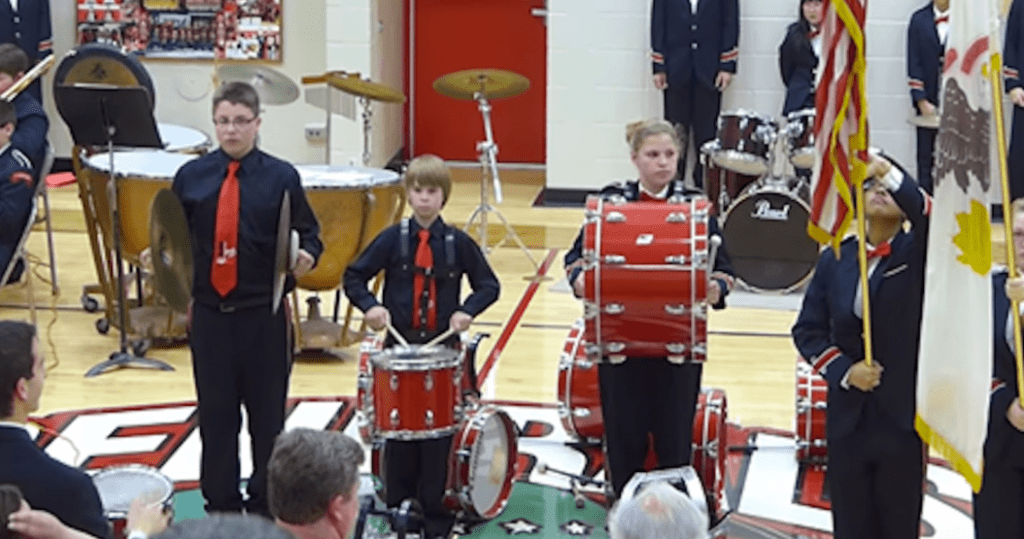 Just then, the young man responsible for playing the cymbals drops one to the floor. Of course, there are a few seconds where he looks completely shocked, embarrassed, and unsure of what to do. In all honesty, we start to feel quite awkward for the kid. But what he does next has every single person, in the audience and watching the video, feeling super impressed.

Without giving too much away, we’ll just say that his reaction is priceless, beautifully executed, and a must-see for everyone who has ever been embarrassed in public (which, let’s face it, is everyone). In fact, many of us may probably identify with this individual in some way.

Before sharing the video with you, let me tell you about my mid-performance, the most embarrassing situation ever. I was dancing at my best friend’s wedding, it was a choreographed performance for the bride and groom when it happened. I was grooving to Beyonce’s “Single Ladies” when the lyrics “put your hands up” did the rounds. Evidently, I went to go and put my hands up, knocking my glasses off while midst dance move. But, unlike this young man, I didn’t handle it with so much finesse.

I am pretty impaired without my glasses, so the moment they flew off I was in a blurry fuzz. I instantly stopped, trying to reach out for my partner’s hand so maybe she can support me in finding my glasses! Uh oh!

Thankfully, you don’t need to see any sort of mishap like mine, with this routine!

Give the footage below a watch and let us know your thoughts in the comments! If you’re as impressed as we were, make sure to like and share it with your friends and family! Why? Because sharing is caring, and we all secretly love those cringe-worthy moments in life, am I right?