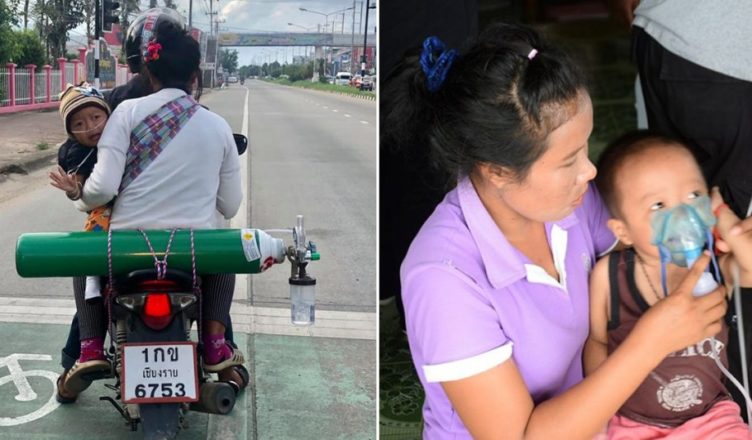 A touching photo of a Thai couple and their son on a motorcycle has proved to everyone that a parent’s love knows no boundaries!

What looks like a normal ride of parents with their child on the road turns out to be a touching story that will break anyone’s heart.

One netizen first noticed the couple while riding their motorcycle along the street, but he became intrigued when he saw the toddler the woman was carrying.

Oxygen tubes were placed in the toddler’s nostrils while he was swaddled in a cloth wrapped around his mother’s torso. Apparently, there was an oxygen tank linked to the boy at the back of the motorcycle. 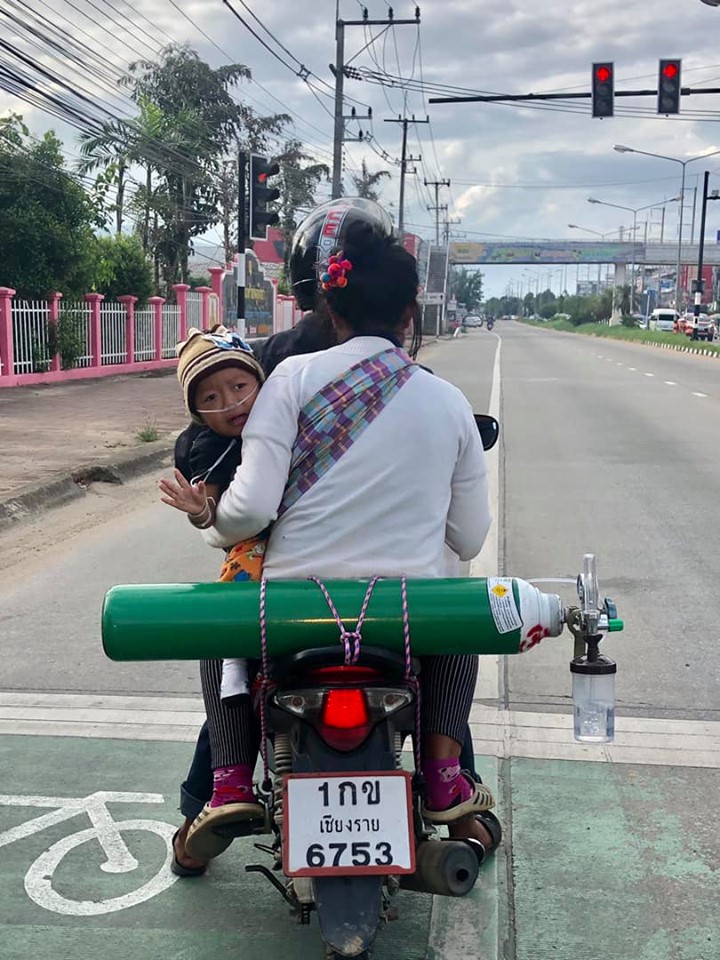 According to the netizen, the father would make sure the oxygen tank was in position and adjusted it whenever he came to a halt at a red light. Many news outlets proceeded to investigate after the post about the Thai family went viral on social media.

It turns out that the toddler was born with lung disease and suffered from asthma at just six months old. According to TNews, the boy’s lungs had progressively weakened that he needed an oxygen tank to breathe since he was six months old. 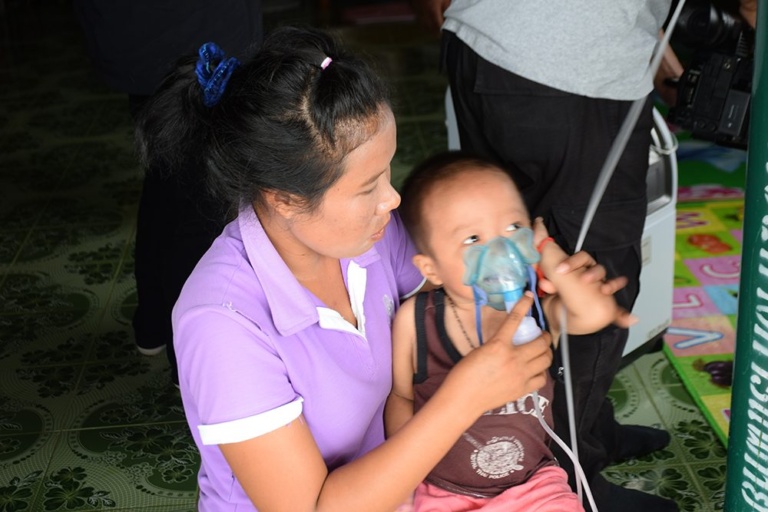 However, as the family lives in Mae Sai, the northernmost district of Chiang Rai, they have to travel 120 km (75 miles) every two days from their house to the hospital so that they can replace the oxygen tank for their sick son.

The father also said that they had to ride a motorcycle as he did not have a car and that taking public transportation was not possible as the driver was afraid that the oxygen tank might explode and became an inconvenience to other passengers.

That left the family with the only option — to ride the distance with their motorcycle every two days for the sake of the son’s life.

We do hope that the parents will get the help that they deserve and for the boy to get well so he will not have to depend on the oxygen tank anymore.