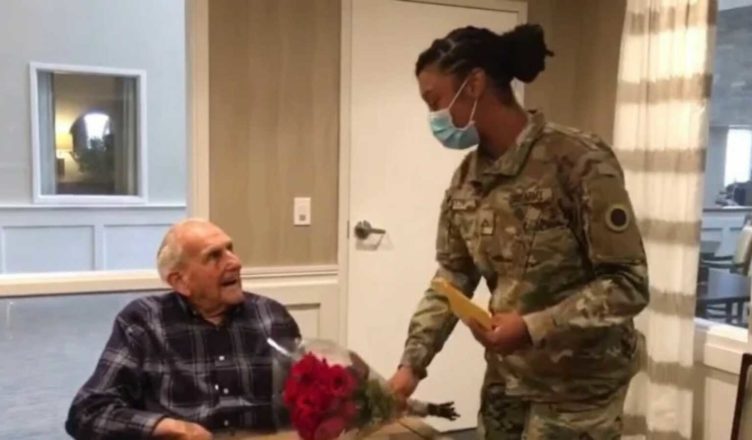 One small act of kindness has the power to change someone’s entire life. Frank Grasberger is the perfect example. As a World War II veteran, he’s been through more than many of us could even imagine. So when he received a kind letter from a 9-year-old girl thanking him for his service, it meant the world to him!

He was still serving when he received the letter in 2009, and he and his wife, Dolores Grasberger, were so moved by her comments that they tried to track her down so they could show their gratitude. The little girl’s school, however, was unwilling to provide her contact information due to privacy concerns. 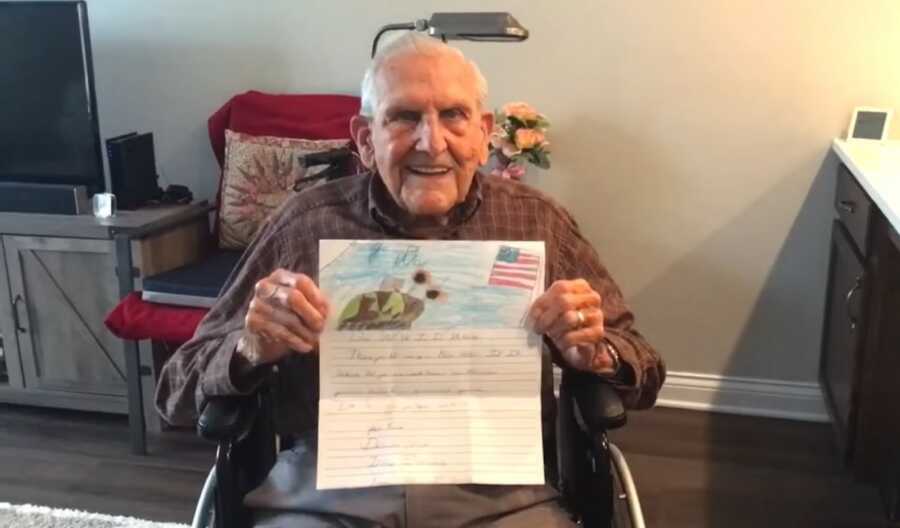 However, they may accept a thank-you card, which they would deliver to the youngster. While it was better than nothing, Frank realized it couldn’t compare to personally thanking her. That’s why Frank and his family have been looking for her for the past 12 years.

Now living at Vitalia Senior Residences in Strongsville, Ohio, Frank and Dolores were able to get some outside help in their search for his mystery pen pal. It took quite a bit of investigating, but eventually, Vitalia’s resident services director, Jill Pawloski, found her on social media. 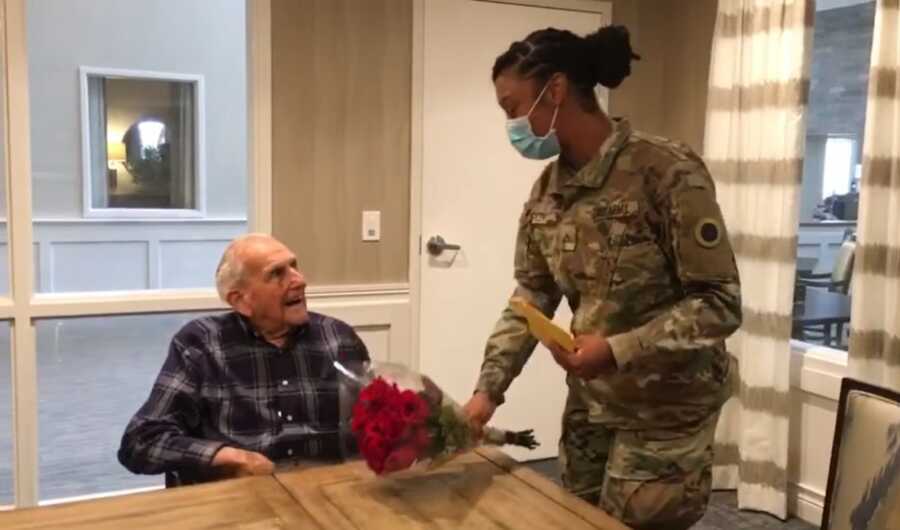 DeShauna Priest, now 21 years old, was absolutely floored when Jill reached out to her on Facebook. “I just started crying, I had to go and tell my mom,” DeShauna said.

It turns out that Frank’s thank-you note had reached her, and it left a lasting impact. She was only in third grade when she sent off her letter along with everyone else in her class, but it ended up changing the course of her life. DeShauna is now serving in the Army National Guard!Once DeShauna was contacted, it was time to set up the surprise of a lifetime. 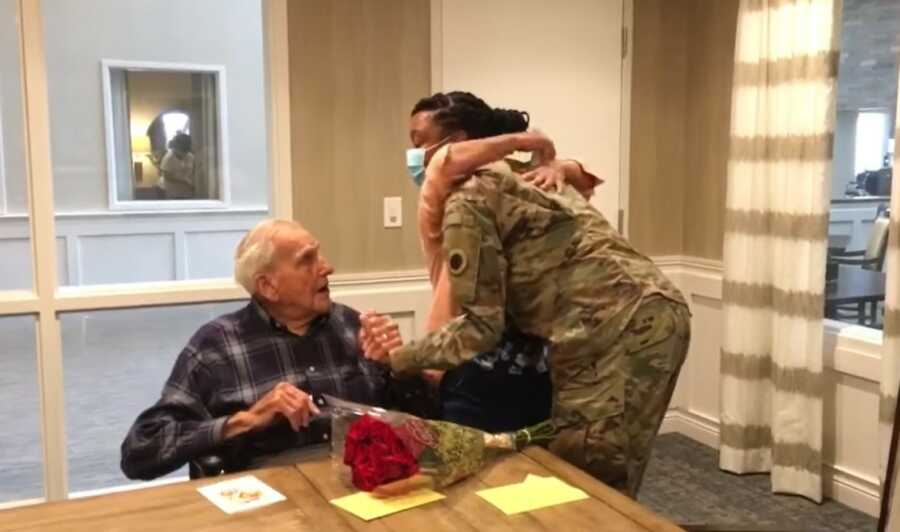 Frank had no idea Jill had located his pen buddy until DeShauna entered the room with roses in her hand. It would be an understatement to say he was taken aback! He could not restrain his emotions once he realized that the woman in front of him was the small girl who had written the letter he still carries around. “I’m smitten with you.

I really do,” Frank said. “Honest to God, thank you so much for being here.”Frank has been through so much in his life, including moments he refers to as miracles. He has an incredible wife and kids, and he made it through the Battle of the Bulge. He’s even survived three heart attacks. “And now I met the girl that signed me the letter… and that is a real miracle,” he said. “That really is.” 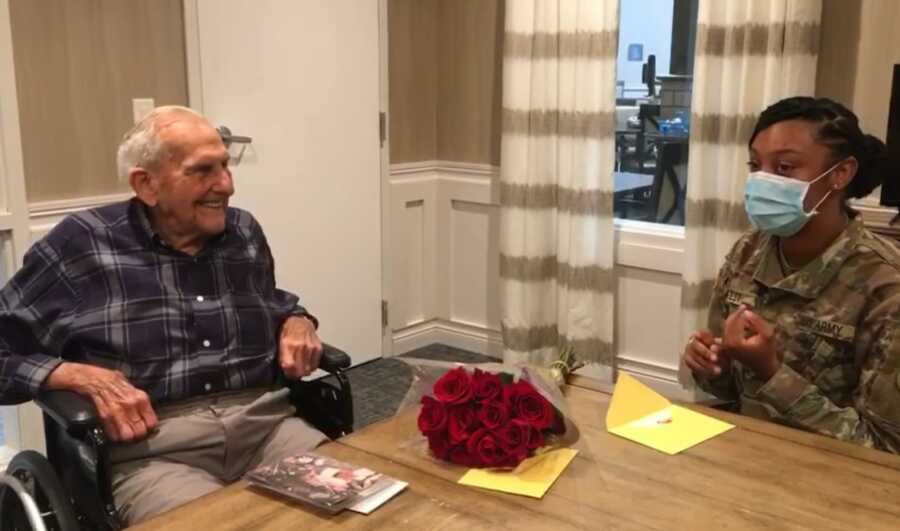 Now that they’ve finally found each other, Frank, Delores, and DeShauna have exchanged numbers and promised to regularly keep in touch — and we have no doubt that they will! Watch their tear-jerking meeting in the video below.