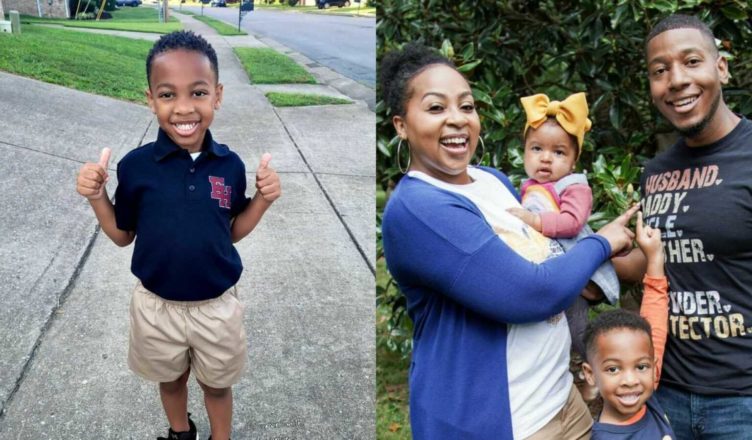 “I almost messed up big time. As our newly turned 5-year-old and I were coming back from the dentist, we saw a homeless man in the median.I wanted to give him money but didn’t have any cash on me so I just nodded my head and waved to him with a smile. Our son Justus noticed the man as well. And then it happened.

Uncoached, he insisted that I give the man the 30 cents he had in his pocket.It’s almost as if he heard my thoughts and responded out loud. I was more than happy he wanted to do this with joy (it means he’s been watching). BUT, honestly, I was hesitant.I didn’t want to give this man who clearly needed all the help he could get just 30 cents. 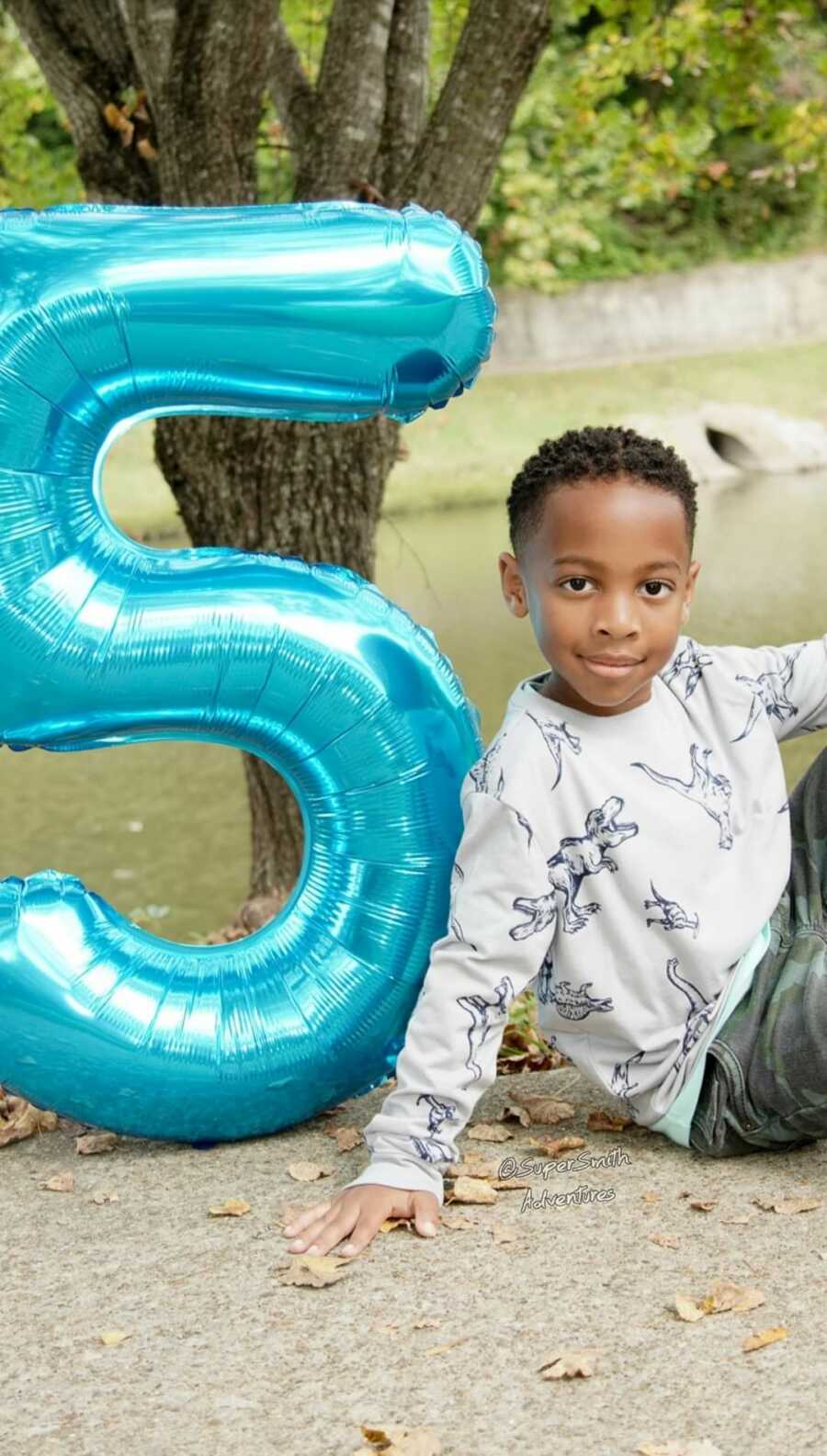 My own pride and thoughts of the homeless individual’s unknown reaction to receiving just two coins were standing in the way.I quickly realized that I was the only problem in this situation and that the traffic light would turn green at any second. I then thought to myself, ‘Dude get over it. This is what we’ve been teaching him and now that he wants to give everything he has to offer at this moment,

you’re going to let your personal self-centeredness ruin a great memory and solid teaching moment? Leading by example is what we’ve been teaching him, so now let him lead. Let him give what he can to this man…’ Listen, I almost told my son, ‘Let’s wait to give until we at least have one dollar… 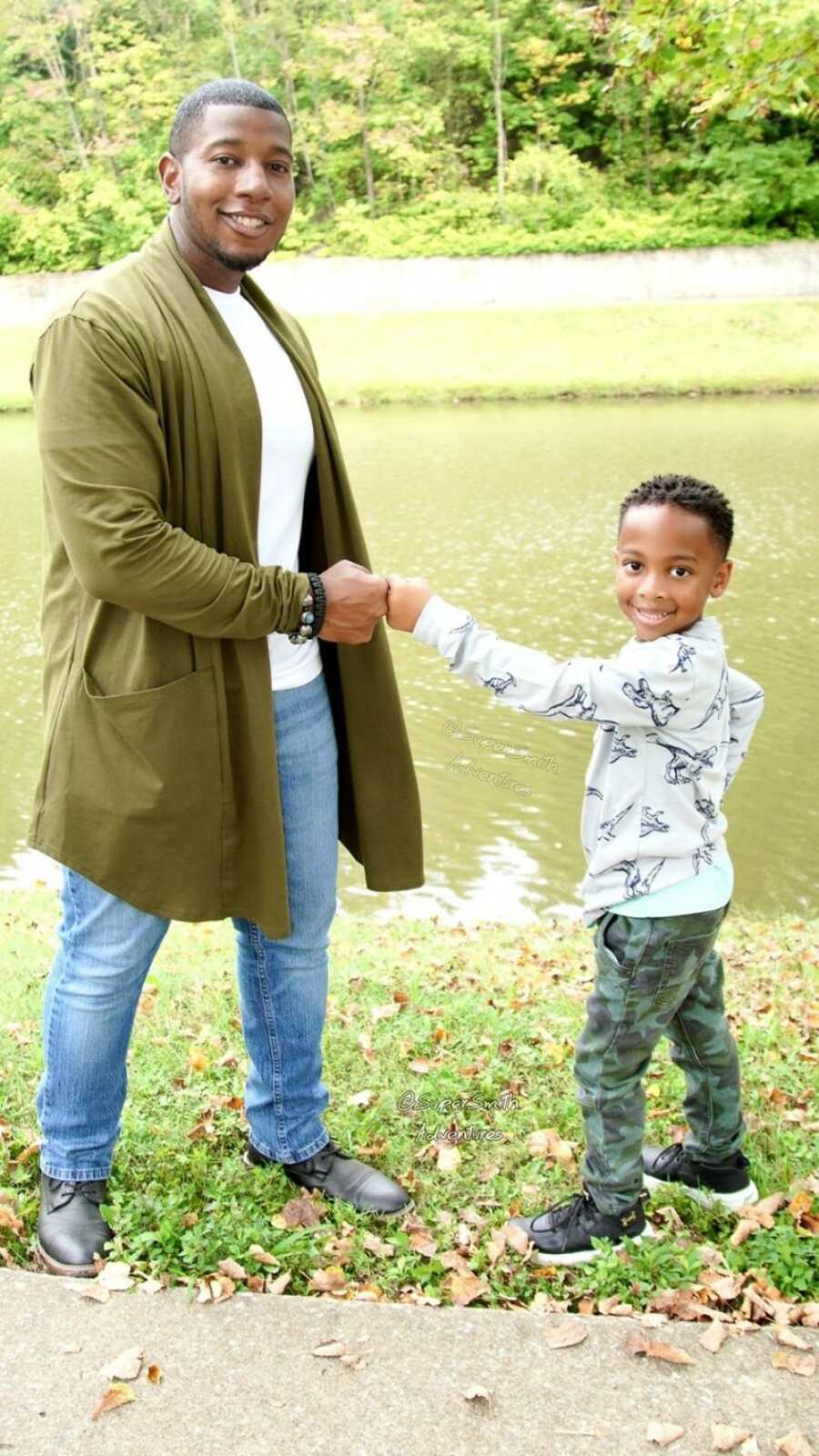 By my passivity, I almost convinced our son that what he had wasn’t enough… I was on the verge of showing him that what he thinks is a wonderful thing, and it is, isn’t good enough to make a difference in someone’s life. I was on the verge of teaching him that pride was more important than assisting someone in need. Thank God I was able to snap out of that nonsense soon.

I rolled down my window, hoping this person wouldn’t be angry or wounded by the fact that I only offered him 30 cents. ‘I’m sorry, guy, I don’t have any cash on me, but my kid over here wants to give you everything he has right now,’ I explained. He’s only five years old!’ Also, my God… That man’s smile brightened the crossing, and he told Justus, 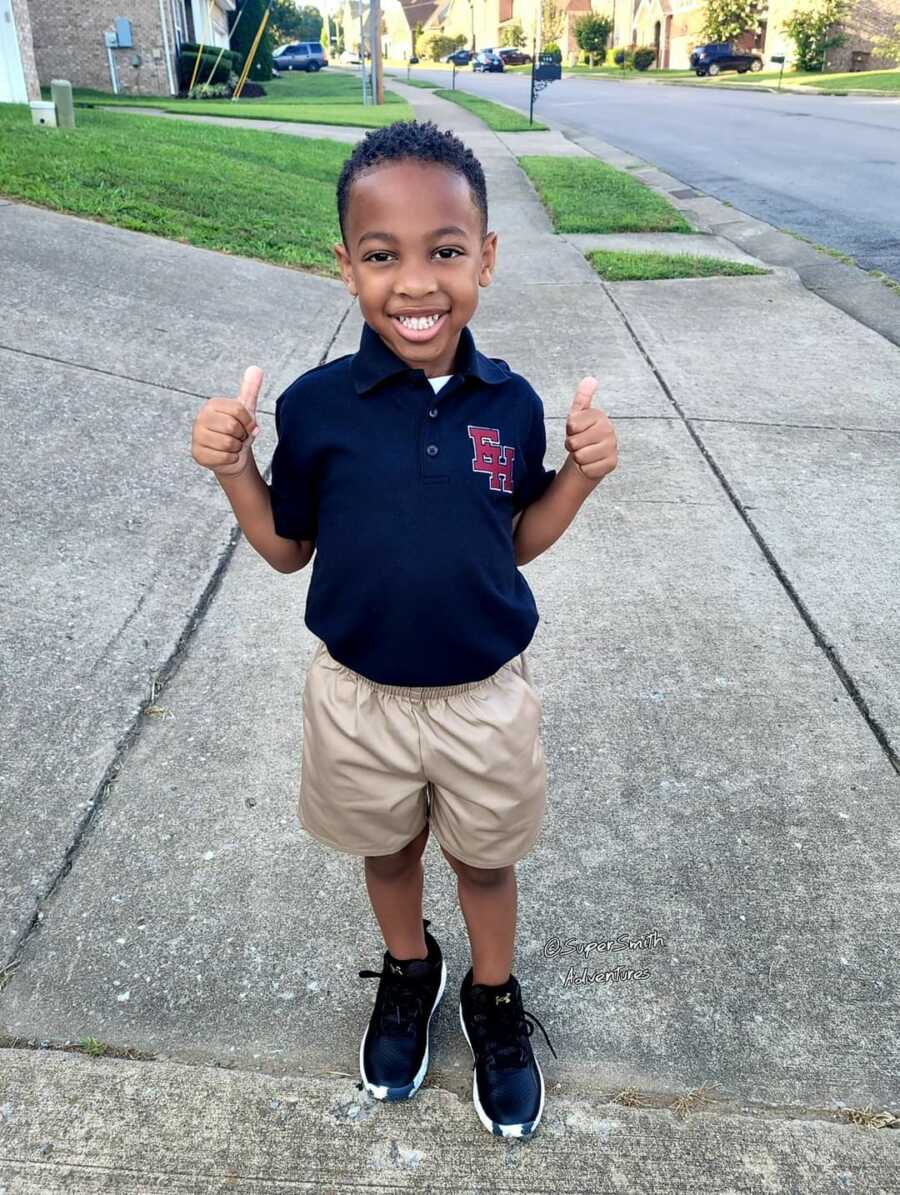 Our son’s pure and genuine act of kindness also caused a chain reaction behind us AFTER the light turned green in rush hour traffic, and it wasn’t a chain reaction of people impatiently honking their horns! The number of people who rolled down their windows last second after his gesture to give to this man was simply incredible.

Oh yes, I was paying close attention to the rearview. I typically do in hopes that someone else will give if I can’t. Who knew it’d be our 5-year-old to start the blessing And an even more pressing question, how foolish would I have been as a father, as a parent, to not have allowed my son to give because of my own insecurities or baseless embarrassment at that moment?

Our little boy, without even realizing it, reminded me once again by his actions that it’s always about the heart. It doesn’t matter how much you have or how little; giving in love and sincerity will often bless others more than we think. What if I had let my pride or my silly little insecurity of only giving 30 cents stand in the way of that moment? 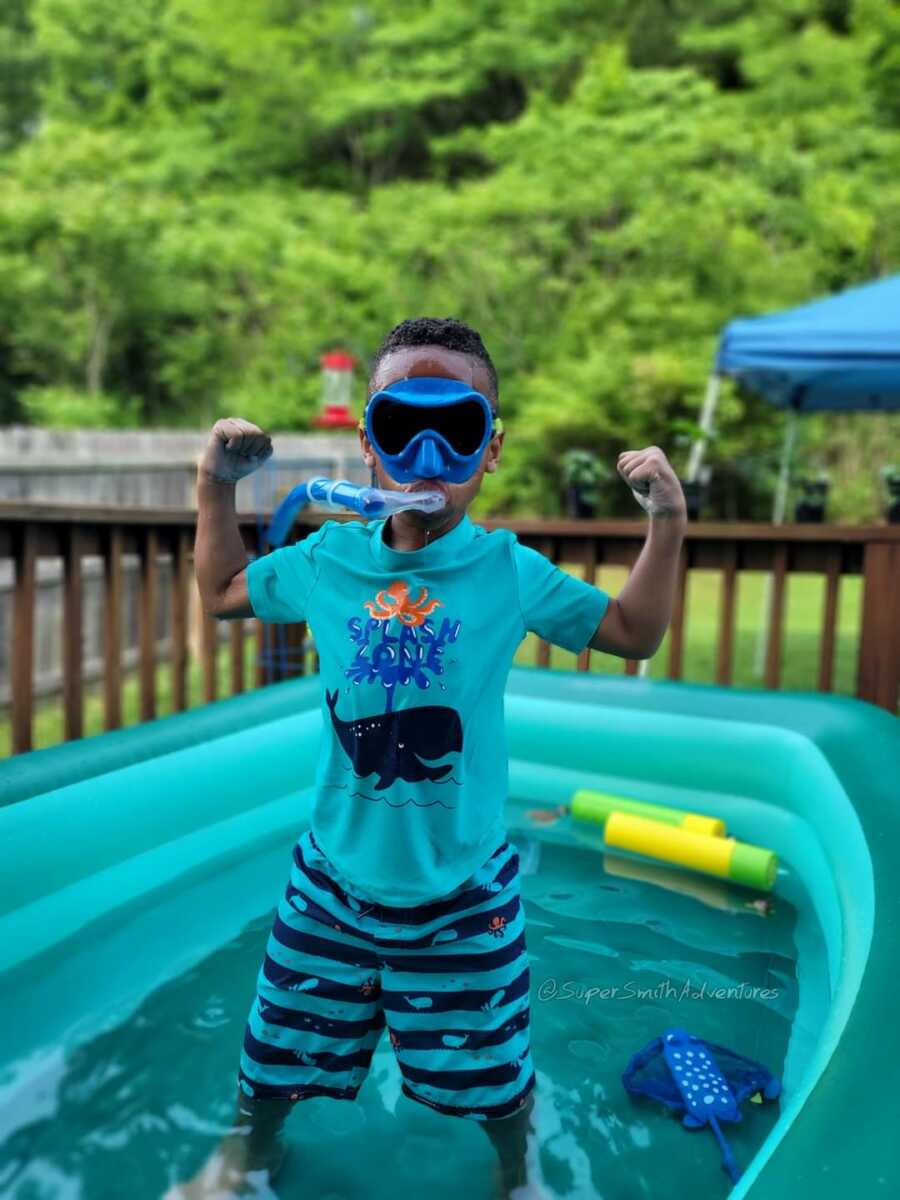 I really almost told my son, ‘Let’s wait to give until we at least have one dollar. I really almost told our son that what he had wasn’t enough.I almost showed him that what he sees as a good thing and is in fact a good thing, isn’t good enough to make a difference in someone’s life. I almost taught him that pride was more important than helping another human in need.

The only thing that matched the brightness of that stranger’s smile after that moment was the sun; and even more than that, the big smile on our ‘baby’ boy’s face! I’m just grateful that I didn’t fail as a parent in that moment. I’m thankful that he has my wife’s heart!”