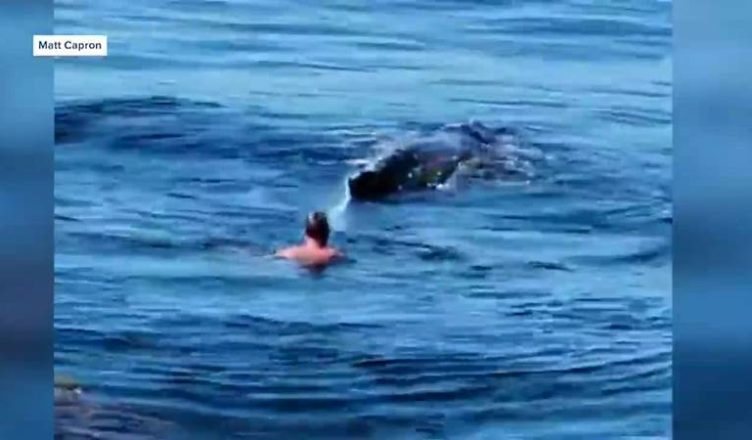 For a crew of fishermen off the coast of San Diego, California, a day at sea began like any other. Matt Cabron and four buddies spent the evening wrangling a 180-pound bluefin tuna from the seas near Point Loma!

The men took an hour and a half to land the big catch, and they expected the adventure to be the highlight of their trip. They were mistaken. The fishermen saw a baby whale trapped in the ropes heading down to a lobster trap on the ocean floor the next day. 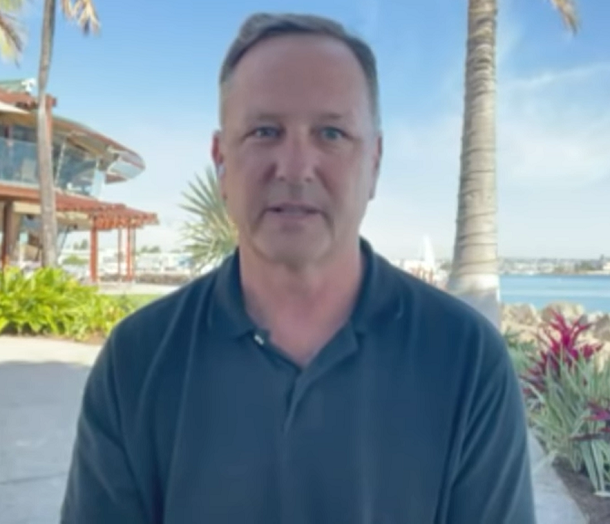 “I said, ‘Hey, there’s a whale on this paddy,’” Matt recalled. They pulled the boat up alongside the animal and noticed that the line was wrapped around the whale, trapping it so it couldn’t swim free.

“It couldn’t move because it was essentially attached to the bottom of the ocean,” said Matt. “It was probably between four to seven feet down. The rope was attached to its body right before the fluke, and it was looped six or seven times,” Matt said. That’s when he decided to dive in to help. 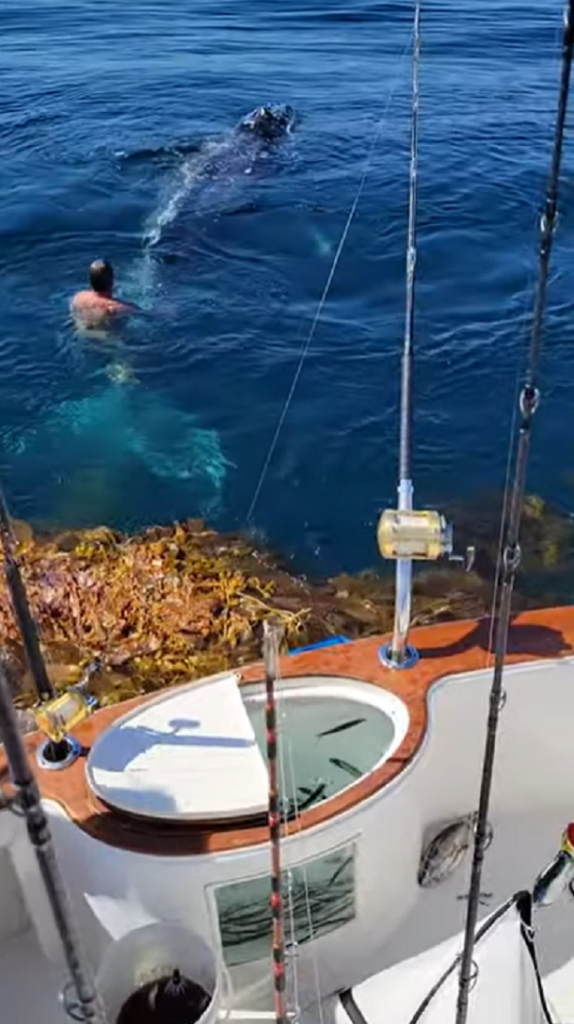 Matt grabbed a filet knife, took a deep breath, and plunged into the water near the whale. His friend recorded the whole rescue, and the video shows Matt repeatedly diving beneath the surface to slice the ropes away from the whale’s body. Within just a few short minutes, the whale was free!

“Today we saved a whale!” exclaimed Matt’s pal from the boat. Matt later admitted that he didn’t think twice about jumping in because “being in the sea with a whale” was such a fantastic experience. “We’re simply so lucky that we happened upon it at the right time,” he remarked. “It was certainly one of the most memorable experiences of my life. Honestly.” 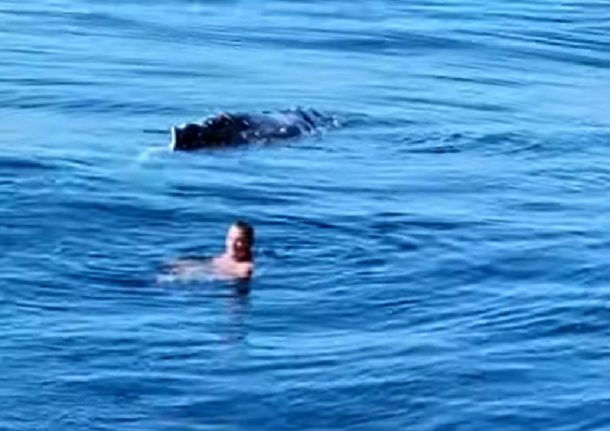 Thanks to Matt and his friends, this young whale has a chance to grow up. You just never know when you’ll be in the right place at the right time when nature needs a little help!

Watch the dramatic rescue below, and be sure to share this story to thank Matt and his friends for taking the plunge to help an animal in need.