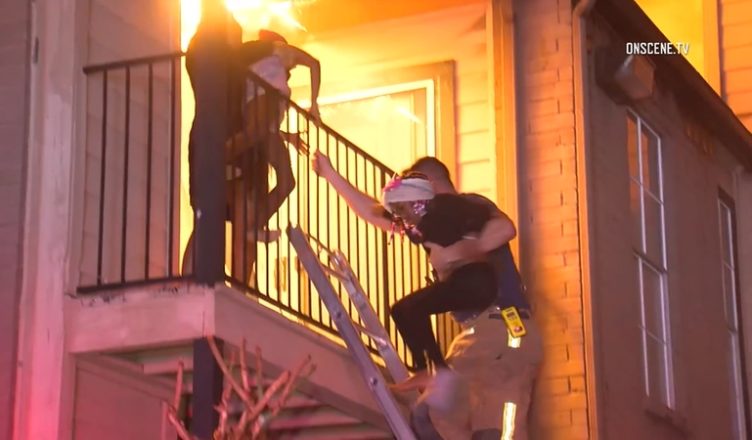 In Houston, a young mother and her three children had a tight escape. After the family’s home was completely destroyed by a catastrophic fire, they witnessed death firsthand. It was one of several fires that broke out at the Cornerstone Village Apartments after midnight on Sunday morning.

The family was saved from their apartment balcony thanks to the bravery of the Houston Fire Department, and they all escaped unharmed. The fire resulted in the loss of 16 flats. 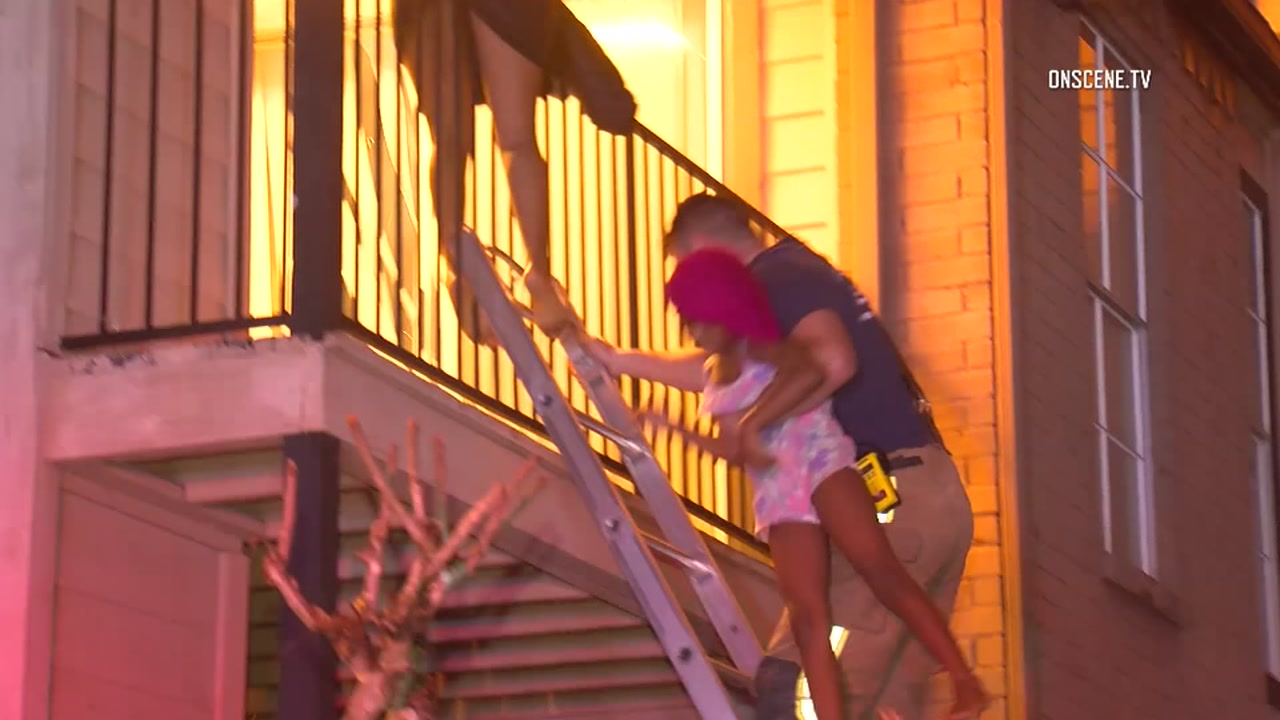 It’s still unknown what caused the terrifying blaze, but firefighters reportedly arrived at 14131 Cornerstone Village Dr. just before 2 a.m. to battle the raging flames in the North Bend Apartments. Fire officials say no one was hurt and everyone is accounted for. What sparked the fire isn’t known, but the Harris County Fire Marshal Office is investigating.

The incredible video shows firefighters bringing the family down a ladder perched against the back balcony while flames raged behind. A neighbor tweeted that that balcony collapsed just one minute after everyone was rescued. Another family of four also escaped the fire before it reached their apartment.