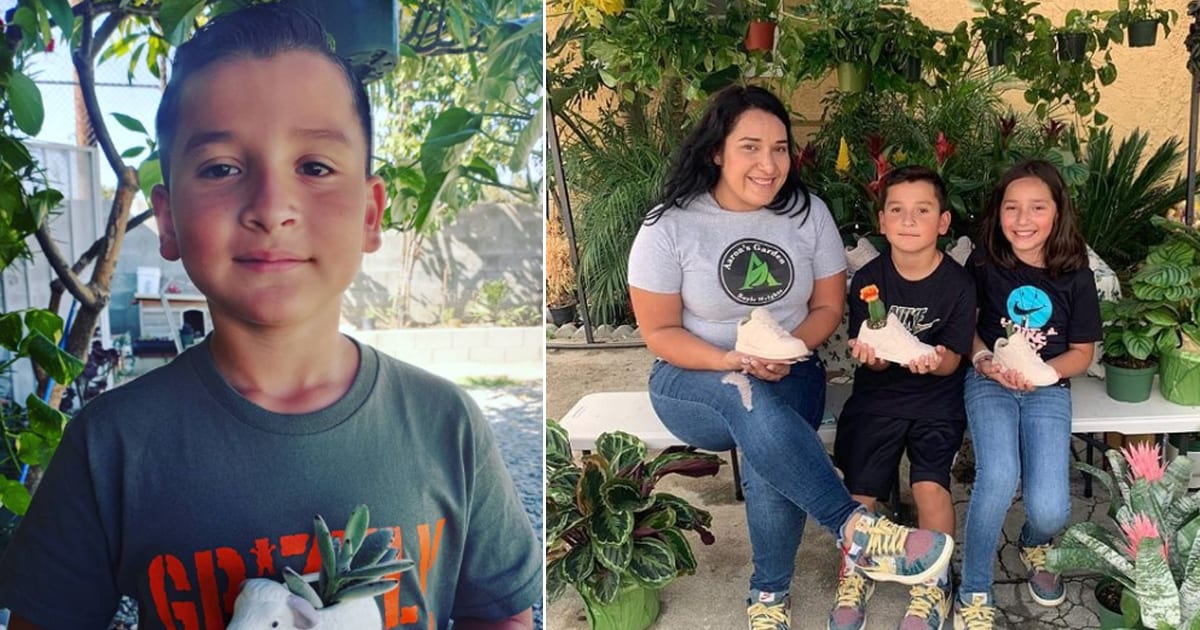 The beginning of the pandemic had been very cruel to 8-year-old Aaron Moreno and his family. His mom lost her job and they ended up living in a shed in East Los Angeles. To help his family get by, he started a plant business and through his patience and hard work, they are now on to a great start at their new home!

Being homeless was a real struggle for Moreno’s family. They had to use the bathroom at nearby restaurants and sleep in awfully-hot conditions. Their situation also made it difficult for the young boy to complete his homework. “As a mother, it broke my heart. I felt like I was failing my kids,” Pacheco said.

Down to their last $12, there was no giving up for 8-year-old Moreno. He even thought of starting a small business with what’s left in her mother’s pocket. He invested their last $12 in eight miniature succulents, which gave him a four-dollar profit. Moreno kept investing in plants and people kept buying them, which helped him save a few hundred dollars in the bank.

Moreno and his mother are both plant lovers, with aloe and “money tree” being his favorites. Selling them also allows him to gain a better understanding of their advantages. For one thing, they realized that aloe vera has medical capabilities, which came in handy when they were bitten by mosquitos. Last March, Moreno’s inspiring story went popular on the Internet, and many people wanted to help him save money for a new home.

One of Pacheco’s high school classmates, Esli Ramos, also set up a GOFundMe page to support Aaron’s plant business. They got a lot of positive comments from people, mostly encouraging ones, which helped them keep forward amidst all their struggles. It turned out that Moreno wanted to save not just to afford an apartment but also to be with his sister again.

Her sister Ayleen was with their grandmother in Mexico and has been living there for two years. Apparently, they lacked enough resources to provide for her needs.
Because of this fundraiser, Moreno gained thousands of followers on Instagram, making him an instant social media celebrity.At present, Moreno and his family are happily living in a one-bedroom apartment. “We finally have our own kitchen. Aaron and his sister have a place to do homework,” said Pacheco. “It’s not big but it feels huge to us.”

Moreno couldn’t be any happier now that they finally have a home. There’s no need to battle with unbearable hot conditions and uncomfortable situations. Apart from growing his plant business, Moreno has lots of other good things to look forward to. “My next job after having my own plant shop will be working for Nike and making my own shoes and then I plan to go to the university so I can become a judge,” Moreno said.

What an inspiring determination from an 8-year-old! At a young age, Aaron Moreno obviously understands life hardships and knows how to help his family. The beginning of his story was so sad but we’re happy to see its silver lining and his family’s chance at a better life. We hope that more people will lend their hands to those who are struggling, especially in these times of pandemic.