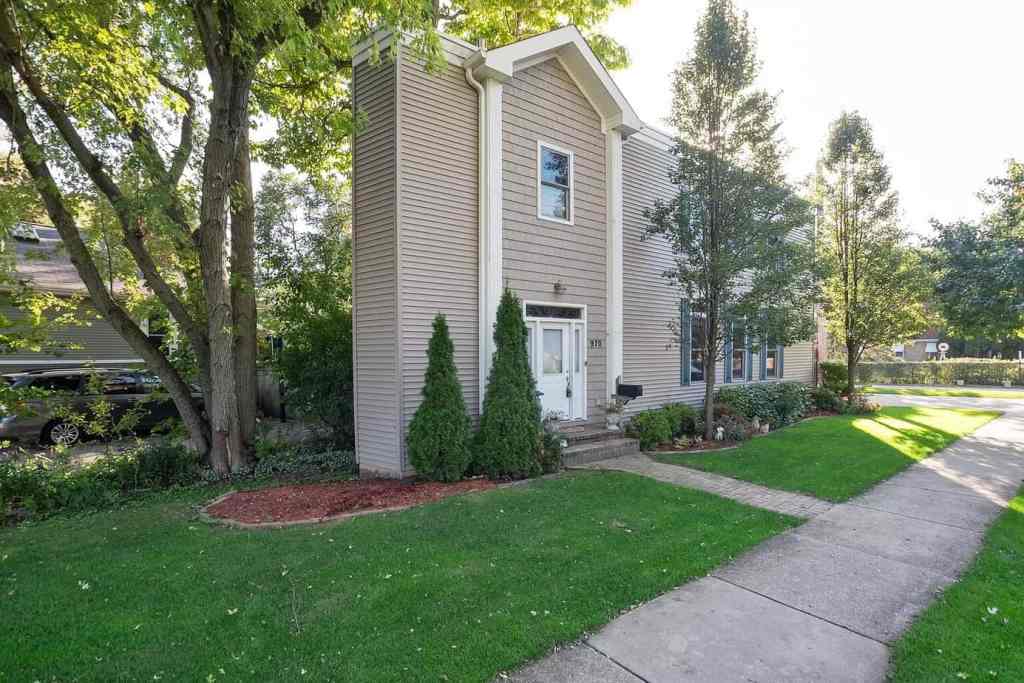 If you’re a TikTok user, you’ve probably seen one of the latest viral clips on the popular online video sharing platform – a home in Deerfield, Illinois, dubbed as the “Skinny House. ” It’s known to locals as the “Pie House,” but TikTok gave it a new nickname because one of its sides measures only 3 feet wide. Anyone who sees it for the first time will surely scratch their head in amazement!

It gained fame after it was shared on the online video sharing platform by TikTok user @eli.korn_ did a brief video tour of the home’s exterior and shared it on the platform. “Skinny house skinny house skinny house,” he wrote multiple times over the footage. The home’s slim exterior baffled viewers and left them with a lot of unanswered questions!

“How does someone live there?” one commented. “But like…how do the stairs work? Are they just an entire corner? Are they spiral? is it just a LADDER?” another wrote. “One gust of wind and it’s all over,” someone joked. As it turns out, the Pie House is not that skinny in its entirety. It’s actually built on a 3,876-square-foot triangle lot and extends to about 20 feet in width.

The magnificent property boasts over 1,600 square feet of living area and includes everything a regular home would include, including two bedrooms, two and a half bathrooms, and a finished basement. According to the Coldwell Banker Realty website, it boasts “excellent natural light with tons of charm.” After his first video went viral on the online video sharing platform, @eli.korn_ followed up with many more movies showcasing the structure’s outside in greater detail.

Coldwell Banker Realty’s Alan Berlow just sold the house for $260,000. He disclosed that the skinny end of the house is actually where storage and one of the bathrooms located. He also revealed how the house gained its nickname in the neighborhood. “It’s in the shape of a pie.” Berlow added, “It’s also a’slice’ of history in Deerfield, an area on Chicago’s famous North Shore.”

When its original owners first built the home in 2003, they had to fit the entire home on just 40 percent of the lot, according to the realtor. This is to comply with an ordinance on the Village of Deerfield, which states houses built in the area must allow space between homes and roadways. “The space and how it’s distributed through the home is certainly nontraditional but it works. The home was built specifically for the size of the lot and it’s far more functional than it looks,” he added.

Plus, the interior looks nice too! Thankfully, the house is listed on Zillow, where curious people can look at several pictures of the inside. It has an open floor plan on the main level with hardwood floors. There’s also a decent-sized bedroom, a clean and modern kitchen, and a beautiful living room space. The bathroom facilities are great, and the house maintains its classy and minimalist decor throughout.

The Pie House has been getting a lot of attention online, but Berlow says he isn’t surprised by this at all. “It’s so unique and it’s a very well-known home in the community,” he said. “As far as some of the viral videos on TikTok, it just goes to show the curiosity of real estate flows through all generations, and we’re excited they are putting their own brand of creativity on it.”

Learn more about the “Skinny House” in the video below.