Neighbors Reported about 90-Year-Old’s Home To The City. The city was about to put a woman out on the street. But one youg man… It seems like so long ago that an elderly person could rely on the help of others in their neighborhood to help them whenever something went wrong. It was never an official expectation, but neighbors would often stop by occasionally just to check on them and say a friendly hello, or help them with some odds and ends jobs. The jobs were never big, just help move debris or to fix up something around the house!

However, it seems like that time has passed us all by. Now everyone is so busy and focused on their own lives that elderly people are easily forgotten about. But there’s one incredible story that will remind you that there are still good people out there. 90-year-old Marie Louise Sikorski has lived in her home in Sarasota, Florida ever since she moved in when her daughter was in the 6th grade. 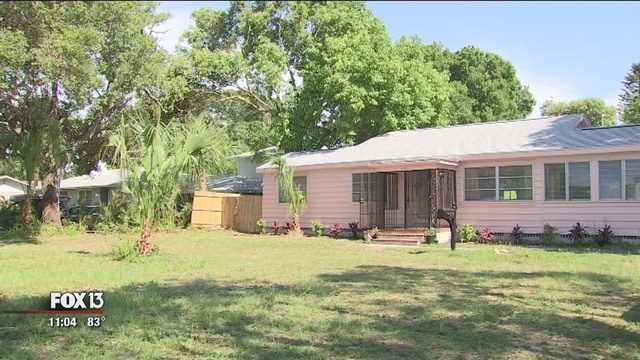 The home is full of memories, both good and bad and she still loves her home dearly. Unfortunately, while she’s an active elderly woman, she is still an elderly woman, and time took its toll on her home. She simply didn’t have the money to pay someone else to do it, so the house just sat.

Her neighbors began to notice the state of disrepair going on with her house, but instead of helping her, they decided to just ignore it. As if the situation wasn’t bad enough, someone had the nerve to call into the city and file an official complaint about her home!

The city took the complaint seriously and soon enough an inspector came out and checked out her house. The inspector told Marie that she either had to fix the home or she would be kicked out of her own home. The city was about to put a 90-year-old woman out on the street. 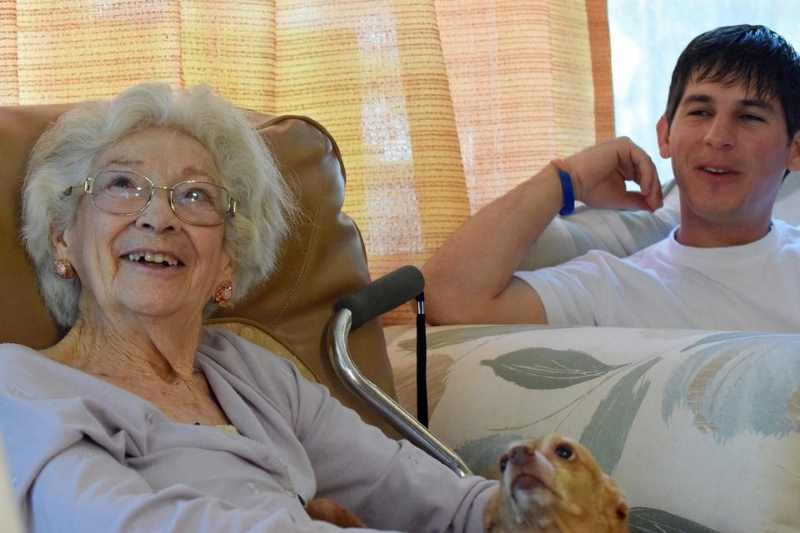 The situation appeared dire because she lacked the financial means to hire someone to assist her in repairing her property. However, when a young neighbor noticed what was going on, he volunteered to assist her. Miles Gomis, the young man, brought out his own tools and got to work. While he wasn’t a skilled carpenter, he was quick to pick up new skills, and her house began to look better and better.

Originally Miles thought it was going to be a simple task, but before he knew he had spent a lot of time over at her home, fixing it up. Miles explained in an interview with Fox 13 News. It’s been quite a journey over the last 2 1/2 months. I’ve just done mostly cleaning up, taking down the fence, and just little handyman stuff. 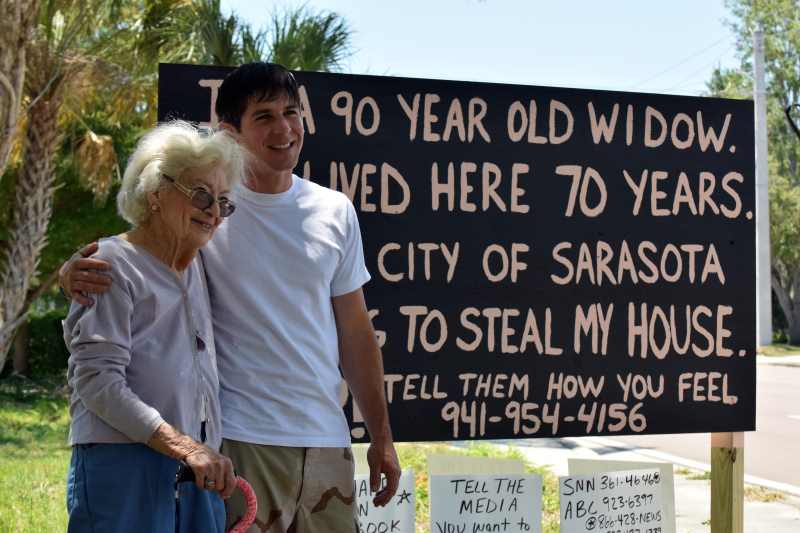 Still, Miles wasn’t going to be able to repair all of the issues to her home. She would need a professional contractor to help her out. So Miles set up a GoFundMe to help her out and erected a large sign in her front yard explaining her dire situation.

The response was remarkable, with many contractors offering to help, to concerned citizens the world over offering her donations. The city even offered to waive the fines.