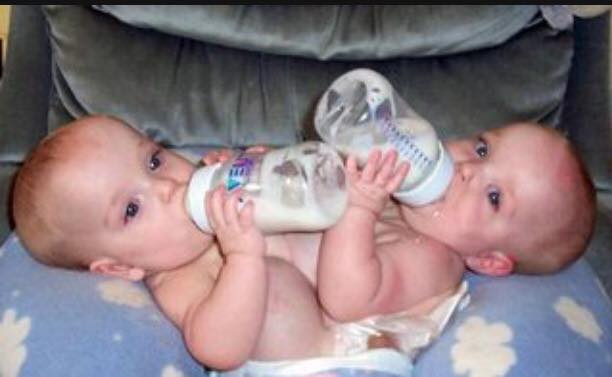 All teenagers look forward to celebrating their 18th birthday. Although it’s a special occasion for everyone, this milestone becomes even more meaningful when you’re born under unique circumstances. Sisters Mackenzie, Macey, and Madeline Garrison were born in December 2002 as triplets, but two of them—Mackenzie and Macey—were conjoined twins.

Their biological parents weren’t ready to take care of them, so they decided to give the triplets up for adoption to have a better chance of survival. Luckily, one couple stepped up and took them in. Darla and Jeff Garrison have always fostered kids with fragile medical conditions. However, none of those placements became permanent. Although they already had three biological sons—Tyler, Matt, and Luke—they’ve always felt that having girls would complete their family!

So when Mackenzie, Macey, and Madeline were born, the couple immediately volunteered to foster them. They took in Madeline first when she was four days old, then took Macey and Mackenzie at four weeks old. The conjoined twins weighed 2.2 pounds each when they were born. They were attached to the pelvis with entwined intestines. They had a leg each but shared a third non-functional limb.

In September 2003, Macey and Mackenzie underwent a 24-hour multi-staged separation surgery at the Children’s Hospital Los Angeles. Dr. James Stein, a pediatric surgeon, took over the operation six weeks after the successful surgery, the formerly conjoined twins were able to go home. Once they were settled, Darla and Jeff started the adoption process, and two years later, the triplets officially became members of the Garrison family. Fast forward to almost two decades, and the girls are now about to turn 18!

Though this has been a tumultuous year, the Garrison sisters couldn’t help but feel excited about what’s coming in the last weeks of 2020. The triplets are gearing up for Christmas, New Year, and their 18th birthdays.“We’ll be home [for Christmas], but we started a tradition last year: The girls wanted to do name draws,” Darla, 50, told PEOPLE of their plans for the holidays. “We didn’t buy presents for everybody, we just did a name draw within our family, and so they requested we do that again this year.

”After their separation surgery, Macey and Mackenzie relied on prosthetics and crutches to get around. Despite their unique condition, the twins have led normal and happy lives. Like most high schoolers, the girls love driving around aimlessly with pals when they’re not working their after-school jobs. They also enjoy horseback riding, climbing trees, and bonding with their many pets in their Iowa home.

The family hopes to perform an escape room with the triplets when they turn 18 on December 16. However, due to the epidemic, this plan has been put on hold. Mackenzie, Macey, and Madeline plan to graduate from high school and enter college in the year 2021. “Earning graduated and getting scholarships since they all want to go to college is going to be our priority in 2021,” Darla added.

“As parents, we have three other boys, so we haven’t been able to save a ton of money.”“They work hard in school. With the girls being unique and adopted, and just all the challenges they’ve had… we’re hoping for maybe some academic scholarships, so we’re going to be searching those out,” she added. Mackenzie still isn’t sure what program she would take, but she enjoys agriculture and plant anatomy. Macey, on the other hand, wants to become a kindergarten teacher.

Madeline wants to be a nurse and, eventually, a nurse practitioner. Her focus will be on geriatric patients with Alzheimer’s and Parkinson’s. Growing up in a loving household and seeing how bravely they faced life’s hurdles, we’re sure these girls have a bright future ahead of them!