Why this Smart Dad Who Made 3D Arm For His Son Makes One For a Girl? 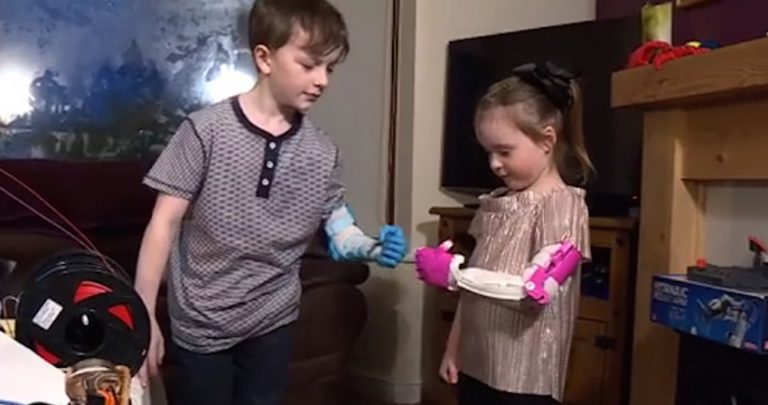 Six-year-old Keira Campbell was born without a left hand. Doctors told Kiera’s family that she was too young for a prosthetic limb. But when Callum Miller saw her story on Facebook he decided to help. Miller’s son, Jamie, also was born without a hand. But rather than take doctors’ advice, he bought a 3D printer and made Jamie a robotic hand. He has now done the same for Keira!

“She can now handle things correctly, which she couldn’t before, and she’s quite happy with it.” Kiera’s mother, Nikki, told Gazette Live that her daughter is becoming more autonomous. “She’s getting used to it day by day, and she can now put it on herself, and she was drinking a milkshake with it.” She stated, “I’ve never seen her so excited to go back to school.”

Kiera, herself, is overjoyed she can now hold things and play with her dolls. Watch Keira and Jamie talk about what the impact the 3D printed hands are having on their lives.