This Couple paid only $100 for an old car they found in a storage unit, but Elon Musk bought it from them for nearly $1 million 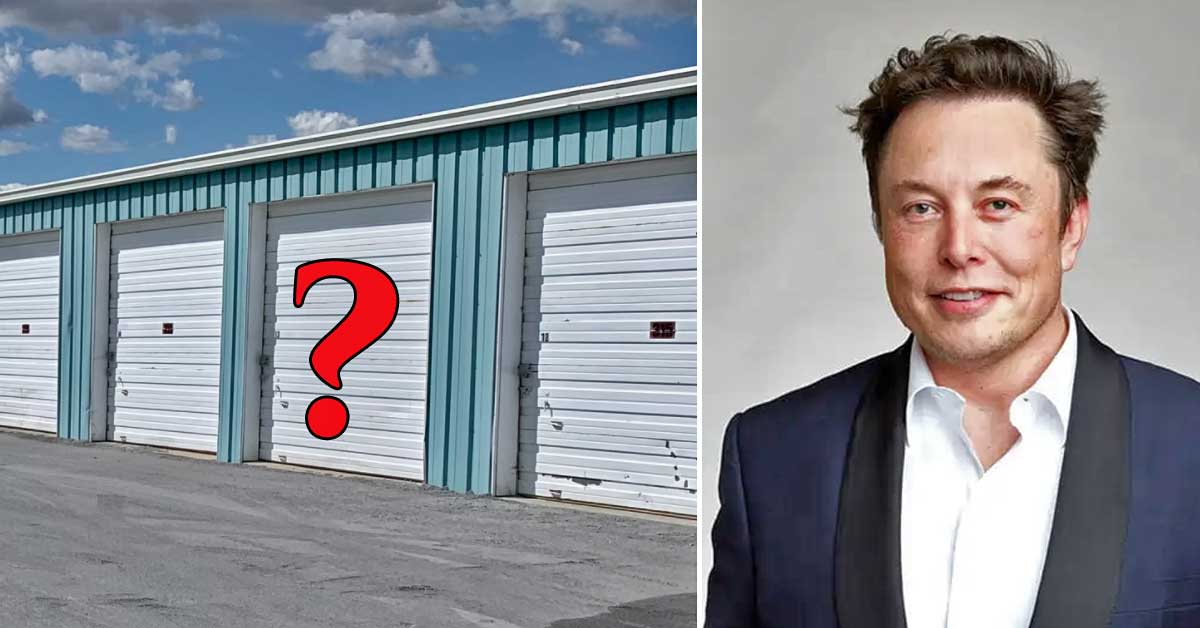 During a blind auction in 1989, a couple from Long Island, New York, paid roughly $100 for an unclaimed storage unit. Neither they nor the seller knew what was inside, so they were greeted with a pleasant surprise when they opened the unit buried under some blankets is a 1976 Lotus Esprit sports car used in the 1977 James Bond flick, “The Spy Who Loved Me.” In the movie, the vehicle transforms into a submarine that has the ability to fire missiles underwater!

The sports car is one of the eight used in filming the Bond movie, but it’s the only one that worked in underwater scenes. It had been kept in the storage unit after filming and stayed there, forgotten for over a decade until the unnamed couple, who ran a business renting construction tools, came along. Years later, Elon Musk bought their precious find for nearly $1 million!

Initially, the couple really didn’t know what they had in their hands, according to Doug Redenius, co-founder of the Ian Fleming Foundation, which validated the vehicle. They haven’t even seen a single Bond film. “They had no idea how valuable their discovery was,” Redenius said of the couple in 2013.

The husband had planned on fixing the car’s dented roof and making other improvements. But after loading the auto onto a truck and setting off for home, the truckers contacted them via CB radio to tell them they were hauling a James Bond car. The man later went out and rented a movie on VHS and finally realized what they had. After cosmetically restoring the sports car, they displayed it in exhibits over the next 20 years before deciding to put it up for auction in 2013.

Redenius had only heard about the car’s existence years after the couple started exhibiting it. He sought them out and authenticated the vehicle with the original builders. Then, he put the couple in touch with RM Sotheby’s, telling them before the auction that if it sells for what they were hoping for, they would have enough money to live comfortably for the rest of their lives. Luckily enough, that actually happened.

The Lotus was sold to a secret buyer during a 2013 auction at RM Sotheby’s. It was later revealed that Musk was its new owner, and he reportedly bought the car for a whopping $997,000!Musk said he had grown up watching the Bond film. “It was amazing as a little kid in South Africa to watch James Bond in ‘The Spy Who Loved Me drive his Lotus Esprit off a pier, press a button and have it transform into a submarine underwater,” he said in a 2013 interview with the auto blog, Jalopnik.

“I was disappointed to learn that it can’t actually transform,” he added. “What I’m going to do is upgrade it with a Tesla electric powertrain and try to make it transform for real.” A marine engineering firm converted the Lotus into a functional submarine—a process that cost more than $100,000, which is equivalent to almost $425,000 today.

The car, nicknamed “Wet Nellie,” was sold in 2013 without wheels, only “articulated fins.” It couldn’t drive on land, but it functioned as a submarine and was equipped with ballast tanks to make diving possible. The car was also fitted with “a bank of four propellers” in its back that let it move underwater while being powered by electric motors kept in a water-tight compartment.

During filming, a veteran US Navy SEAL dressed in full dive gear and carrying an oxygen tank performed the underwater shots as the vehicle’s interior was filled with water. Musk noted that the Lotus was part of the idea for Tesla’s Cybertruck. The Cybertruck has even been teased by the billionaire CEO, who said in a tweet that the vehicle “will even float for a bit.”

If you think the 1976 Lotus Esprit Submarine was outrageously expensive, think again. It wasn’t the most expensive car from a Bond film to be auctioned. An Aston Martin DB5 used to promote the 1965 Bond film “Thunderball” was sold for $6.4 million to an undisclosed bidder in August!