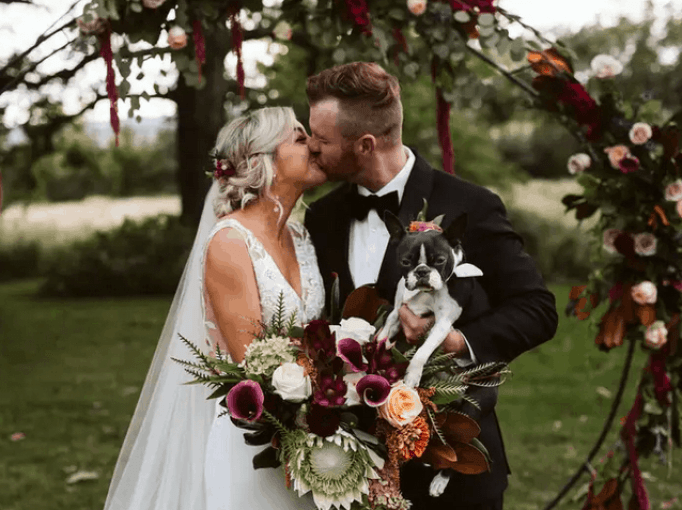 The “first look”, where a groom sees his bride for the first time in all her wedding day glory, is a precious moment that couples want to cherish forever. But this bride chose to take another approach to this tradition, knowing perfectly well that she wanted to do it with a person very close to her heart – her little brother.

She talked to a co-worker about it, who suggested that she do it instead with her brother. Ashley never thought of it before, but the idea clicked. “Why didn’t I think of that sooner?” she said. Her little brother Nick, who has Down syndrome, is her “best friend,” she told Good Morning America. “My relationship with Nick is a beautiful one, but also a normal one. I’m his biggest supporter and we love each other fiercely.

But, he is still my little brother and we do normal things that brothers and sisters do. We bicker and we annoy each other. We frustrate each other at times, and then the next day they are forgotten, and we’re back to normal, and that’s normal. At least it is for us,” Ashley shared.Ashley commissioned a photographer, Kelsey Watroba, to capture the moment Nick first sees her as a bride. She describes her brother as someone who “wears his emotions on his sleeve.”

“When Ashley said that she wanted to share the first look with her brother, I immediately loved the idea,” Kelsey told Insider. “I really admire that Ashley and her husband Brian chose to plan their wedding around what was right for their family, regardless of what is popular or traditional.

”When the day came for Nick’s first look at her soon-to-be-married sister, he was left speechless. Seeing Ashley in her bridal dress, the look of utter love and excitement shone from his face. There was “not a dry eye in the room” as the emotional first look was happening.

“He was just like teary-eyed and blinking. You could tell he was just feeling so much emotion,” Ashley recalled of the precious moment. “He couldn’t even say anything. It was exactly what I wanted.”Once Nick was able to speak again, his message to Ashley was short but sweet: “You are the most indescribable person in the world. I can’t even describe it.”

Ashley will remember that moment for the rest of her life because both of her siblings were in tears. Kelsey posted Ashley and Nick’s first look images on her Facebook photography page after the ceremony. As of this writing, the post had received 28,000 replies and 14,000 shares.

Thousands of people commented on the gorgeous photographs, sharing their own wedding tales involving loved ones with impairments. To learn more about Ashley and Nick, watch the video below.