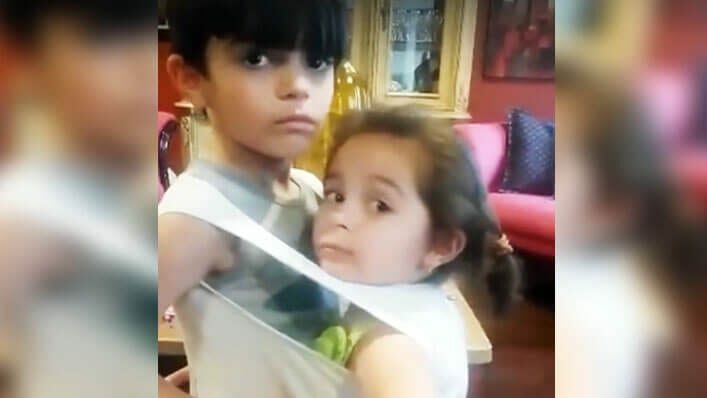 Every parent has their own way of disciplining their children. Some kids are put in the corner, some are sent to their rooms, some are grounded from television or video games, and if you’re my mom’s kid, you write “I will not disrespect hurt, or tease my sister anymore” 300 times on pen and paper.

One mom is making waves on Facebook this week after a video of her discipline method went viral for ALL the right reasons. Lilian E. Jose Antunes says she told her kids that the next time they fought nonstop, they would get “the shirt.” It sounds a lot less intimidating than a spanking or even getting grounded, but it’s proven her to be far more successful!

When Fighting Is Next Level. “I told my kids the next time they fought nonstop they would get “the shirt.” Now every time the fighting is out of control [sic] I’m going to put the t-shirt on them for 5 minutes and have them say ‘I love you to each other. It works like a charm!”

When the fighting gets out of hand, Lilian claims she places “the shirt” over their heads, which says “sorry” on one side and “I love you” on the other. Yes, both of their heads are wearing the same shirt. Instead of a more traditional penalty, they must stand with each other for five minutes, apologize, and say “I love you” to each other.

So far, Lilian says the cotton tank “works like a charm!” And parents everywhere are taking notes—planning to implement the positive reinforcement tactic themselves!