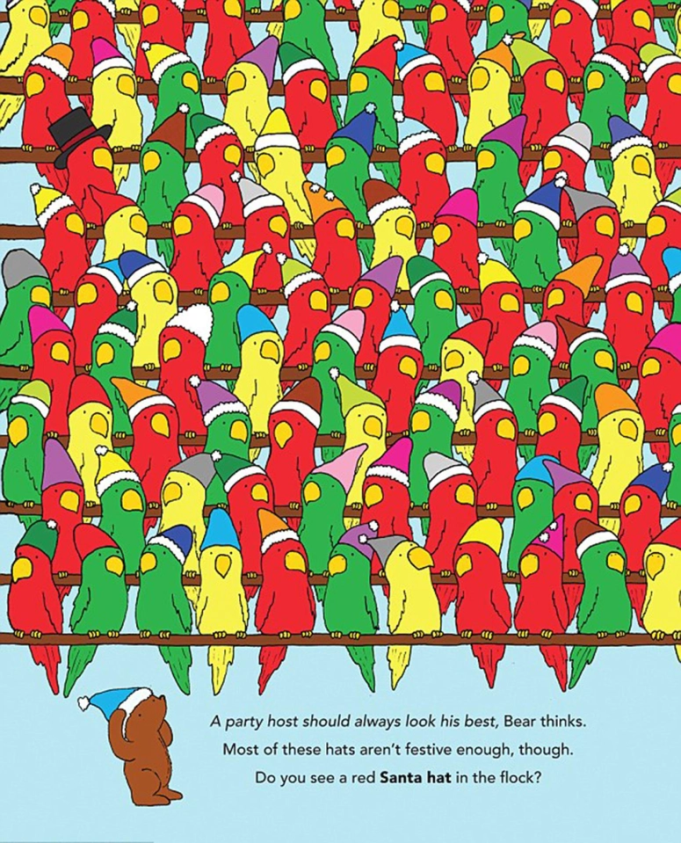 CAN you spot the Santa hat hiding in this festive scene? Only the most eagle-eyed viewers will be able to seek out the red and white head gear hidden amongst the cartoon birds.

Can you spot the Santa hat amongst these hat-wearing birds?The deceptively difficult brainteaser is the work of Hungarian cartoonist Gergely Dudas – better known as Dudolf.

After the success of his romantic Valentine’s snails puzzle and last year’s sheep nestled in the Santas, he is back with another tricky teaser. This latest puzzle is featured in his new book, Bear’s Merry Book of Hidden Things, which uses colorful illustrations and puzzles to tell the story of a little bear getting ready for a Christmas party.

Did you find it? If not, the answer is circled below. 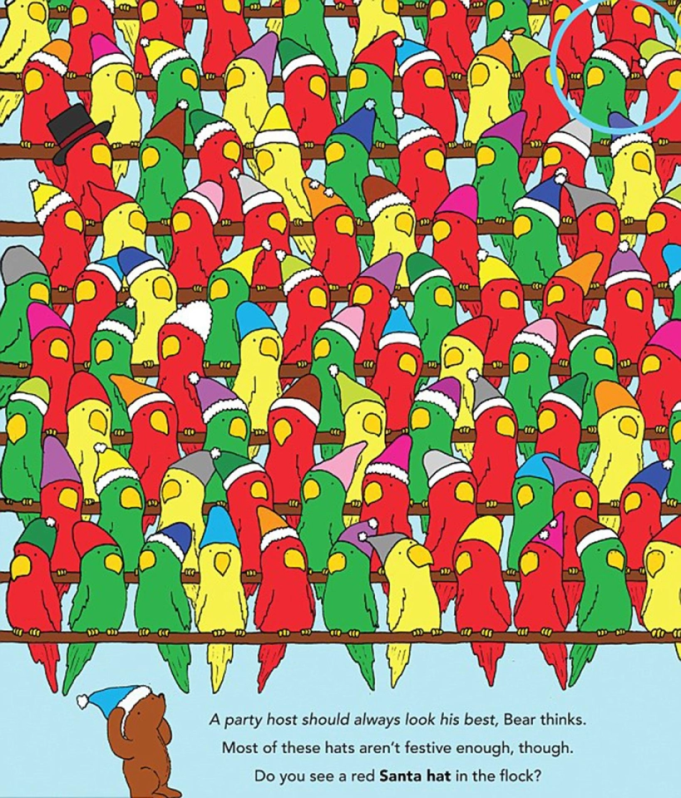