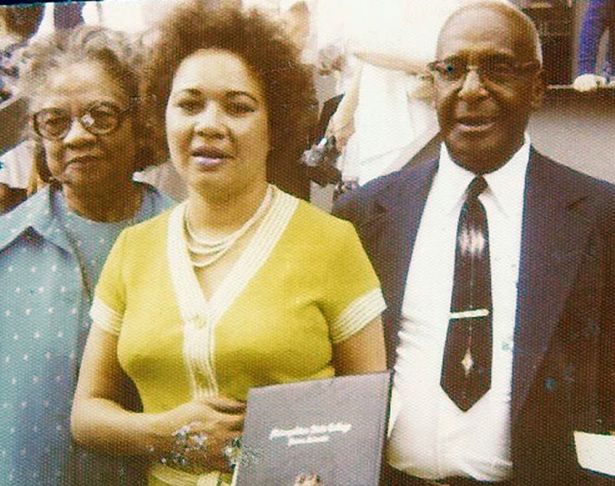 Verda Byrd was adopted at age two by an African-American family and grew up ‘immersed in black culture. She had never met her birth parents and had no idea she was actually white until she tracked down her biological siblings decades later.

In 2013, Verda Byrd, 75, from Converse, Texas, was told by her mother that she was adopted – a revelation that would change her life forever. Verda managed to get in touch with her siblings in 2014 and met up with her white biological sister, Debbie Romero, in Dallas Texas.

In September 1942, Byrd was born to Earl and Daisy Beagle. Jeanette was given to her by her birth parents, who she characterizes as white transients. Her father abandoned his family, leaving her mother to care for ten children.

After Daisy Beagle was involved in a trolley accident and fell 30 feet to the earth, the state of Missouri took her children away from her because she was unable to care for them. The newborn was given the name Verda Ann Wagner and was never informed of her biological parents or the fact that she had been adopted.

She was regarded as a light-skinned black child by her family and friends and admits she never questioned her background. Verda, who has been married twice and has a daughter of her own, said: “My adoptive mother, Edwinna Wagner, never told me that she had adopted a white baby.

She said that despite growing up in an African-American family in the US during a time of segregation, she didn’t experience racial discrimination.She started her search for her biological family and discovered the ethnicity she believed she was totally wrong.

Byrd has reunited with her living siblings. She said they don’t discuss race.