These Two men build tiny snowmobile camper from scratch, take a look inside 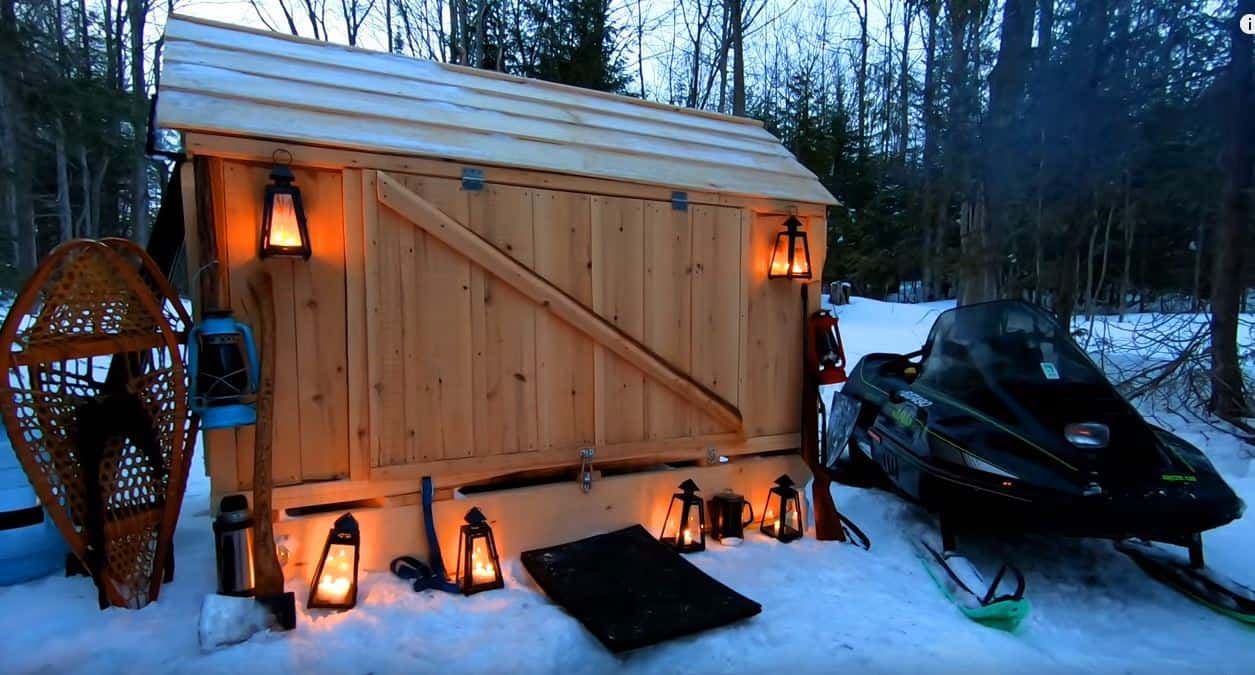 A father and son embarked on a project of building a snowmobile camper from scratch, and the completed project will surely inspire you to make your own! The YouTube video maker known as “The Outsider“ is all about wilderness living. He creates content involving “log cabins, wild food foraging, tractor logging, portable sawmill, survival shelters, etc.” on his channel!

Recently, he’s been uploading multiple episodes about his new passion project – a snowmobile camper – that he is building with his dad. In the videos, the pair showed viewers the step-by-step procedures on how to build the camper plus the additional materials that were used to complete it.On the first episode, the duo started building the camper from a winter sled that they previously made.

It was built so that he could stay longer on land and take shelter from the harsh winter while he observes the depths of the surrounding forest. Using the logs from the forest, they built the foundation of the camper on the sled. The Outsider used white cedar wood for this project, saying that it is the perfect material because of its lightweight yet resilient properties. The camper needs to be lightweight so it could be pulled by the mobile, yet sturdy enough to handle the terrain.

They began constructing the camper’s walls by cutting the lumber with their sawmill. The camper needed to be light and strong, but it also needed to be warm, so he insulated the interior with one-inch foam board insulation. This will keep the chilly winter breeze out while sealing in his body heat. They also added insulation to the ceiling before covering it with cedar wood.

He decided to put the sled to the test after putting together the majority of it — with the exception of the door and a few finishing touches. To determine if the snowmobile could drag it, he tried pulling it by hand, and he was able to move it rather effortlessly! And when he towed the camper to its destination,

In the following episode, the father and son returned to their efforts to the sled camper. They began installing a door that swings upwards and equipped it with the foam insulator. He installed a vent hole in one of the gable ends. “Ventilation is important in this case because it will keep moisture from collecting and condensing on the inside,” he said.

Since it was hard to get in and out of the camper because of the swing-up door, they decided to put in a pair of lift supports as a solution to this dilemma. And it worked really well! The light inside the camper is provided by the LED light strips that he installed on the inside walls, which when turned on reflects beautifully on the surface of the insulators.

The finished product is a cozy snowmobile camper that is perfect for overnight stays in the snowy forest! And what’s amazing? You can take the camper anywhere with you Watch the video below to see the father and son working on their snowmobile camper project. And be sure to subscribe to their YouTube channel to see more of their projects!