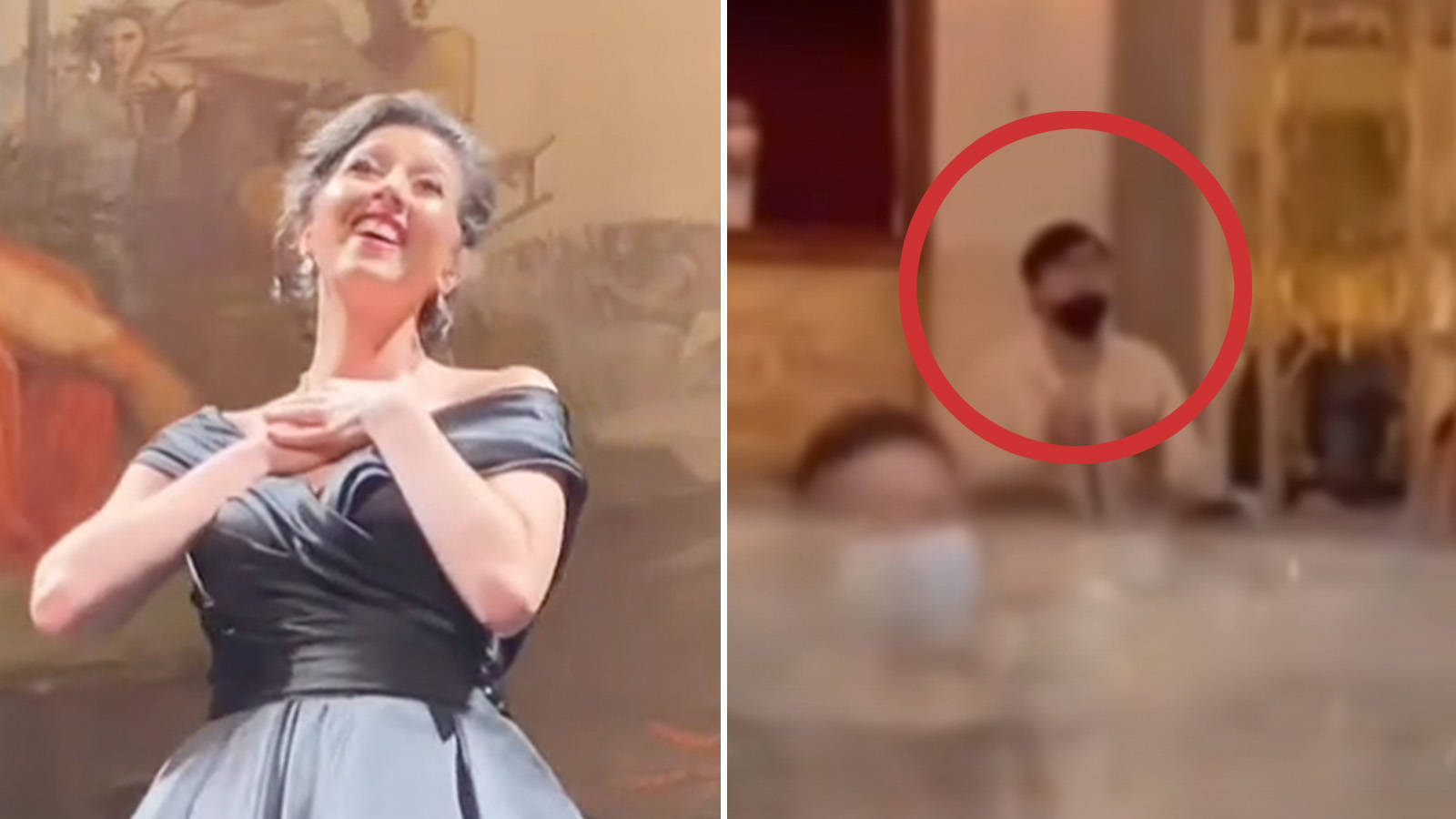 When a famous soprano was solo performing a Verdi aria that’s normally a duet, she received a helping hand by a fan—who happened to be a tenor—in the audience. In a beautiful story that highlights the international confluences in opera singing, Chinese music student Liu Jianwei was in Parma, Italy, to watch a Cuban-American soprano, Lisette Oropesa, perform a recital! 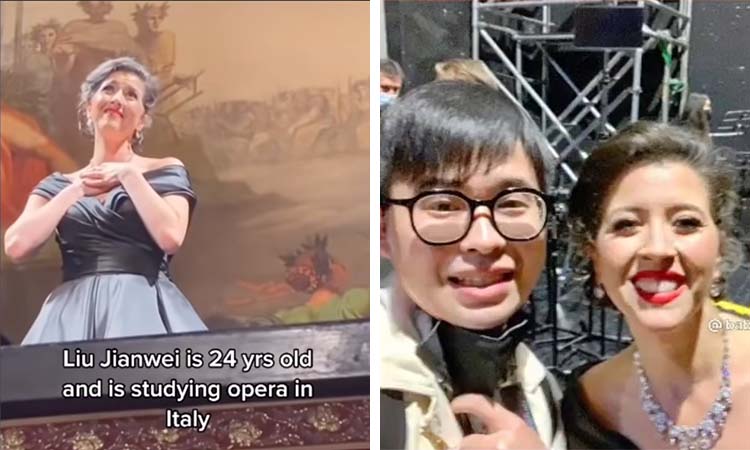 “Sempre Libera,” or forever free, from Giuseppe Verdi’s La Traviata, is meant to be sung principally by a female, with a male tenor’s voice from off stage, as if singing from below a balcony. After Oropesa finished the first bar without any male voice responding to her, Liu summoned the lion’s share of his courage and joined in during the second bar. Captured on social media, Oropesa’s voice and face is one of sheer delight and surprise, and the video has gone properly viral. 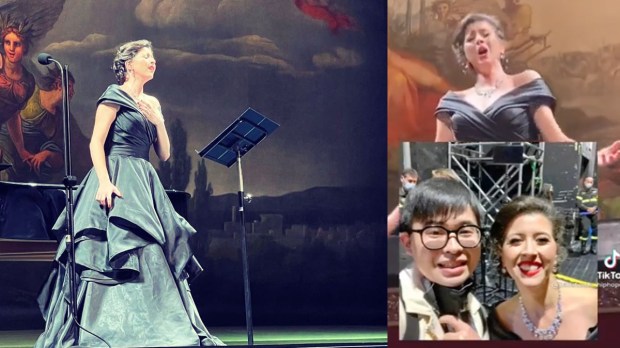 Violette, Oropesa’s role, is listed in the libretto as saying “Oh,” but the soprano’s subsequent “Oh Grazie” was a smart improvisation that the audience picked up on. After the videos went viral on TikTok, Liu, the consummate gentleman, came to Chinese social media to apologize for his behavior and advise others not to bother musicians while they are singing.

It was only because he had studied the tenor part of the aria thoroughly that he decided to take the risk, he explained.“It is definitely not something worthy of pride, nor something worthy of being advocated,” Liu stated in a video. “Please don’t interrupt singers when they are singing on stage. It’s impolite behavior. Don’t imitate me and I will never do this again in the future.”

Despite his regret, he was welcomed backstage with autographed photos and selfies.