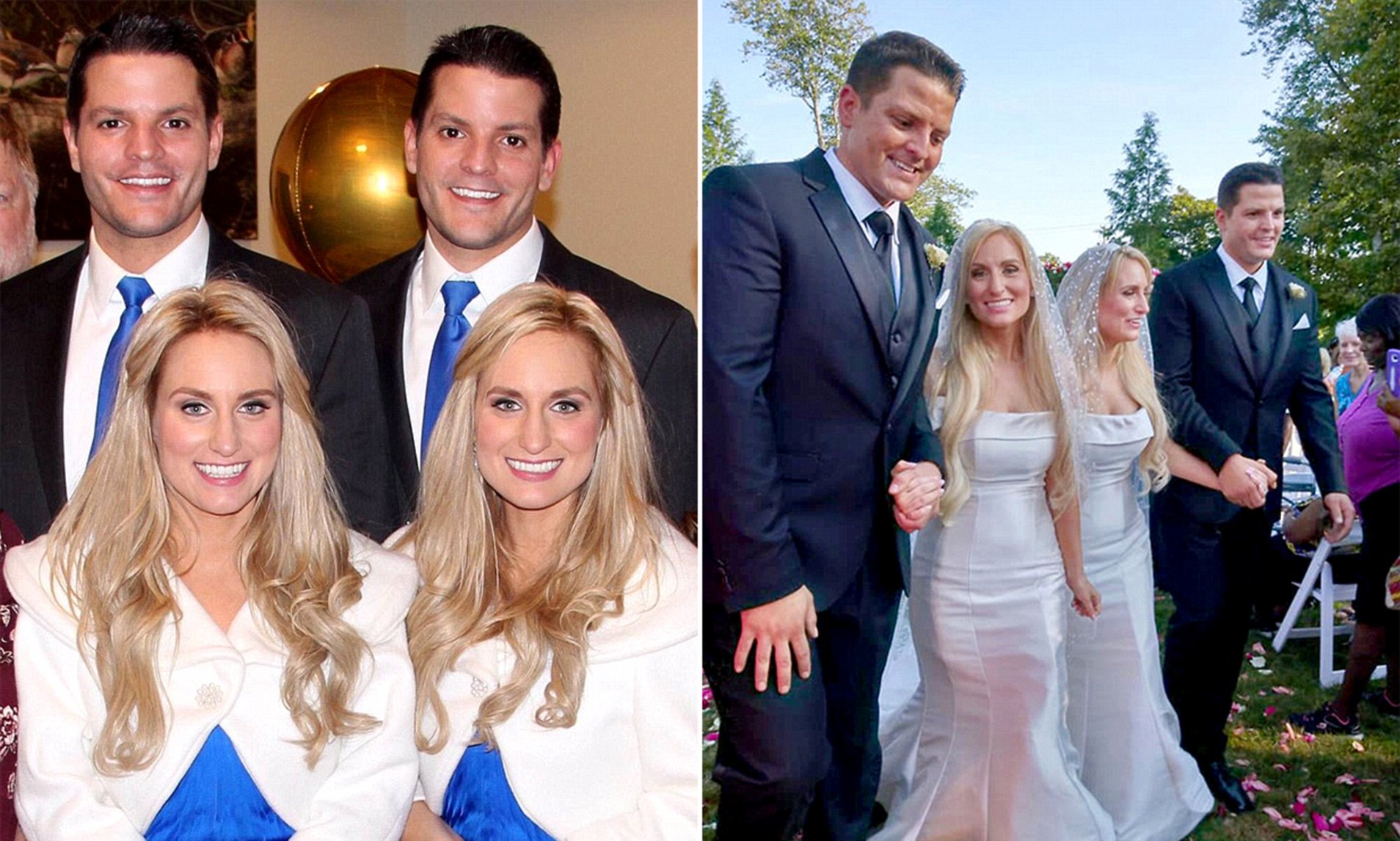 Identical twins Briana and Brittany have experienced most milestones of their lives together. And their latest double event? Babies! After breaking their pregnancy news on Instagram last year, the sisters, both 35, are now introducing their kids to the world. 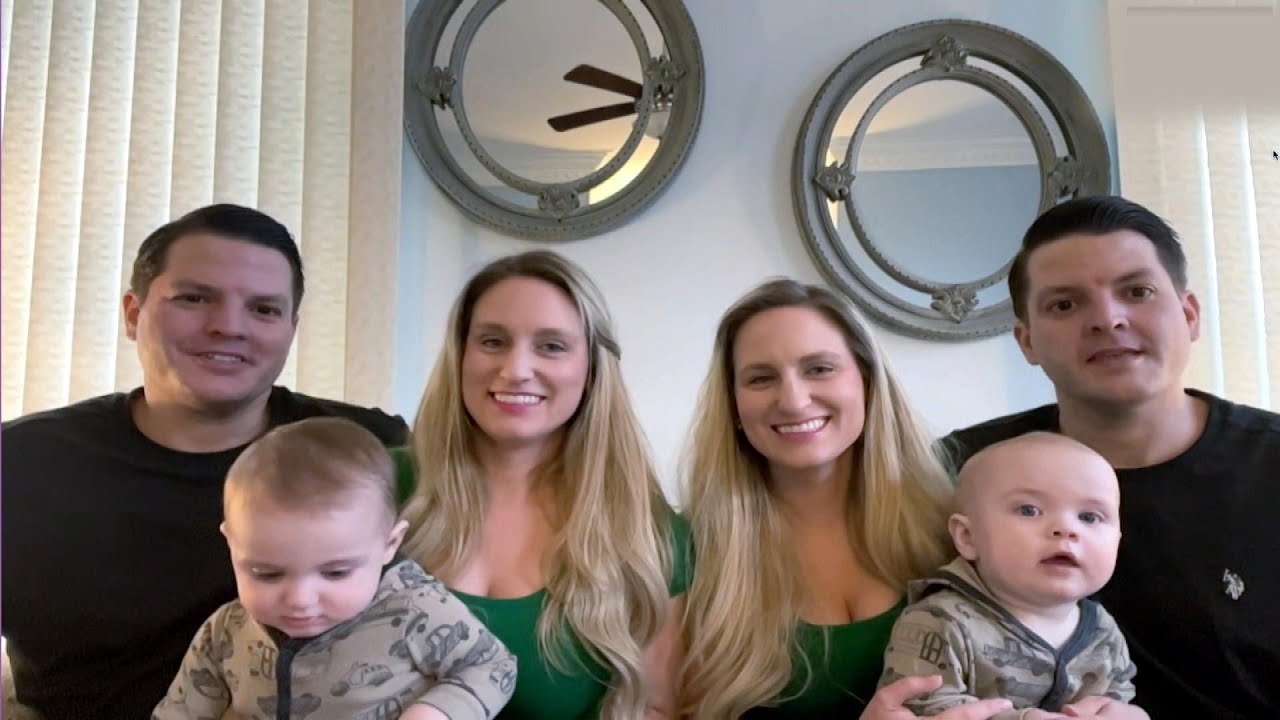 Jett, who turned one in January, is the child of Brittany and Josh, while Jax, who will age one in April, is the child of Briana and Jeremy. Although the babies are officially cousins, they are more like genetic brothers because their identical twin parents share the same DNA.

“We were hoping that we would have overlapping pregnancies so that this would happen. We thought it would be really cool,” Briana said. “There are only 300 quaternary marriages known in the history of the world.”The couples first met at the Twins Days Festival in 2017, with Brittany and Briana saying the moment felt like the men “just walked out of our twin dreams.” 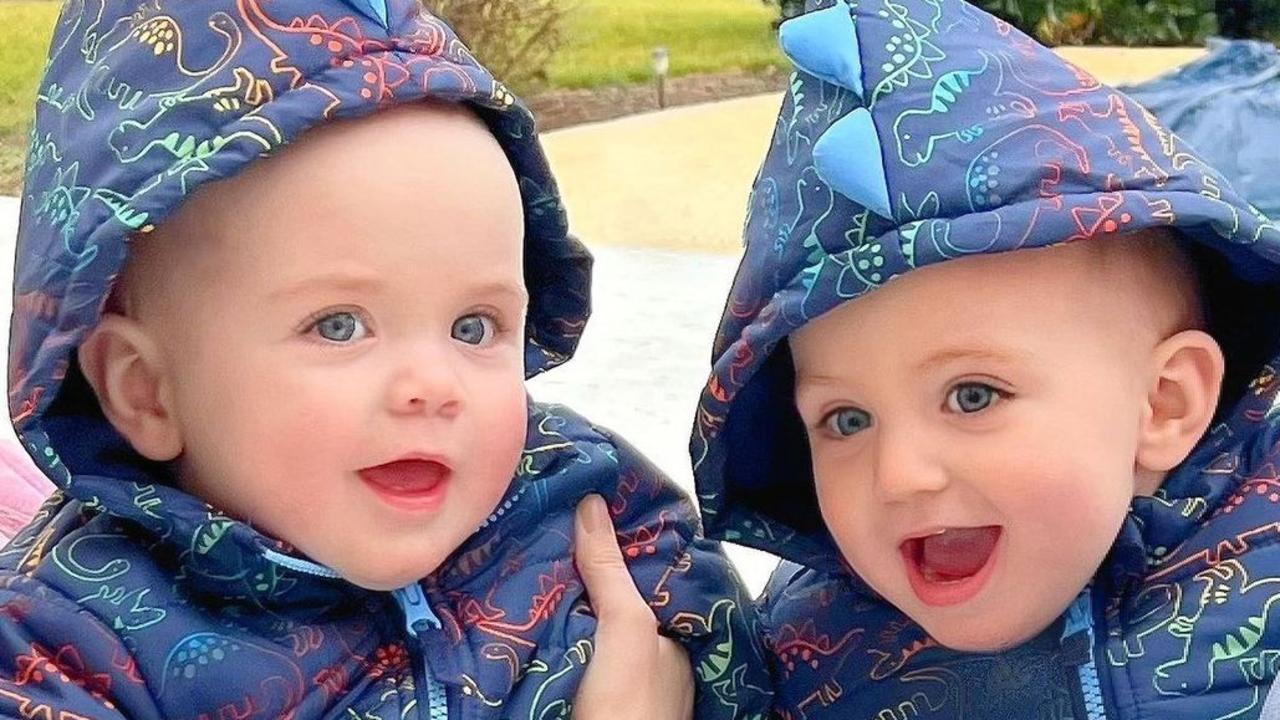 They had a double proposal at a park called Twin Lakes six months later. The lovebirds eventually married in a joint ceremony during the 2018 Twins Days Festival in Twinsburg, Ohio.

The former “Extreme Sisters” stars had dated nontwins, or “singletons” as they like to call them, but they’ve always dreamed of marrying another set of identical twins.“I think for a lot of people in the dating world, specifically singletons, they are looking for their other half,” Brittany said.

“We each already had another half – a literal another half. And we each previously had experiences where we dated people who were annoyed that it was not them who was considered the other half. But the four of us all understand the twin thing.”

The families live under one roof in Virginia and manage a wedding venue site together. “It was something we all four wanted and when we got engaged, we all wanted it that way,” Brittany said. “It’s something that’s very nice. (Josh and Jeremy) understand the twin bond as we do. We get to have a lot of together time.”

Like anyone who shares their journey online, the Salyers also get negative comments from people, but they’ve learned to shrug them off. “We try to ignore sociopathic stalker comments and just focus on the positive,” Brittany said.

“Some people think we are really strange and others think it’s really amazing. We’ve got a lot of support and interest and we’ve been grateful for that.” As for future babies, they’re still debating whether they should go for one more pregnancy or not.

“We will make a decision pretty soon,” Briana said. “The babies are still pretty young (and) we are trying to wait a little longer to see what to do.
Living together under the same roof has allowed their family to build a strong bond.”

“I feel like I’m Jett’s parent,” Jeremy added, “and I believe he feels the same way about Jax.” “We all live together and raise our children together.” It feels like one big family, rather than two separate couples, each with their own children. It’s just the four of us, plus our two children.” These children will undoubtedly grow up in a loving environment. Salyers, congrats on your bundles of joy!

More about this story below in this video: