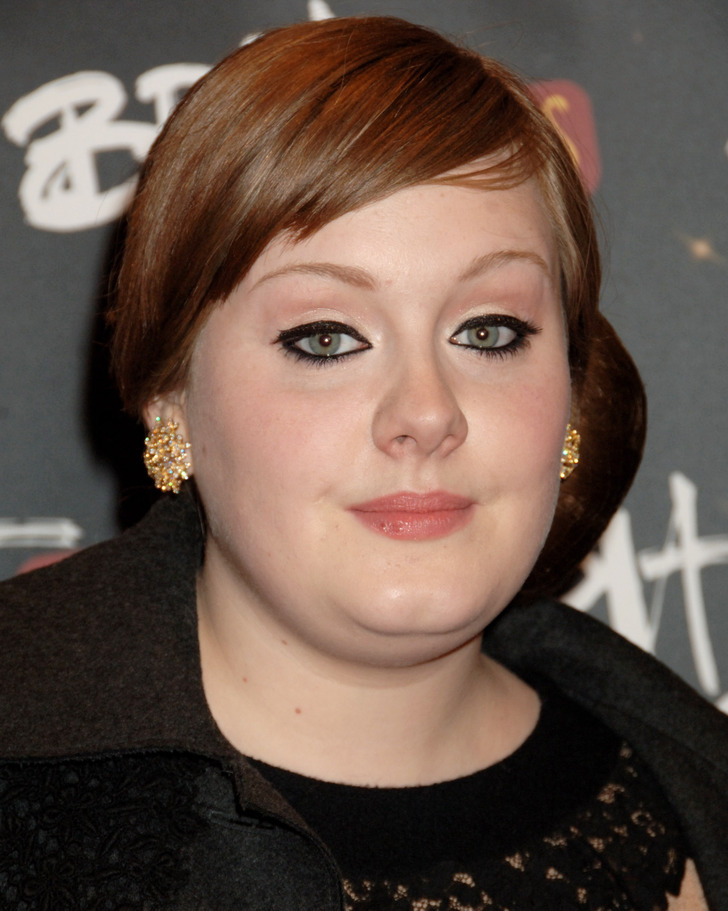 Adele started going to the gym not because she wanted to lose weight. In fact, she said in a recent interview that her weight loss was just a side effect of her exercising, which she started doing as a way to manage anxiety.

Currently, the media can’t stop talking about her style and shape. Her opinion about fashion is valued by many, including celebrities. Adele is often named a style icon, but this was not always the case. This photo is from one of Adele’s first appearances at a red carpet event. 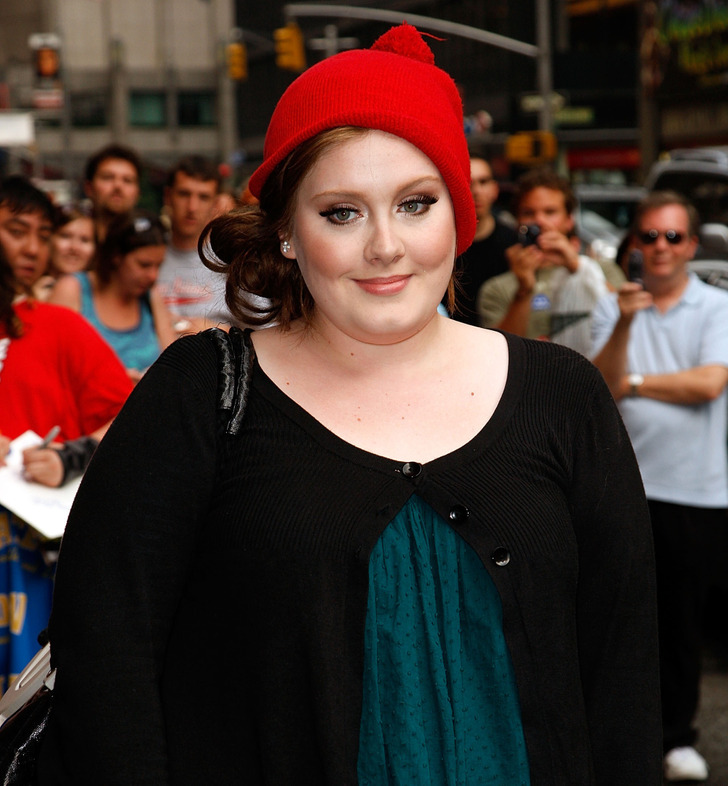 This was the 2008 Brit Awards in London. She was named the number-one predicted breakthrough act of 2008, her songs reached top positions in music charts, and magazines wrote about her, saying, “Adele truly has potential to become among the most respected and inspiring international artists among her generation. 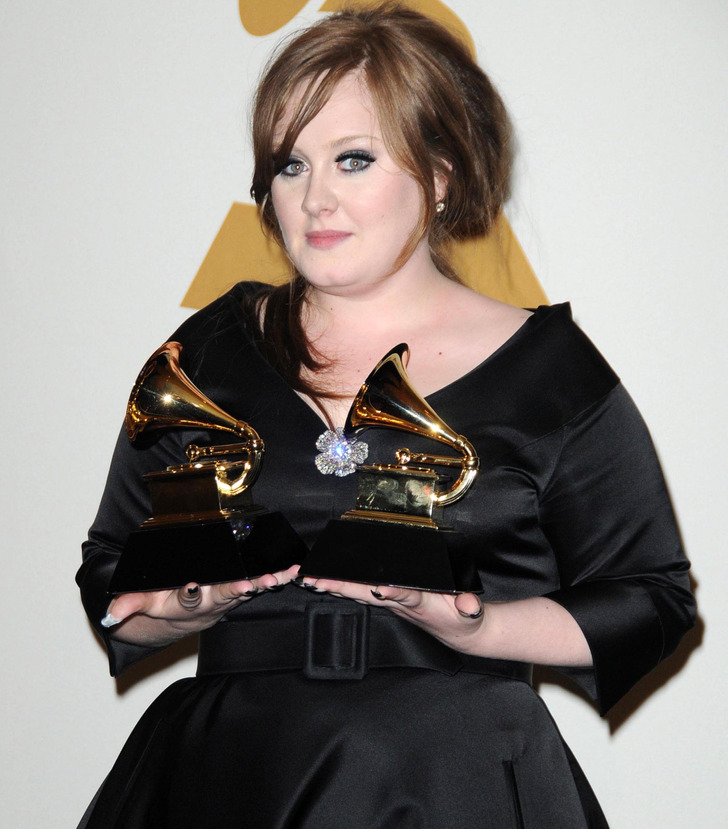 ”However, the young singer was far from the world of fashion but this is part of an artist’s job. In 2009, she was invited to take part in a photo session for Vogue magazine. Later, she said, “It was just like The Devil Wears Prada.” But Anna Wintour helped her out and chose beautiful dresses by famous fashion designers. 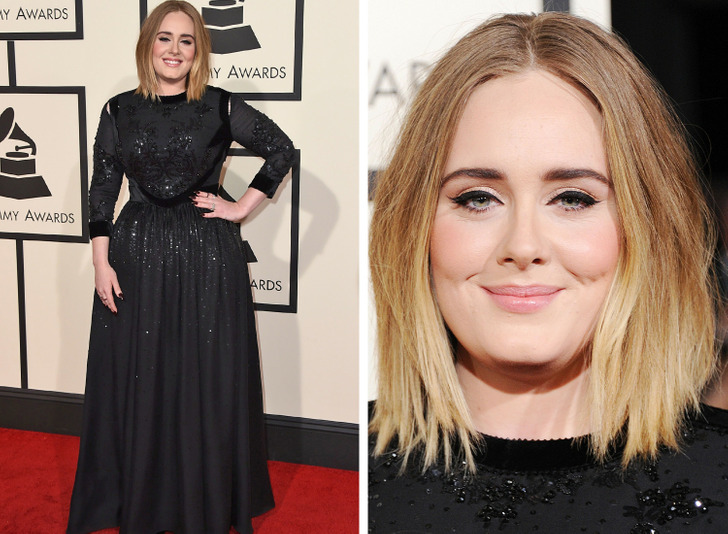 In 2009, a whole professional crew of stylists, makeup artists, and hairstylists took care of Adele’s looks for The Grammy Awards. As a result, she appeared at the event wearing a custom black satin cocktail frock by Barbara Tfank. Before the event, Adele laughed, “I’ll go proper glam.”

Meanwhile, Adele’s life was far from glamorous. She led a not-too-healthy lifestyle and canceled her performances because she was homesick while on tour. The singer referred to this period as her “early life crisis.”But soon the life of the emerging star improved. Adele and her music became more and more popular. 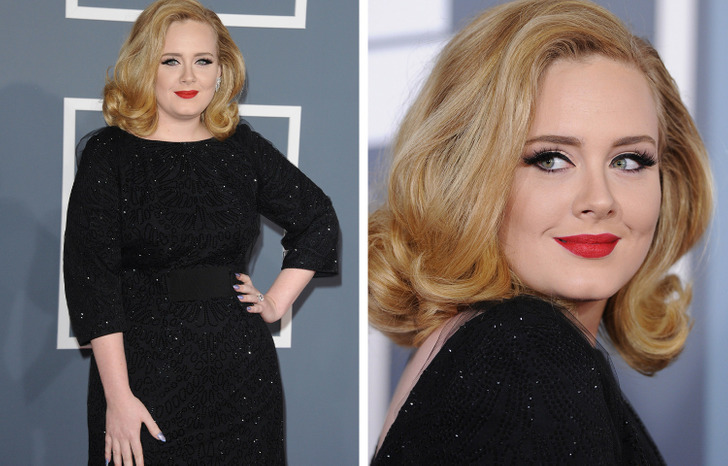 Her songs broke sales records, and magazines studied her every event appearance. At the 2011 MTV Video Music Awards, Adele wore a black dress and a 1960s-style hairdo.At the 2017 Grammys, Adele appeared in a shimmery Givenchy gown. Her hairdo and makeup were simple and didn’t distract attention from the outfit.

However, due to sound troubles on stage that day, her performance wasn’t as as good as it may have been. As a result, she gave her viewers a life hack: “I’m treating myself to a burger.” “Perhaps it was worthwhile.” 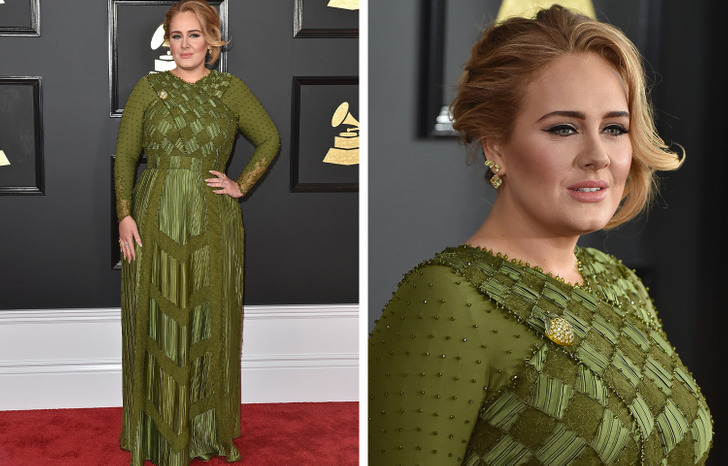 Adele took home five Grammy Awards at the 59th Annual Grammy Awards, including best album, song, and record. Her appearance was equally amazing. Riccardo Tisci designed a silk satin and lace-paneled Givenchy gown for her. Adele has become a style icon for both ordinary people and celebrities alike.

For example, a funny thing happened during her interview with Oprah Winfrey. Before the interview, Oprah asked her team to make her an outfit of an apricot color. But when she learned that Adele would wear a white suit, she changed her decision and chose an outfit of a neutral color. 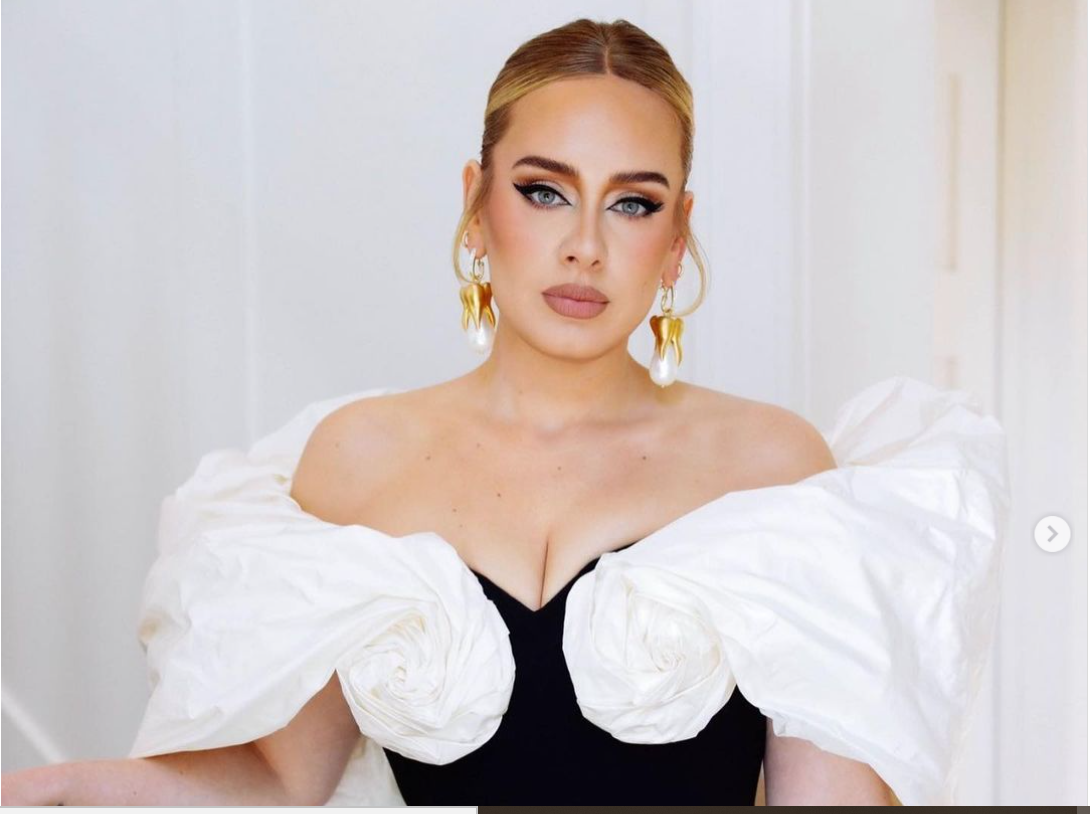 According to Oprah, she didn’t want to look like a parrot next to stylish Adele.In 2020, tabloids wrote a lot about the singer’s changes in her looks — she lost around 100 pounds. But she lost weight not because she wanted to have a slim body.

At the gym, Adele was able to cope with her anxiety attacks after her divorce from her husband, Simon Konecki.For many years, people associated Adele with body positivity. After her weight loss, she received many negative messages because her fans felt they were let down. 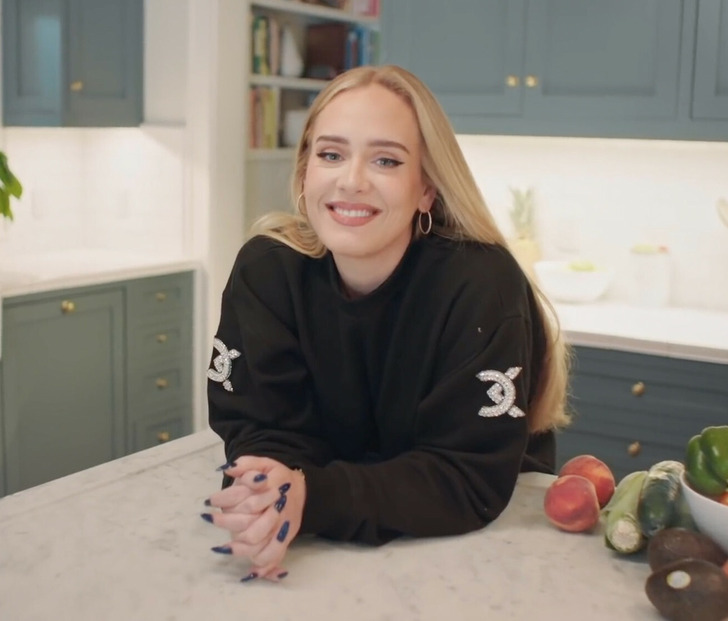 In response, the singer said that people shouldn’t hold her up as a role model. Moreover, she couldn’t say for sure that she wouldn’t gain weight again. “I was body positive then and I’m body positive now,” she said. Source: Bright Side