When Gregory Cuta accidentally rear-ended another car after hitting a patch of black ice, he had no idea it would change his life—for good. A dental makeover was farthest from his mind on that fateful day!

Greg of Fairless Hills, Pennsylvania, collided one morning with Cecily Rudalavage of Ambler, Pennsylvania, while they were crossing the Tacony-Palmyra Bridge. Thankfully, no one got hurt, and Greg profusely apologized for the mishap as they both examined their cars for damage. 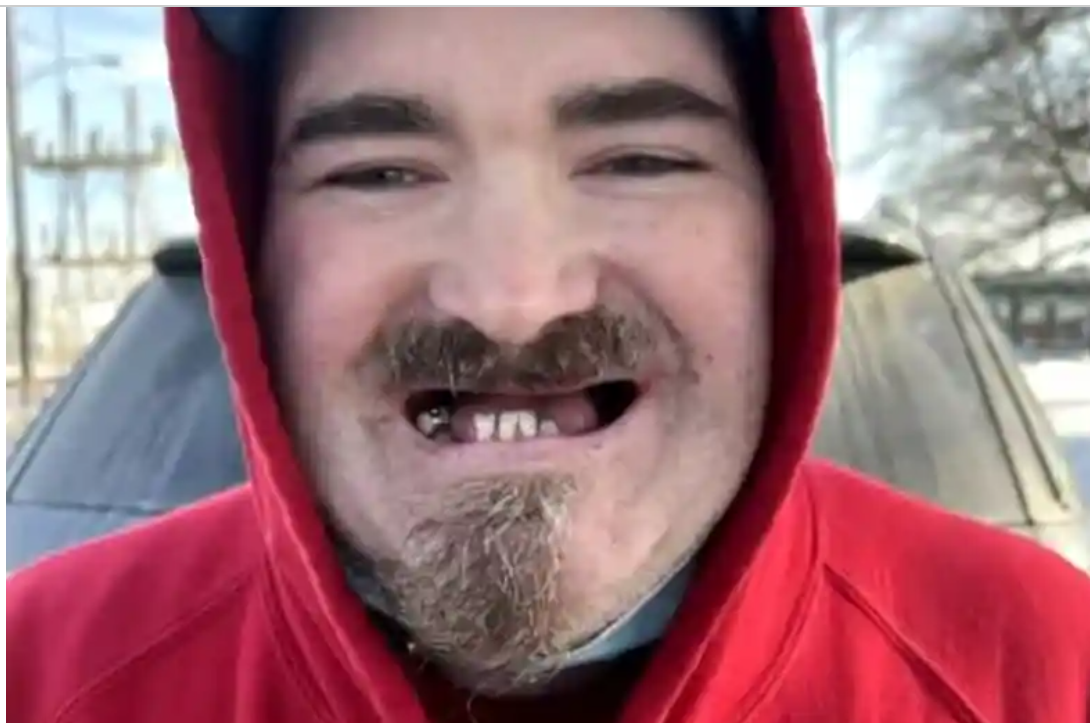 While they spoke, Cecily, who happens to be a dental implant sales rep for Ditron Dental, USA, couldn’t help but notice that Greg had very few teeth in his mouth. Unfortunately for Greg, the man had fallen victim to “one bad dentist after another.”

Poor dental service has made him suffer through a lifetime of pain, food restrictions, and embarrassment. He rarely smiled and opened his mouth if he could help it. Greg’s confidence had been at its lowest for the longest time. Worse, even the people closest to him contributed to his dwindling self-esteem. 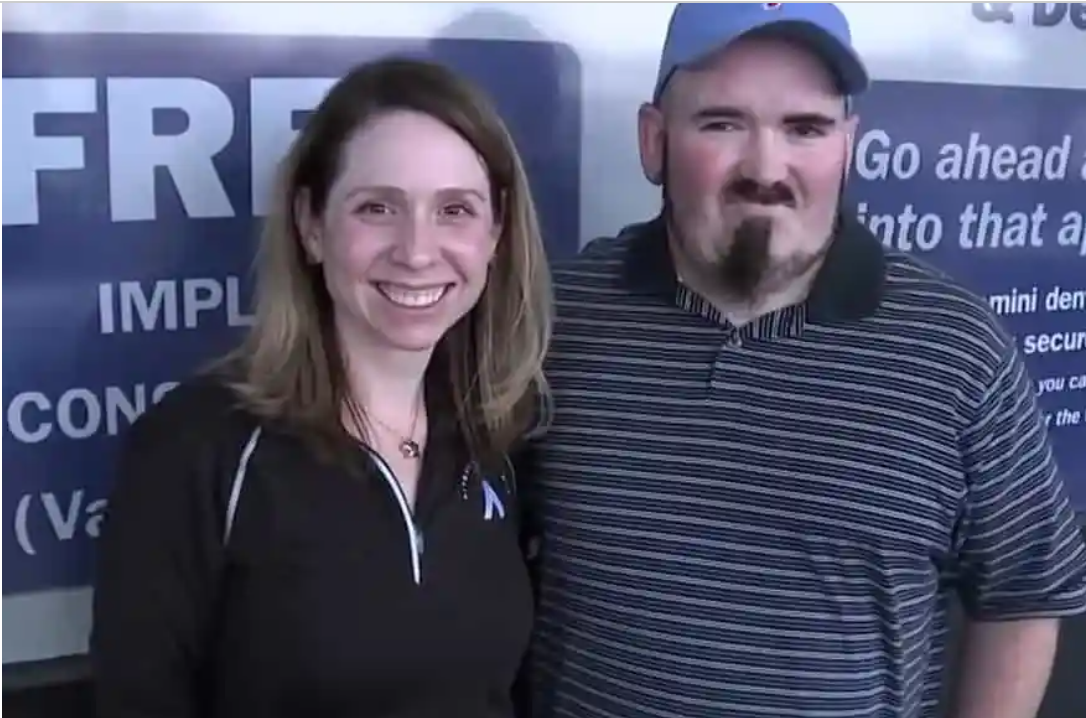 “My ex-wife told me not to smile at the wedding and it was embarrassing,” he recalled. And as fate would have it, Greg collided with someone who works for a company that sells the exact type of dental implant he needed.

“I hit the right person at the right time,” he said. Cecilly decided to help the stranger who had just hit her car on the spot. She called her employer, who readily agreed to cover the cost of the dental components. 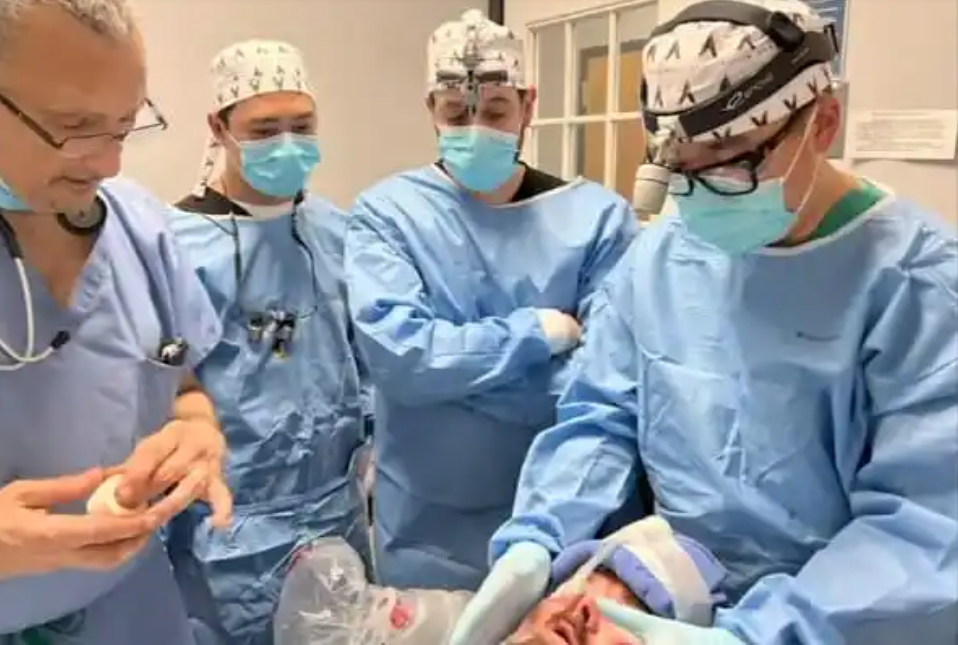 Then, she used her connections to contact Dr. Simon Oh, an implant surgeon in Philadelphia known for doing plenty of pro-bono work. He agreed to help, and they set a date for the appointment.

“I’m just going to feel really good that I was put in the opportunity to help him,” Cecilly said. When Greg underwent an examination, Dr. Oh discovered that he didn’t have an upper jaw bone, which would make it impossible for him to wear traditional dentures. 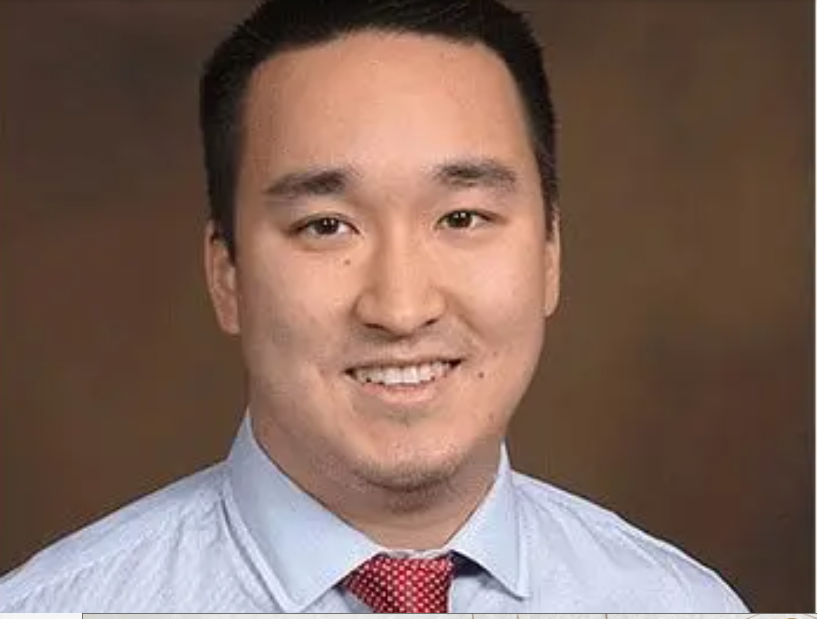 Luckily, the good dentist isn’t one to back away from a challenge.“For those patients, I really, really get a lot of fulfillment out of getting them back to where they used to be, build that confidence back up, and really get the most out of life that they can,” Dr. Oh said.

Dr. Oh and his team performed Greg’s surgery after hours and didn’t charge him a single penny. They first created a 3D model of Greg’s skull using state-of-the-art technology, which they used to fit him with permanent implants. After the surgery, Greg’s smile—and self-confidence—is finally back! He can also eat his favorite foods again and greet everyone he meets with his dazzling, brand-new smile. 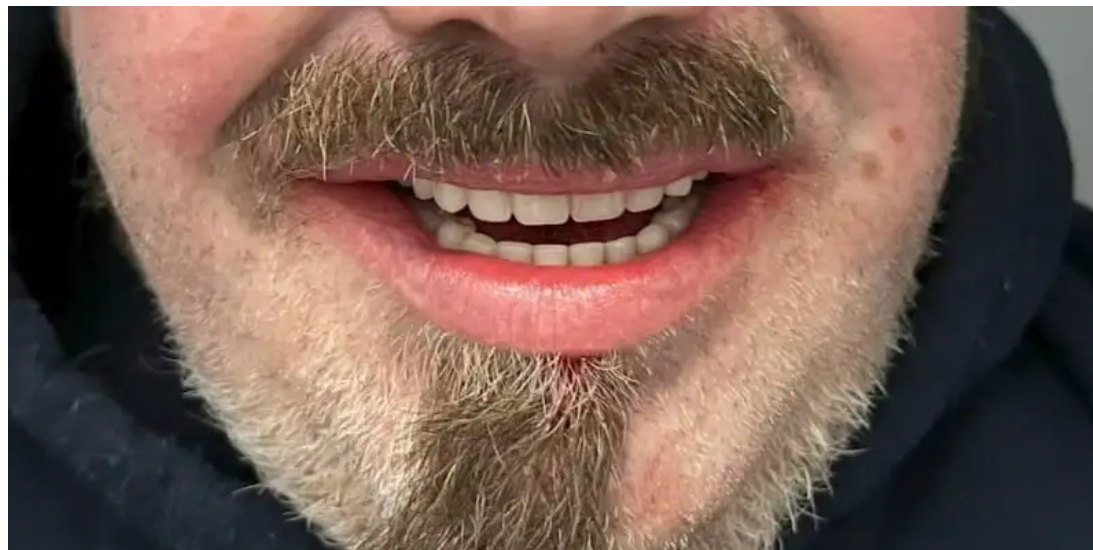 Dr. Oh and his team are equally thrilled with Greg’s results, and they feel fortunate to have had the opportunity to help somebody in such a meaningful way. “It’s just really gratifying to not only have the skills to pull this off for somebody in need, but also work with such an awesome team that is so easily convinced to give back,” said Dr. Oh.

Greg is extremely grateful to everyone who helped him get his brilliant new smile. “I believe in karma,” he said. “If there were more people like me and Cecily and Dr. Oh, the world would be a better place.” Cecily is also thankful to the people who donated their time, effort, and products to make this life-changing transformation possible.

“If it wasn’t for everybody willing to work late and work at no cost, then this wouldn’t have happened for Greg,” she said. “It’s kind of amazing that everything came together like this and I’m so proud of being a part of something this big.”

Of all the cars he could have hit, Greg collided with one driven by a dental implant sales rep. Indeed, it’s fate that brought them together! Listen to Greg and Cecilly tell their story in the video below.