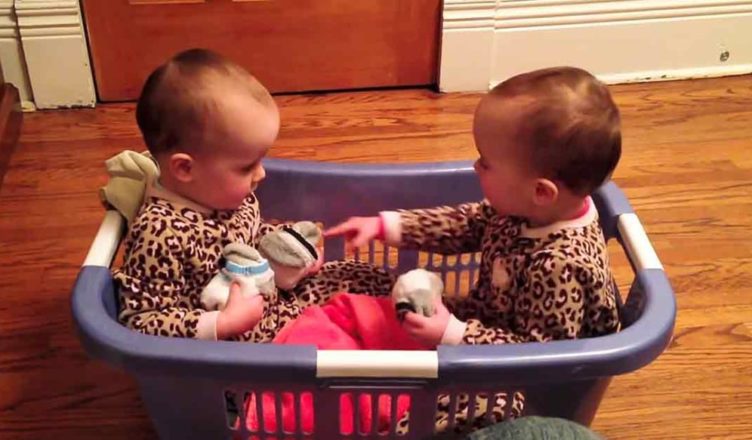 They say twins have a language of their own. No one knows this better than a mom of multiples as she watches her children grow together in a unique way no other sibling pair could. Little Lilah and Stella were caught on camera holding the most adorable meeting. One of the twins sits in the big laundry basket of clothes her mom undoubtedly just folded!

Her sister approaches her and asks for a pair of socks. The two hold negotiations, and the bargaining soon becomes heated. The other twin reappears in front of the camera to join her sister in the basket. But she doesn’t come empty-handed. She brings more socks to please her sister. The two girls sit across from each other in the plastic bin, dressed similarly in leopard print onesies.

They hold the most serious-looking meeting about footwear you’ll ever see between two eighteen-month-old babies. This video is just too adorable not to watch. Despite the fact that their twin language is only known to the sisters, you can clearly hear the word socks being said. Their mother must have been overjoyed to have captured this moment on video. 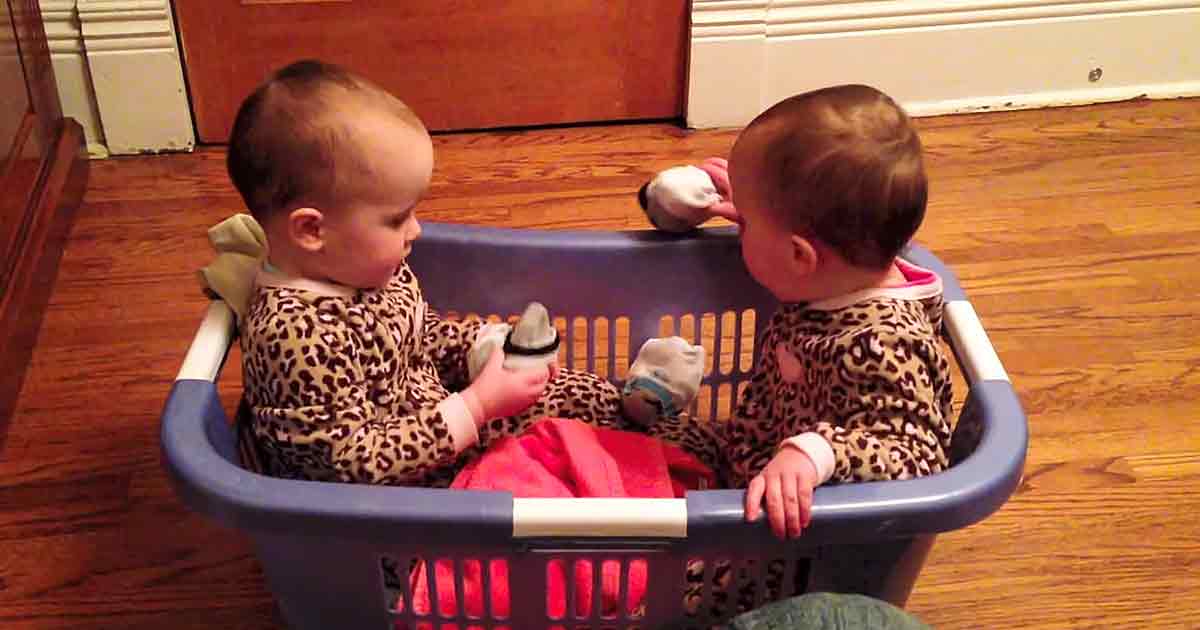 These twins have an unbreakable bond. They will be able to look back on their younger years and see how early their connection began thanks to their mother’s quick thinking.