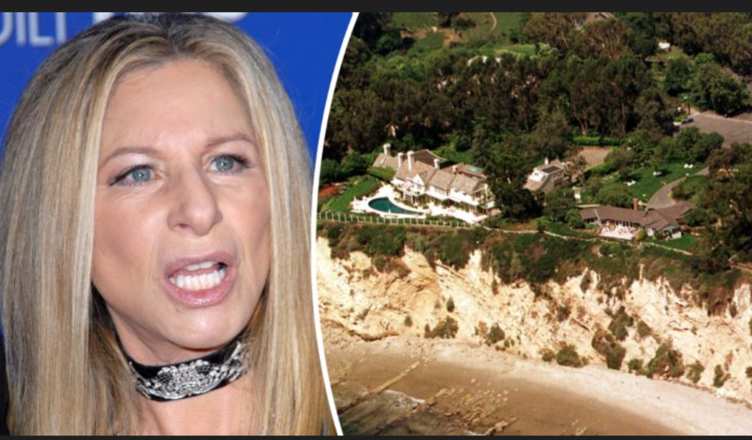 Barbra Streisand is one of the few names in entertainment history to have received Oscar, Emmy, Golden Globe, and Tony awards. Nobody has ever conquered every aspect of the entertainment world quite like Streisand. She began her career as a nightclub singer before making her Broadway debut in 1962 with I Can Get It for You Wholesale. The rest, as they say, is history. 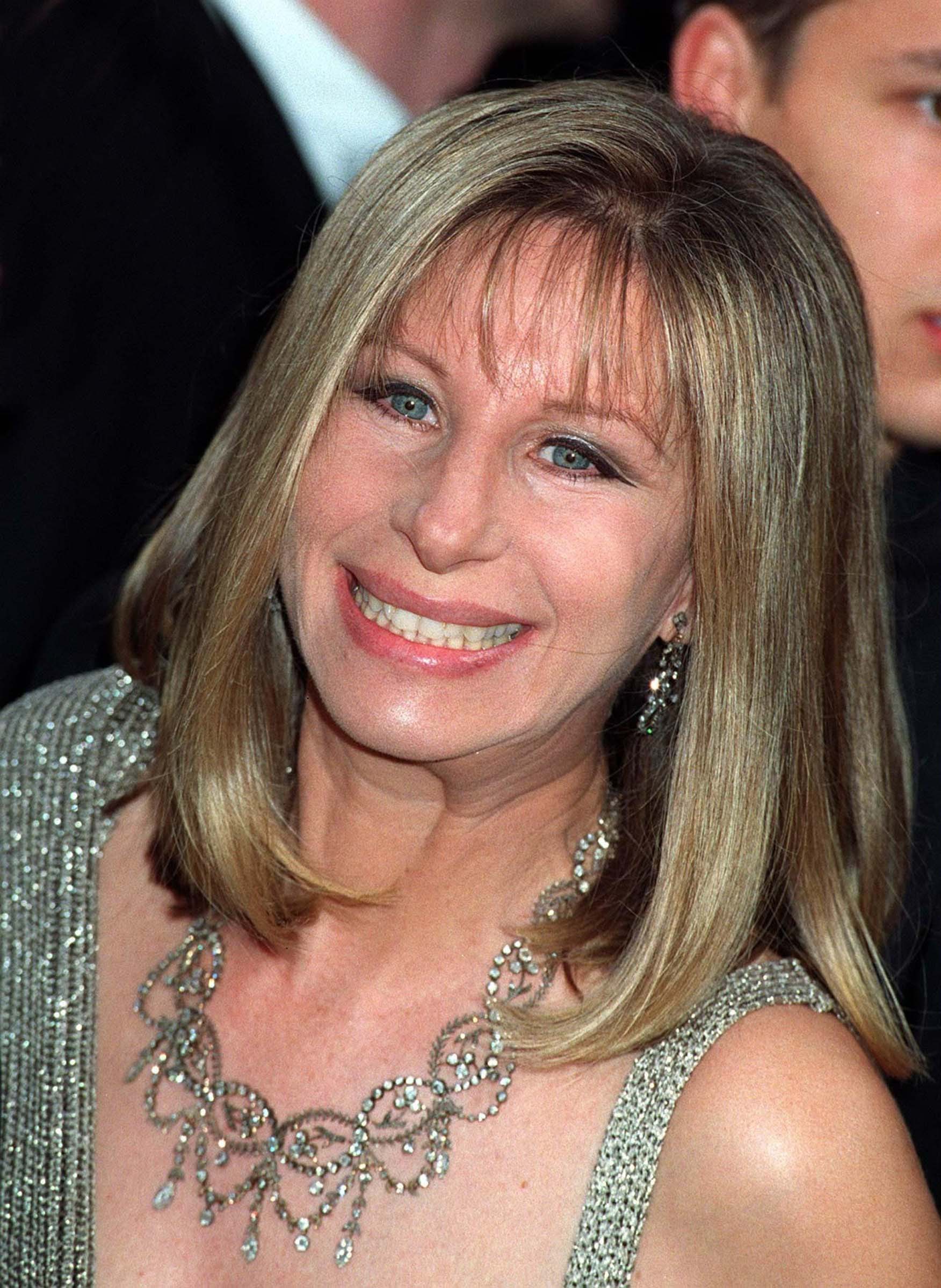 Streisand’s stage performances were so powerful and well-received by large audiences that she soon turned to music and released chart-topping hits like “The Way We Were,” “Evergreen,” and “Woman in Love.” Streisand’s music records sales have surpassed 150 million worldwide during her successful career as an entertainer in a variety of fields, making her one of the best-selling recording artists of all time.

Her first album remained on the charts for 18 months and became a Top 10-gold record, making her the youngest artist to ever receive the Grammy for Album of the Year. This versatile woman made her film debut as Fanny Brice six years after her Broadway debut, and it turned out to be one of the greatest film debuts in history, with the actress winning an Academy Award for Best Actress in a Leading Role. Streisand was nominated alongside Katherine Hepburn for her performance in The Lion in Winter. 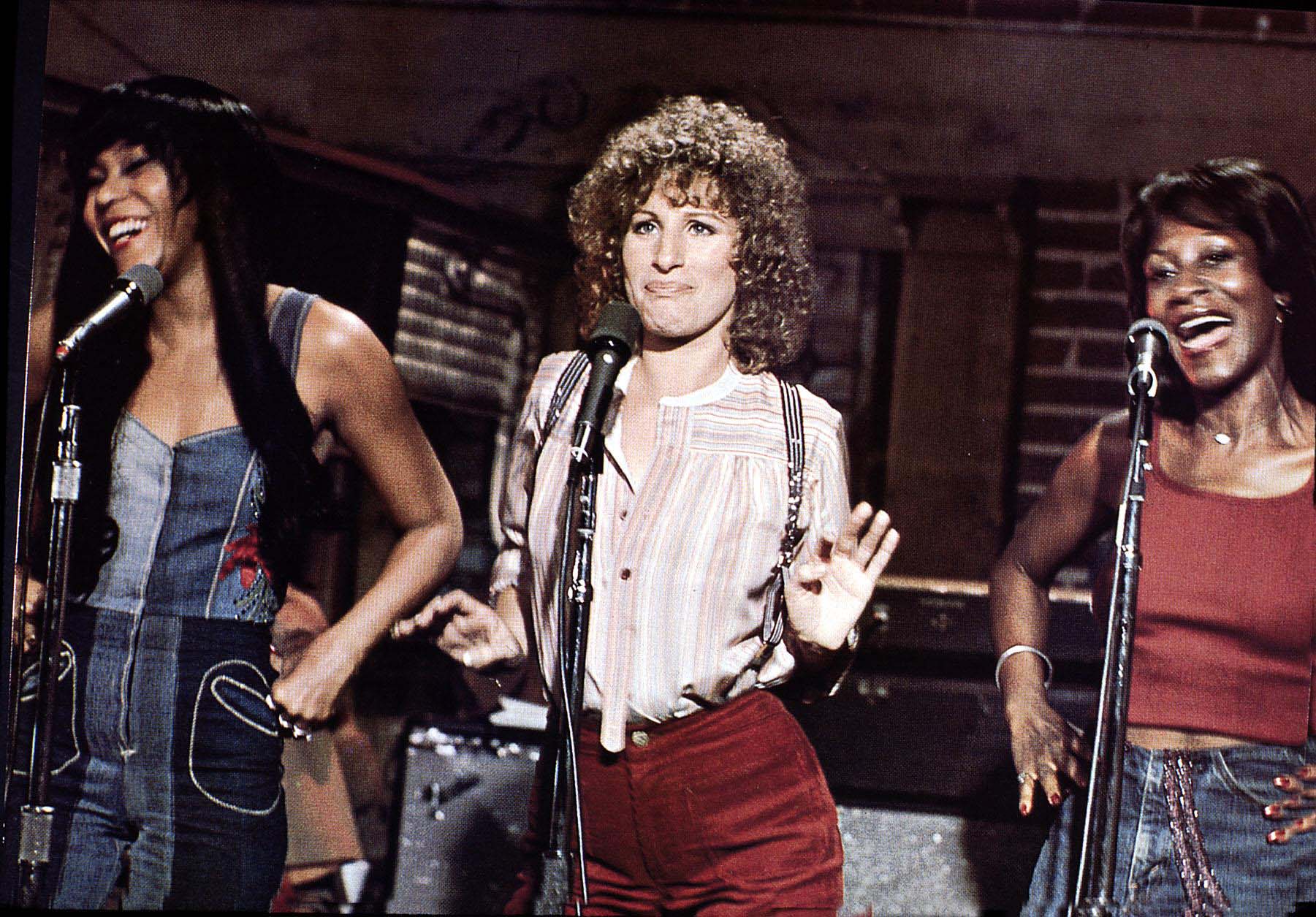 “I was in shock at first because I thought it was her name first, so I thought, ‘Okay, that’s good, she was wonderful in that movie, Katharine Hepburn,’ and then they said my name and I was tongue-tied,” Streisand told Variety. “So I had to take out my gum and put it on the bottom of the chair and think about what the h*ll I was going to say and rushing to the stage, tripping on my long pants, pants that were too long, and a top you could see through when the lights were on it,

so I was kind of a mess, but it was lovely to receive an Academy Award, I must say,” she says. Streisand is estimated to have a net worth of $400 million as a result of her phenomenal success in the various fields in which she has established a career. She does, however, donate a large portion of it to various charities close to her heart. Streisand has had two marriages. Elliott Gould, an actor, was her first husband, whom she married on September 13, 1963, but divorced in 1971. 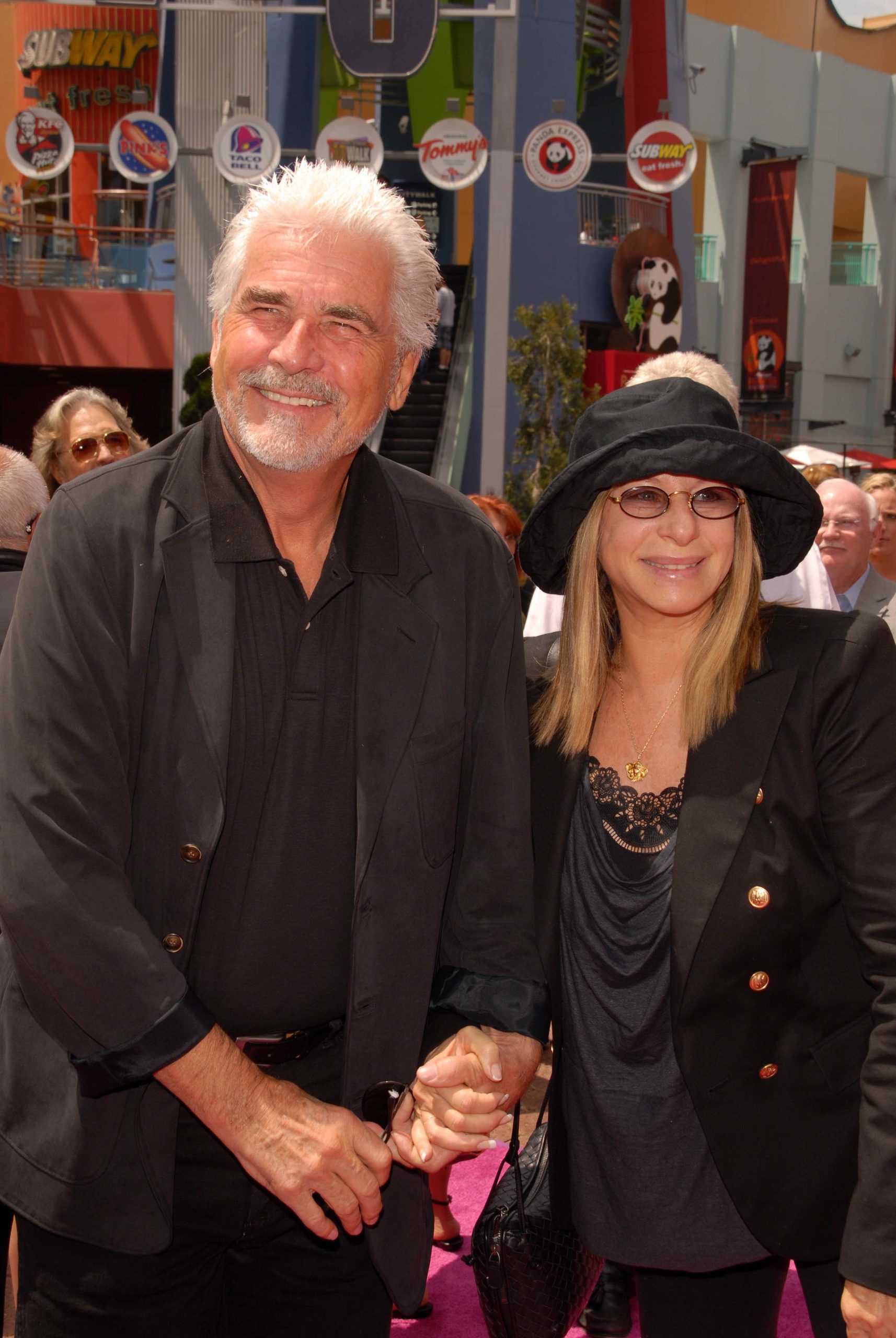 Jason Gould, who played her on-screen son in The Prince of Tides, was their only child. The singer is now married to actor James Brolin. They’ve been married for over 30 years and their relationship has stood the test of time, which is unusual for celebrity marriages. They don’t have any children together, but they are grandparents to Josh’s children, Brolin’s son from a previous marriage. Streisand recalled meeting her current husband for the first time back in the day.

“I met him at a dinner and expected him to be a bearded mountain man type, but he had cut off all his hair and was clean-shaven,” she told W Magazine. “‘Who messed up your hair?’ I asked.” He later told me that was the point at which he fell in love with me. My guy enjoys hearing the truth, which is unusual. “He’s the antithesis of my yang.” I wished to have a companion in my life. Every day, my husband and I have to work on our marriage. Kindness is essential in relationships. 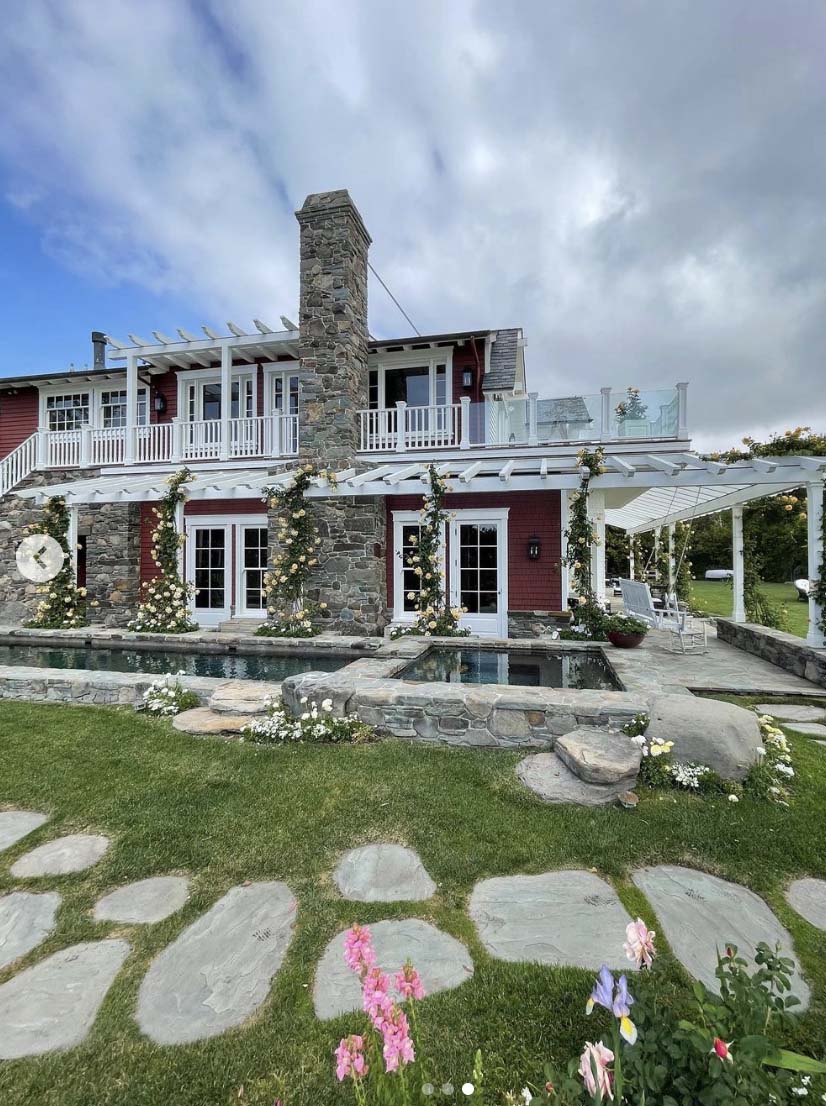 “You must constantly monitor what you say and how you say it.” Streisand and her husband live in an out-of-this-world Malibu mansion. The garden, ponds, and overall setting are truly works of art. The singer-personal actress’s heaven is 10,485 square feet in size, with eight bedrooms, eleven bathrooms, multiple guest houses, and an incredible ocean view. It consists of a main house, a mill house, a barn, and another structure known as “Grandma’s.”

Streisand revealed more about her estate to Architectural Design, explaining that she couldn’t decide between gray and burgundy for the exterior, so she had two walls painted in each color. There are two color schemes for the interior: black to gray and burgundy to pale rose. She is very particular about color combinations. According to the magazine, even Streisand’s candy dish wrappers are color-coordinated. “I wouldn’t put a black vase in a gray-and-burgundy room,” she admitted. 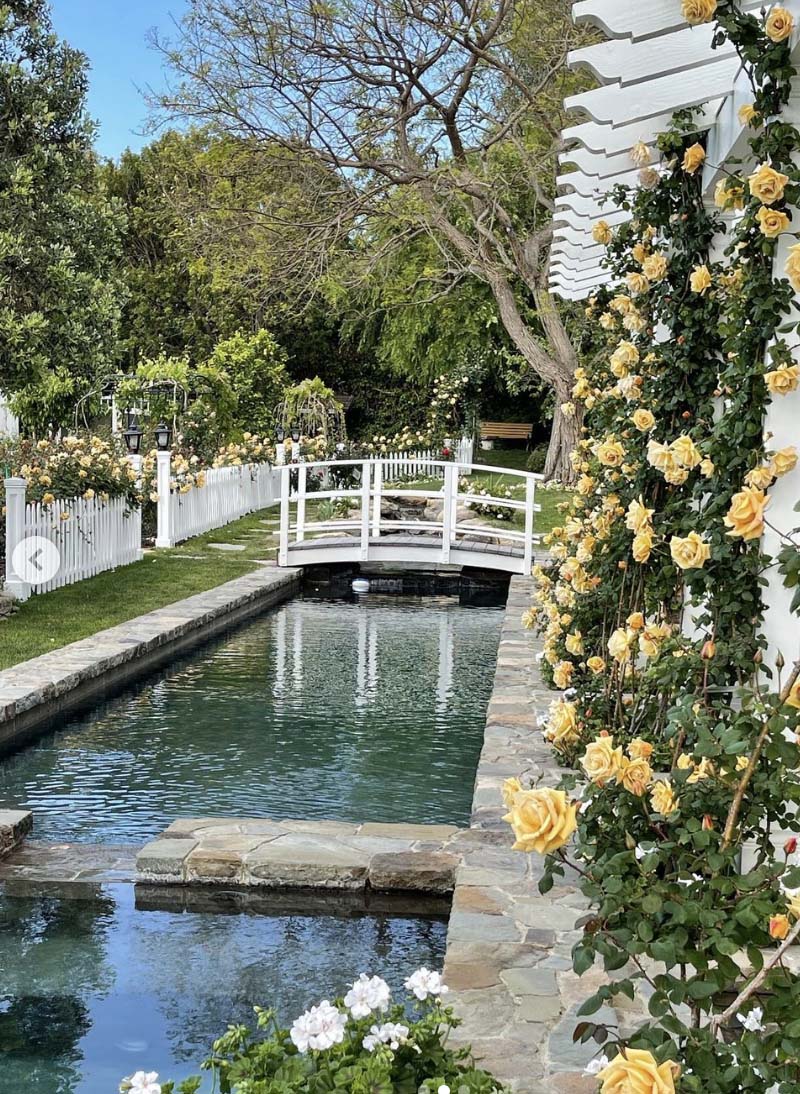 One of her guest houses is “decorated in comfortable New England style and filled with the figurines and family photos that grandmothers prefer.” However, she is not the only one who makes decisions about the appearance of the estate. Her husband has his own rooms, which he decorates to his liking. “He has his own rooms that he manages:

his office, his bath, and his workshop,” she explained. The lower level of the house has been transformed into a mall, with all of Streisand’s memorabilia displayed. “Rather than just storing my things in the basement, I can create a street of shops and display them,” the legendary singer explained to Harper’s Bazaar.