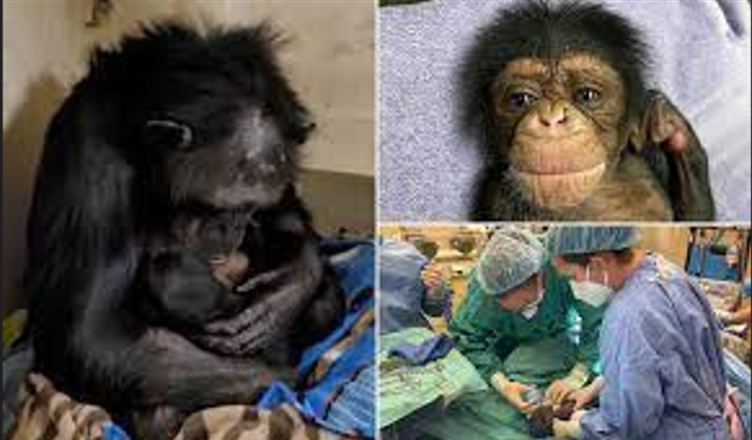 After giving birth via C-section, a chimp had an emotional reunion with her baby. Mahale, a chimp at Sedgwick County Zoo, hadn’t seen her baby for two days after giving birth because baby Kucheza needed to be hospitalized due to low oxygen levels. However, nearly 48 hours after birth, mom and baby were reunited, and the moment was captured in a heartwarming video shared by the zoo.

Mahale sits off to the side, while Baby Kucheza is swaddled in a blue blanket. She has no idea what is going on, but as soon as she sees her baby’s arm reach up, she rushes over to pick him up. Her strong emotions are visible in the way she hugs him and sways. It’s clear she’s relieved and overjoyed to see him alive. “Mahale is an exceptional mother, and it’s clear how much she loves her baby,” the zoo writes. 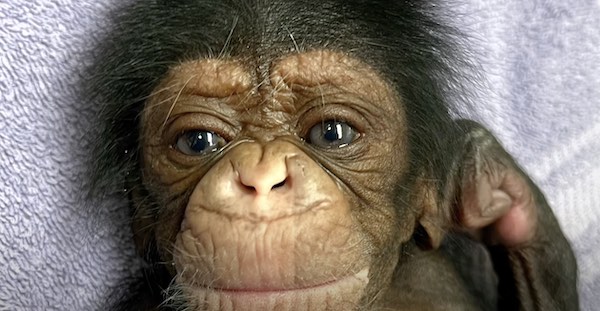 They will remain behind the scenes and will not be seen in public until it is “clear that they are both healthy and bonded.” According to the video, Mahale is already deeply attached to Kucheza, which is wonderful to see.

On November 15, 2022, Mahale gave birth. The zoo previously shared video of Kucheza shortly after Mahale’s c-section, which shows their veterinarian team working to stabilize the baby’s oxygen levels. The animal care team decided on a C-section after noticing Mahale struggling after laboring all morning.