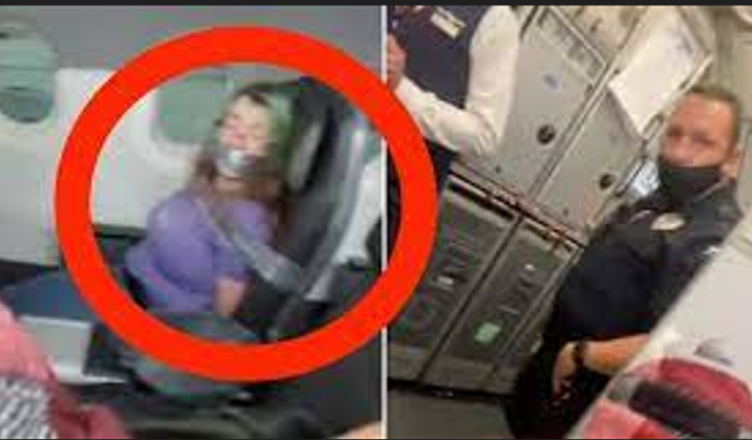 An unidentified woman on a flight from Dallas-Fort Worth to Charlotte on July 6 was taped to her seat by flight attendants after she apparently had a mental breakdown and attempted to open the front boarding door mid-flight. User @lol.airee shared a video of the incident and what appears to be a woman with a gray hear and duct tape on her hands, ankles, and mouth on TikTok.

American Airlines confirmed the incident on the flight and explained that the crew had to act to deal with the situation that was upsetting the passengers. The crew initially attempted to calm the woman down but to no avail. According to Business Insider, “all flight attendants were frantically running up and down the aisles, kind of whispering to each other.” “She was saying, ‘I need to get off this plane,’ and she went up to the exits and started banging on the doors, saying, ‘You need to let me off this plane!’ 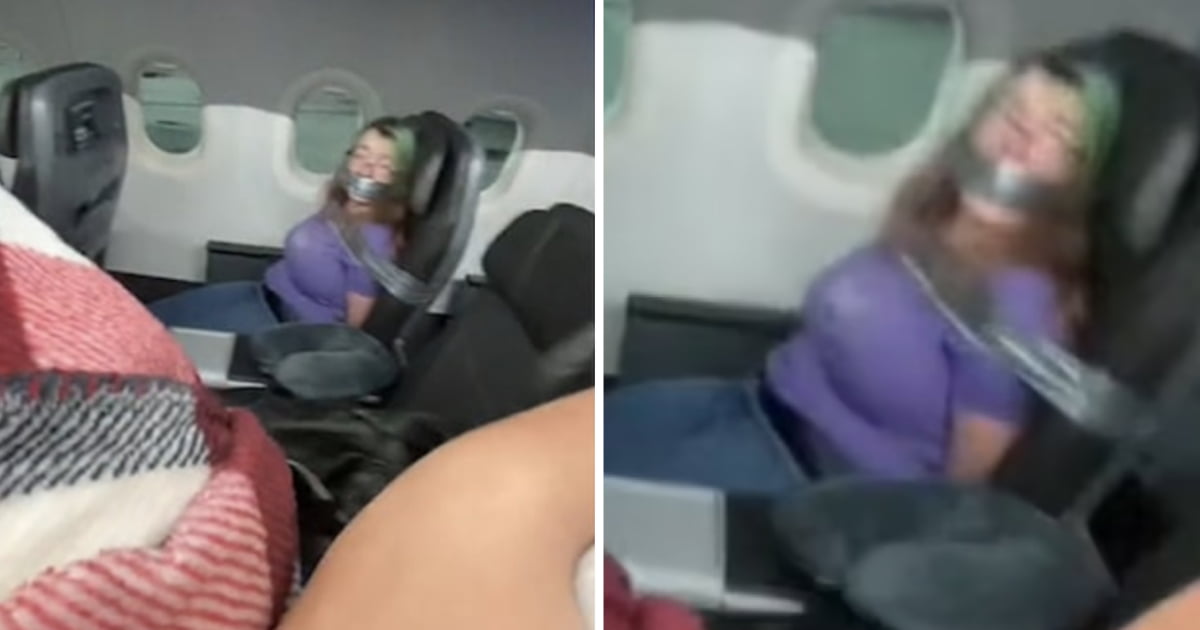 During the attempt to calm her down, the frantic woman attempted to physically assault some of the crew members by scratching and biting them. The woman was taken to the hospital for evaluation after the plane landed and all 190 passengers disembarked. The person who posted the video didn’t agree with how the company handled the emergency and thought they could do better than duck-taping someone who was visibly distressed.

American Airlines, on the other hand, believes they acted appropriately and were only trying to protect the rest of the passengers on the flight. “[The woman] tried to open the forward boarding door and assaulted, bit, and injured a flight attendant.” “We applaud our crew for their professionalism and quick response to protect those on board,” a spokesperson said in an emailed statement to Business Insider. 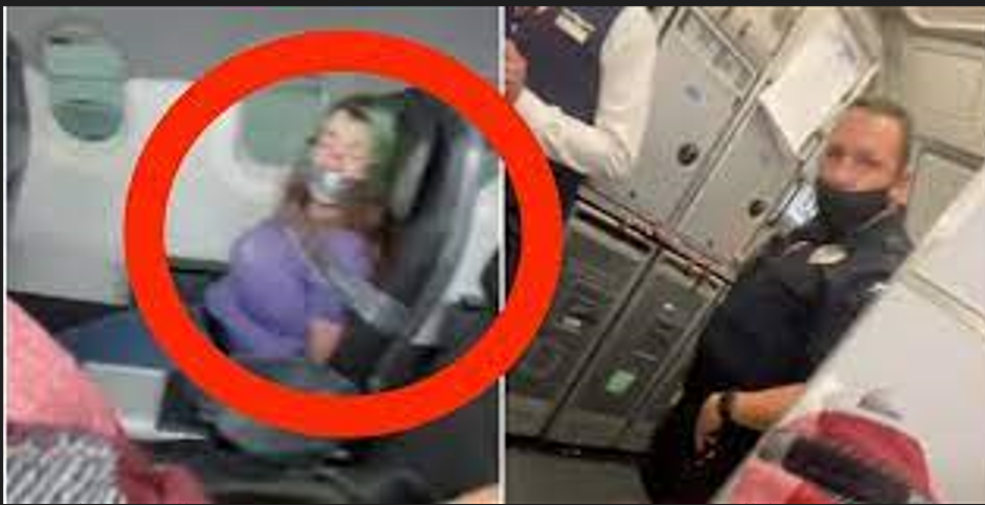 While the incident is being investigated, American Airlines has reportedly placed the woman on their “no-fly” list. We are relieved that the woman did not injure herself or any of the passengers.