Poly was blind in both eyes – and also may have a congenital heart condition, but gets a second chance at love 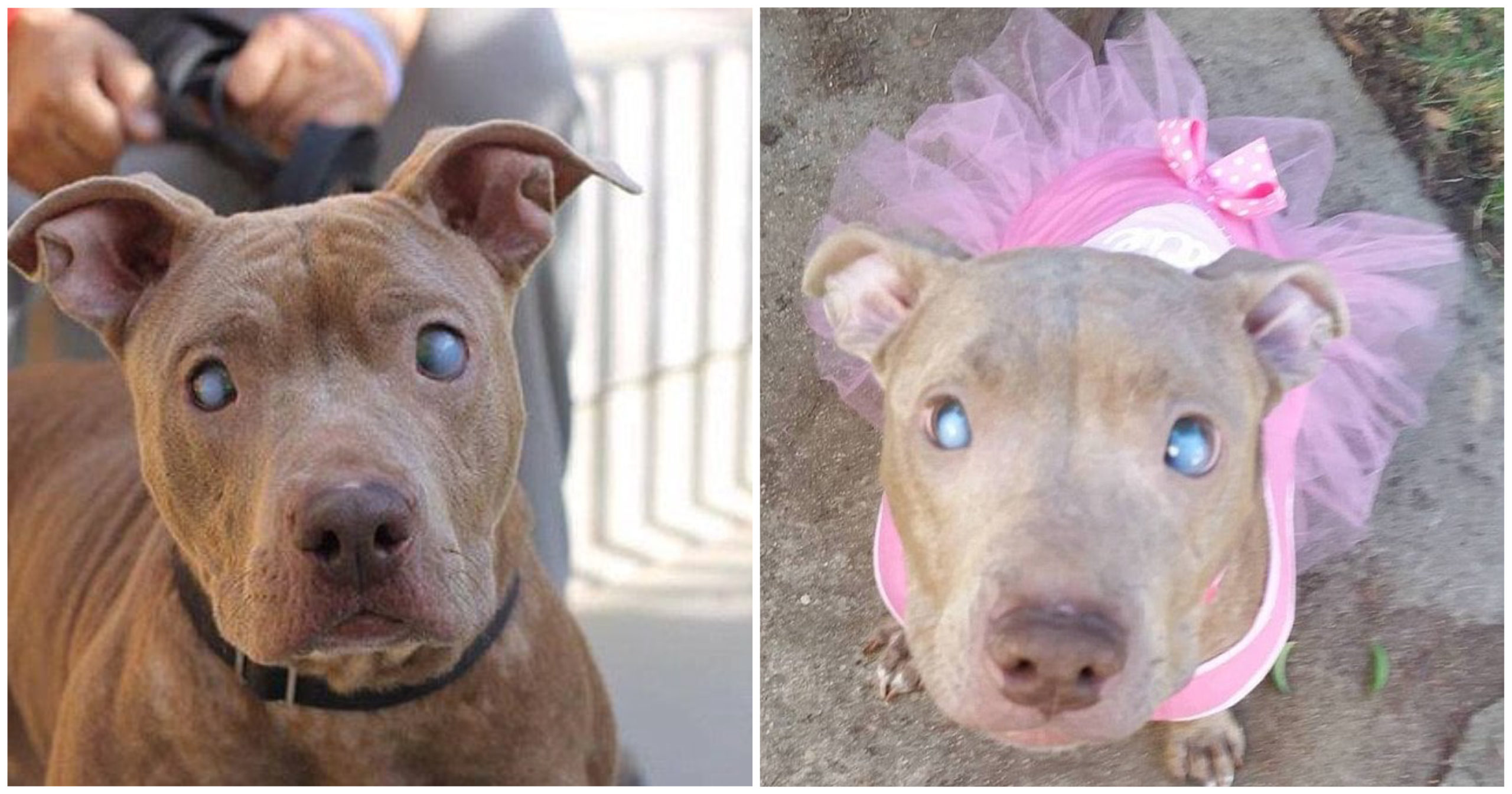 The three-year-old pit bull was found trembling on a wet and freezing park bench in Santa Maria, California, in early October. He was ‘blind and afraid,’ and ‘too scared to even get off the seat.’

An animal control officer discovered her and took her to the city pound. Her situation seemed dire until fate stepped in and she came to the attention of a woman who was scrolling through her Facebook feed. 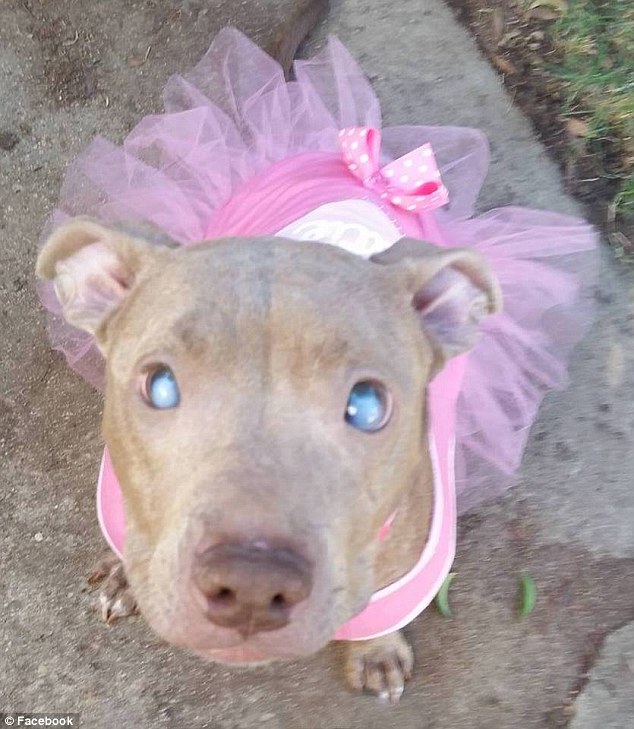 Jennifer Wales, who operates her own rescue in Los Angeles and has been saving homeless animals for 25 years, couldn’t help but notice the blind dog’s mournful expression.

Wales said that the dog ‘reminded me so much of another dog that changed my life, who was also a blind pit bull,’ according to ABC News. Wales calls the pooch a ‘Pibble’ – another term for American Pit Bull Terrier, instead of the much maligned ‘pit bull’ label. 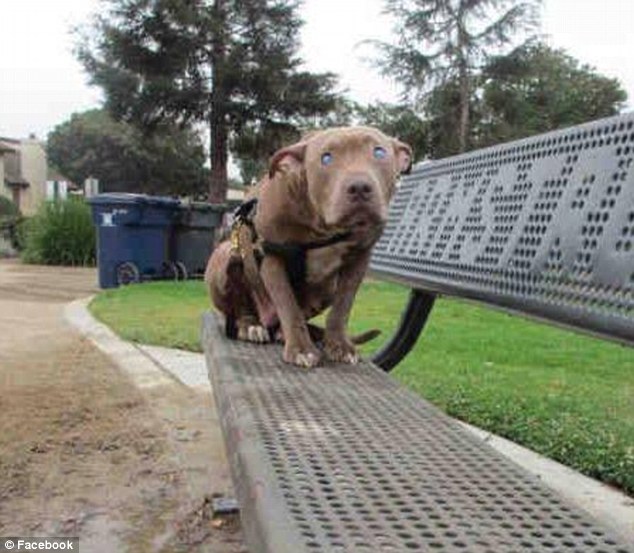 Poly’s suspected congenital heart problem may necessitate surgery, which is unfortunate. Her medical requirements, especially her eyesight, are being evaluated right now.

Wales’ rescue group, the all-volunteer Foreverhome Petrescue, set a fundraising goal of $3,000 to cover Poly’s diagnostic testing – but raised over $5,000 instead. 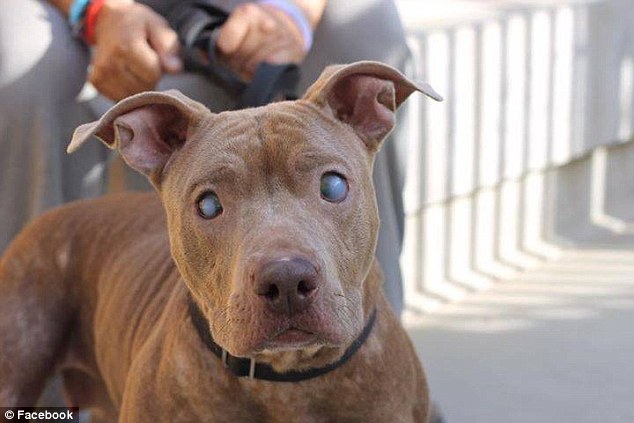 Wales says any extra funds will go towards other homeless animals in need of special medical attention. Poly will be up for adoption once her special needs are assessed and she’s recovered from any surgery she might need.