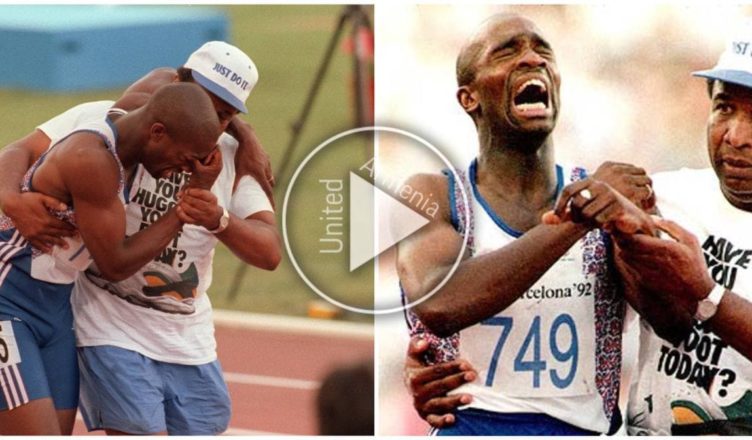 His hamstring was torn during the game, but he started limping to the finish line, and his beloved father ran to him to support him. Derek had spent much of his life training to be a professional athlete. 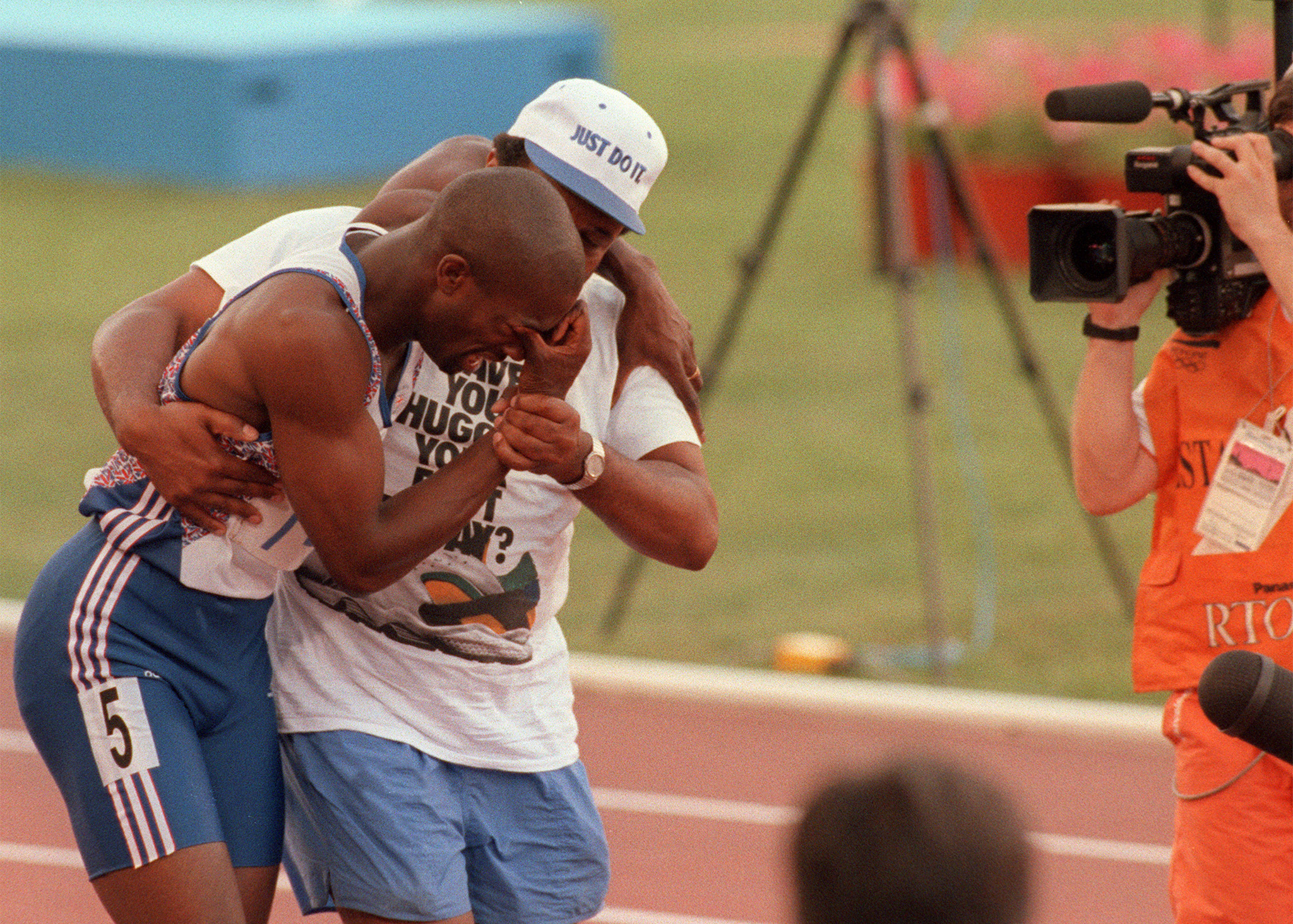 He broke the British record for the 400 meters in 1985 by running it in 44.82 seconds. His record was broken by another runner later on, but Derek kept training and broke the new record again in 1987.

At the 1991 World Championships, Derek was a member of the British four person team, which won the gold medal with the second fastest 4 × 400m relay in history. Champion, to say the least, Derek is the type of person who never gives up. 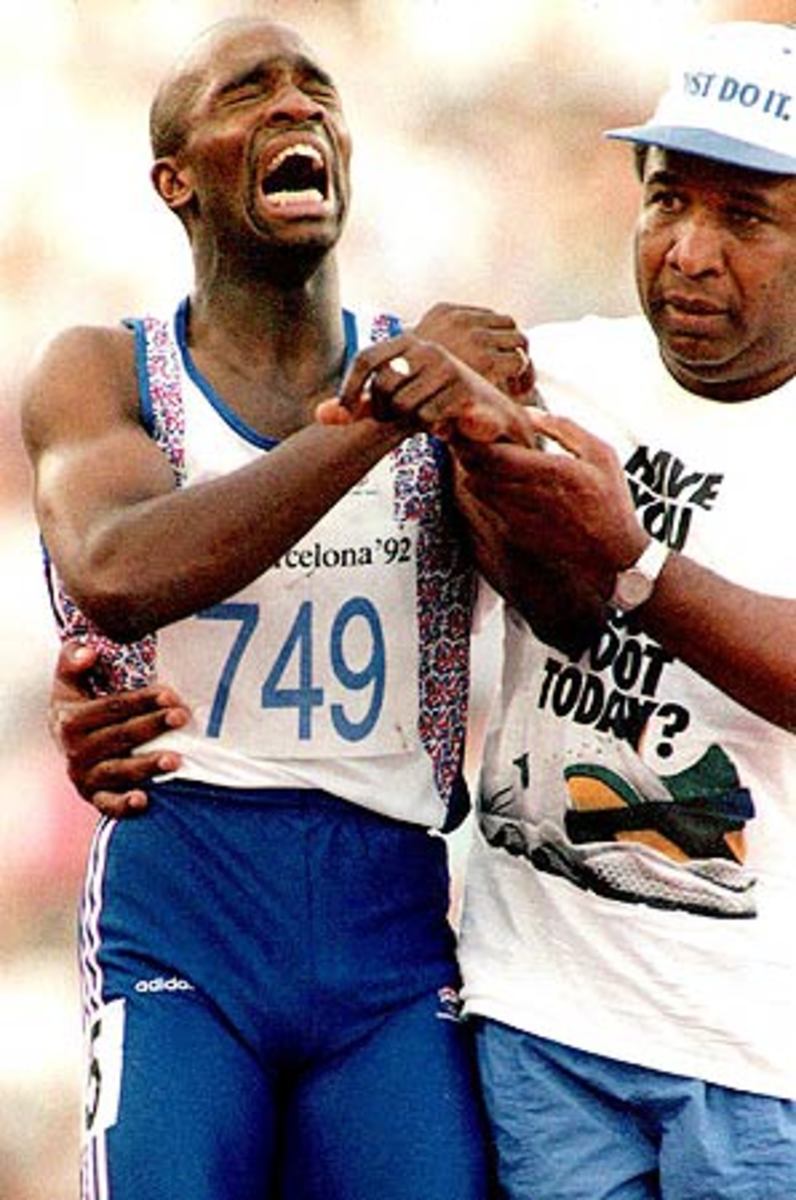 As the semi-final 400m began, Derek was off to a great start. “I remember thinking, ‘I’m going to win this race,’” Derek said. “The gun goes, and I had a really good start.”

15 seconds into the race, Derek felt a large amount of pain in his leg as his hamstring tore. He fell to the ground clasping his leg, but after a few more seconds he leapt to his feet and began hopping towards the finish line on one leg.

Derek began to break down in tears as his Dad came to his side. To spend years training for the Olympics, making it to the semi-finals as a favorite to win, and then to have a painful injury occur mid-race… it was an emotionally overwhelming experience.

Yet his loving Father came to support him, and their finish together has become one of the most memorable races of all time for the Olympics.