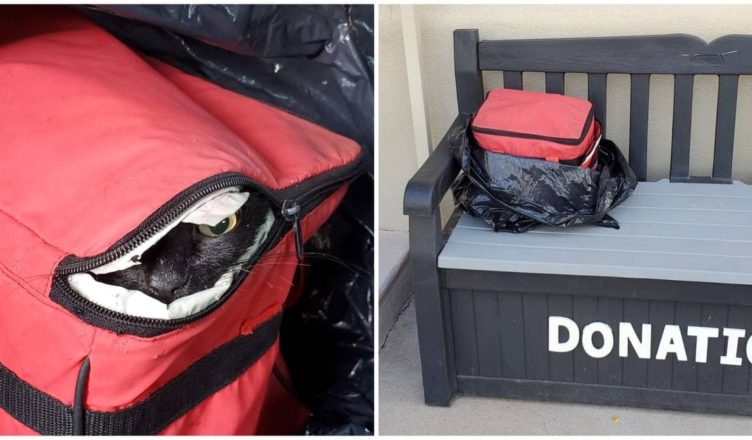 When a dog named Koda set out on her morning walk earlier this month, she had no idea she was about to save a life. Around 5:45 a.m., Koda and her mom were walking on their regular route past the Fearless Kitty Rescue building.

Koda usually stops to sniff around the area, but this time something was different. “She made a beeline to our donation bench,” Teryn Jones, events and marketing coordinator at Fearless Kitty Rescue, told The Dodo. 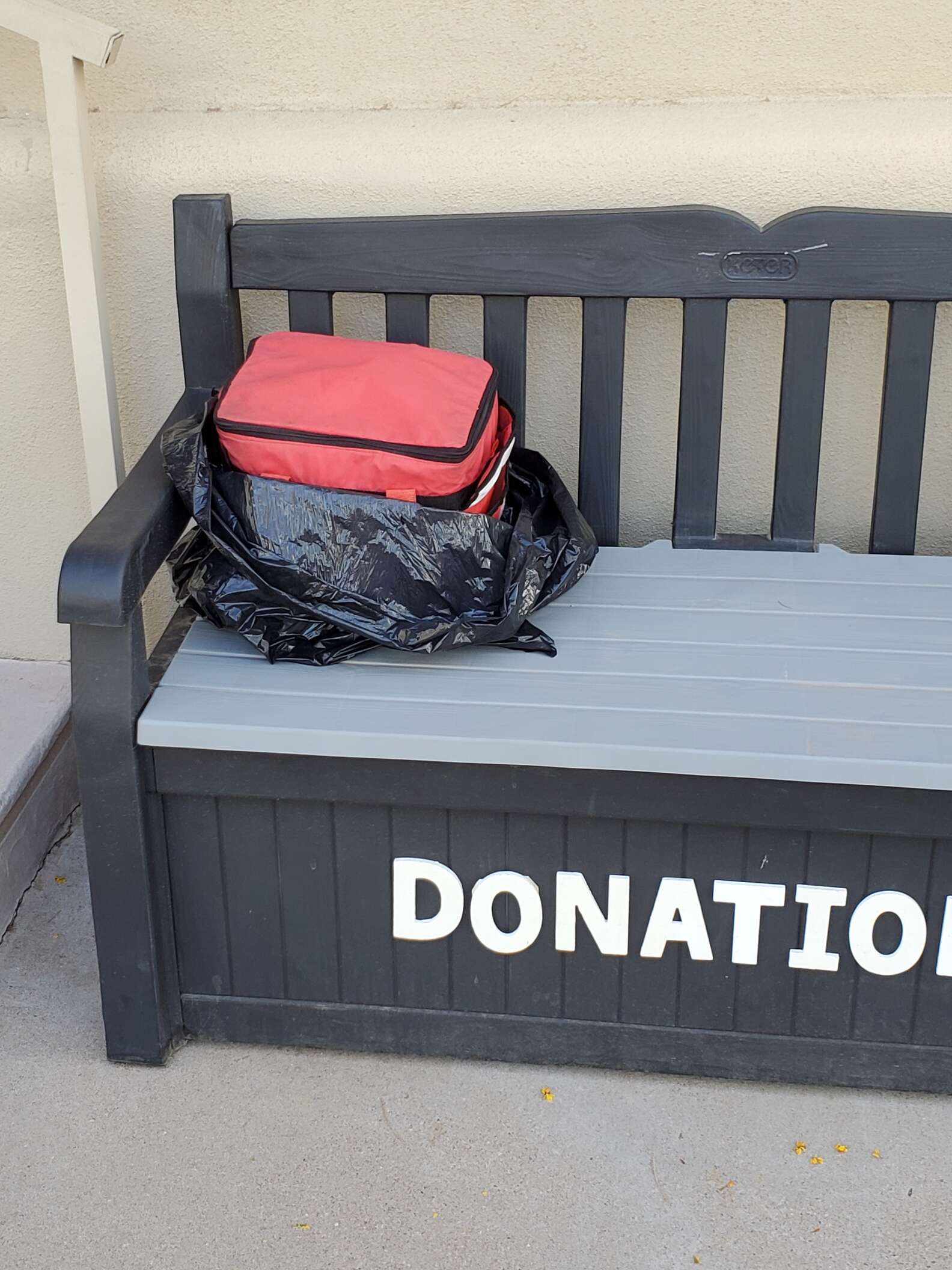 “On our donation bench was a cooler that was zipped up, no holes, and then wrapped up in a garbage bag. Koda wouldn’t leave it. She was like, ‘There’s something in there. I want in there! Mom, look!’”

Koda’s mom was startled by her pup’s excited reaction and unzipped the cooler. A black cat popped her head out and began to gasp for air. Even though it was still early, it was already getting hot outside, and the cat seemed relieved to be free. 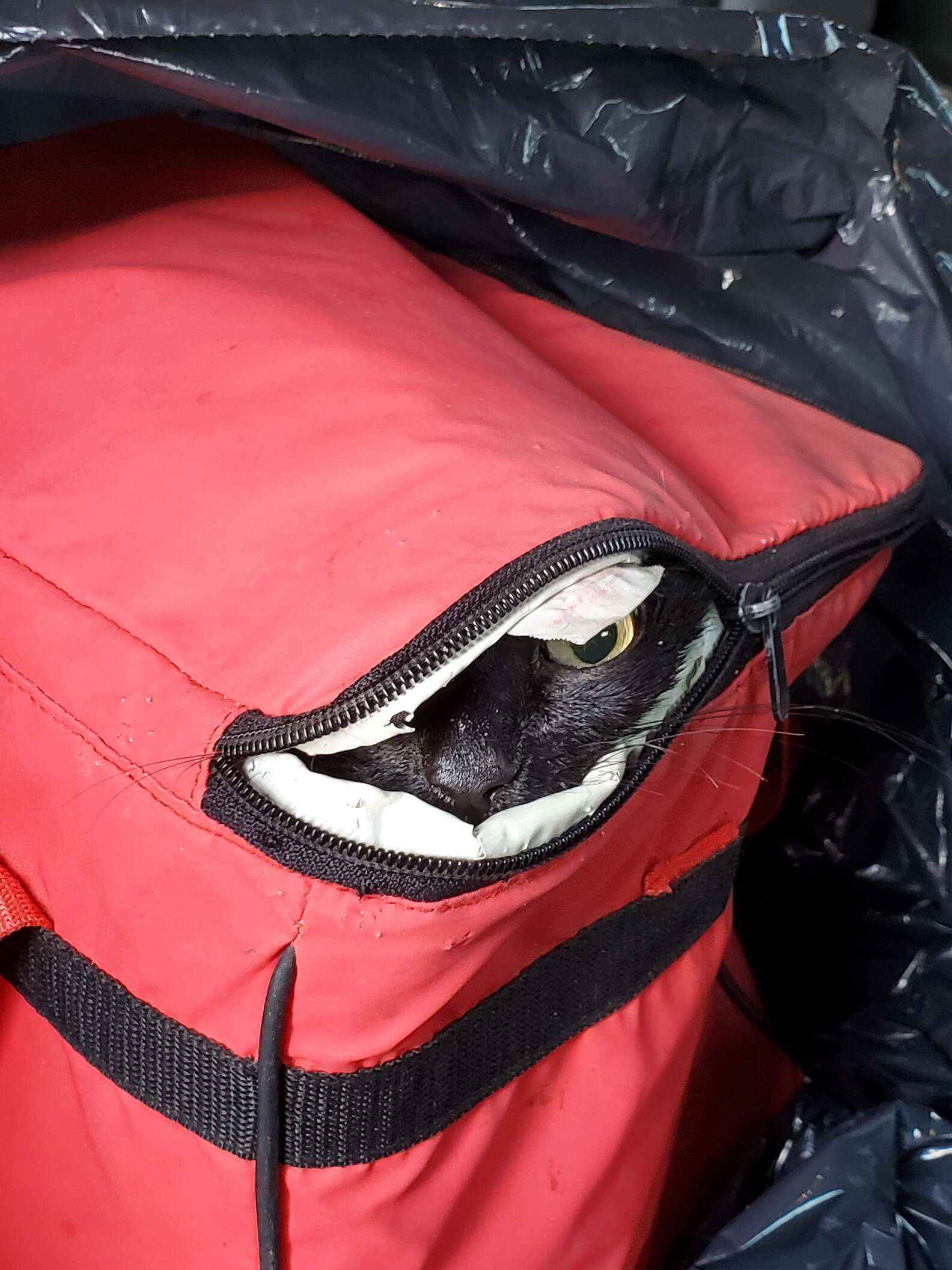 Koda’s mom contacted a volunteer at the rescue, who rushed over to welcome the cat inside and out of the sun. “She was just shaken up and was kind of in freeze-mode,” Jones said. “And that’s how she’s been since.”

They called her Julianne, has slowly adapted to life in the rescue. “She is so sweet, so nervous and shy,” Jones said. “But he likes to be a pet. He snores and turns over. 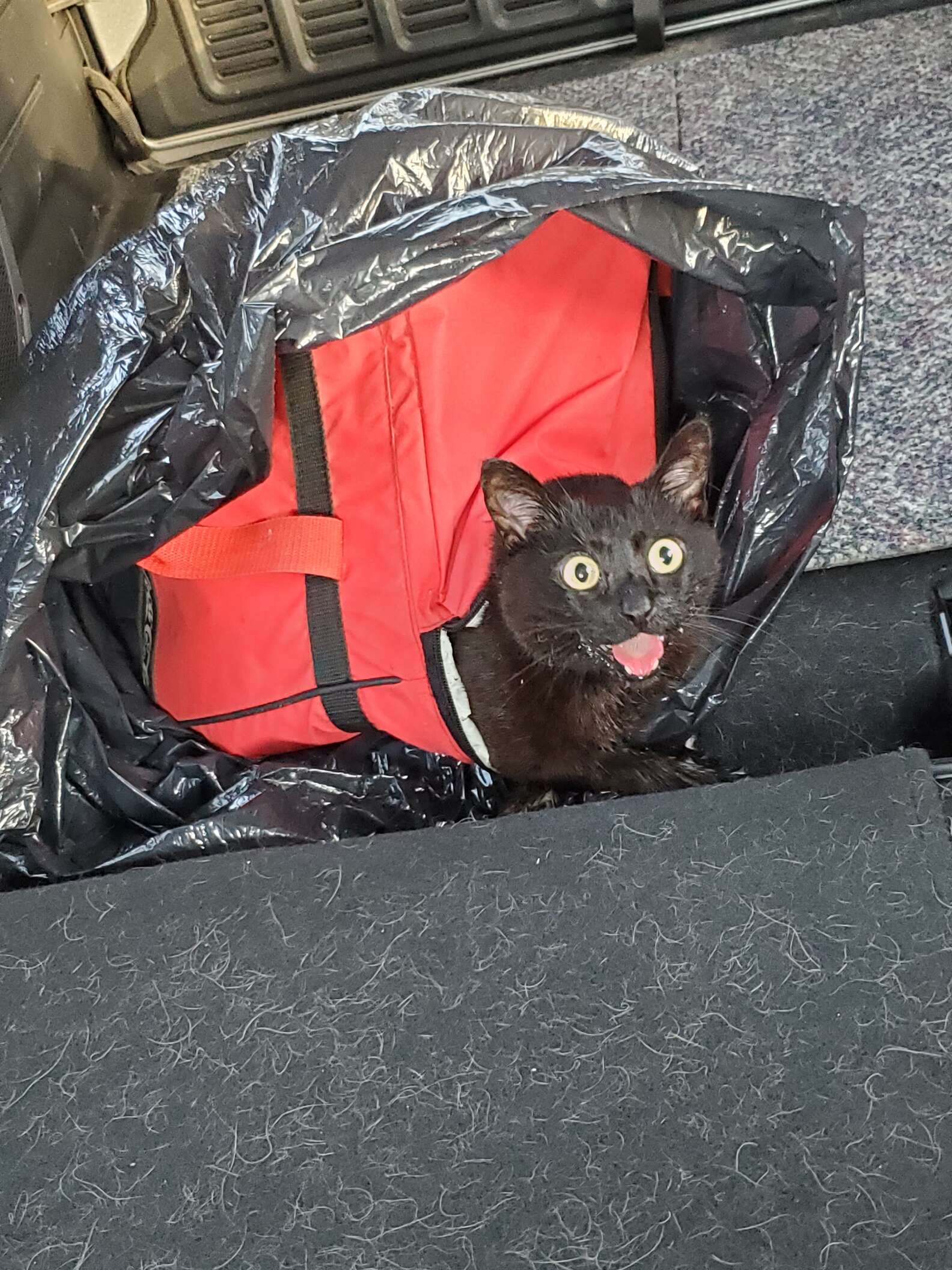 Her resilience, after experiencing what she has experienced, is really amazing. ” In Danish culture, the name Julianne means’ nothing Fearless’,” wrote Fearless Kitty Rescue on Facebook. “And she is really fearless!”