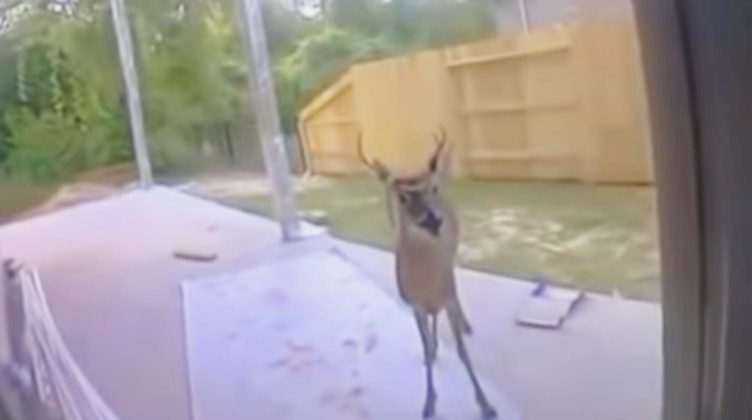 Usually people call 911 when they found a tied up dog, but when officer  Zieschang receiving a call like this, instead of a dog he found a deer. When the officer arrived, he was told that the deer was found in the backyard of a house which  was under construction.

Poor deer was tied up to a tree. A rope was rolled also between his antlers. The construction workers cut the rope and set the frightened animal free. 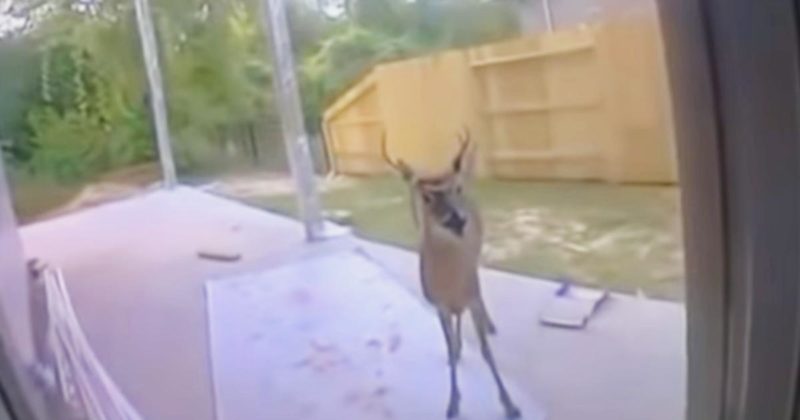 But confused deer seemed to have no wish to go away. This unusual and too friendly behavior was caught on a camera. Nobody could explain how the deer could be tied to a tree.

Apparently, this deer was socialized by some people, who probably were feeding him.The deer didn’t afraid of the police officers. Moreover, he walked to them and started to lick their hands, like a pet. 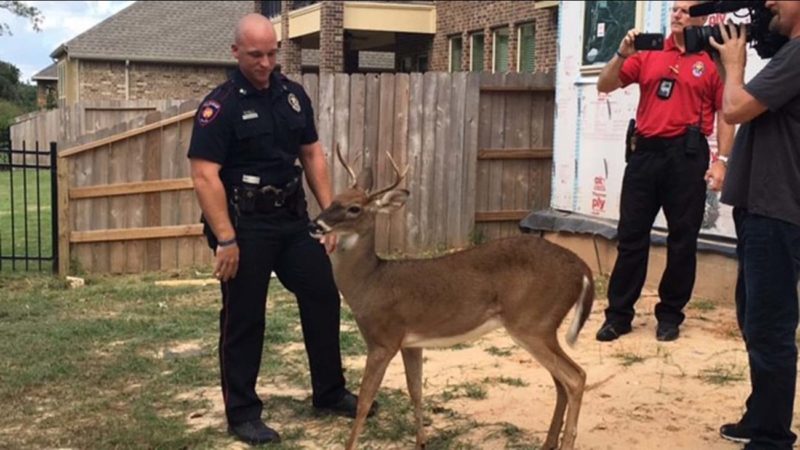 The next day, something interesting happened. When some representatives of mass media came to make an interview about the deer’s help and rescue, all of a sudden Uncle Buck appeared and approached fearless to the people

Apparently, he came to see his rescuer, officer Zieschang. He was again very friendly to everyone, even the cameramen. He seemed to be someone’s pet. 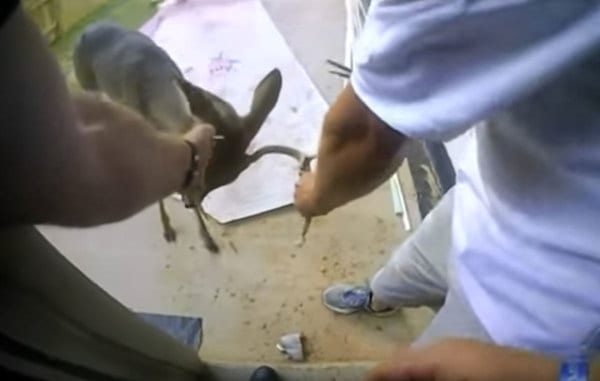 The officer warned everyone, in case of finding a deer in their backyards, not to shoot them in around the city. The police officers, worrying about the deer’s safety,

decided to relocate him, as who knows what could happen to him, when he again appears in that house under construction. The animal sanctuary workers soon placed Uncle Buck in a car and took him to a safe place, where he will be in peace surrounded with love and  care.