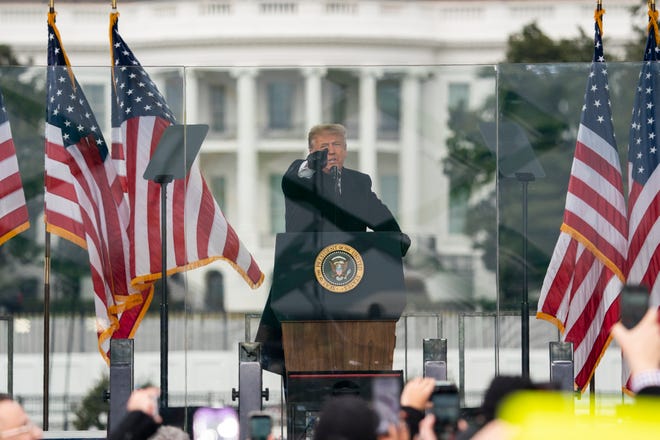 Corrupt the former president then saying that quote leave the rest to me and this comes as the irs has now been cleared to give congress his tax returns.

corrupt but they wouldn’t do it these are the handwritten notes taken by a senior DOJ official on a December 27 phone call they show acting attorney.

general Jeffrey Rosen telling Trump the DOJ can’t and won’t snap its fingers and change the outcome of the election. Trump had an answer for that argument.

Don’t expect you to do that just say that the election was corrupt and leave the rest to me and the are Republican congressmen in public. Trump was pushing the same falsehood the truth is we won the election by a landslide.

We want it big but according to the notes Richard Donahue the number two official at the DOJ told him flat out that much of the info
he is getting is false.