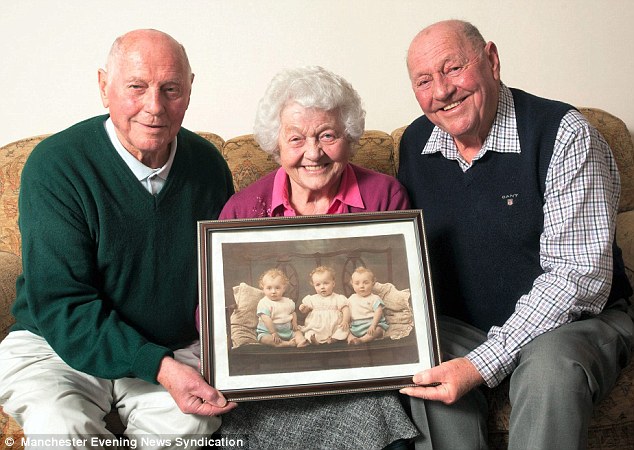 When triplets Audrey O’Donnell and Alan and Eric Lucas were born in 1933 they were so tiny their chances of survival looked slim. Without the benefit of today’s technology, doctors had predicted their mother Doris may have been carrying twins using an ear trumpet.

Audrey was born first weighing 5lb, followed by Alan 20 minutes later weighing 3lb and surprise addition Eric came 20 minutes after that at just 2lb. They were wrapped in cotton wool and cooking foil to keep them warm. 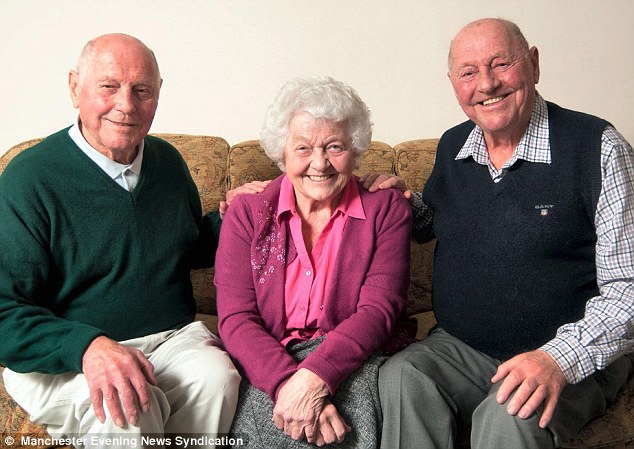 But against all the odds, the trio has just celebrated their 80th birthdays, surrounded by many of their 35 grandchildren. They are believed to be among the oldest surviving triplets in the country.

In 2011, Ronald, Eric, and David Thurman celebrated their 80th birthday in Oxfordshire. They were known as the ‘Tabloid Triplets’ because their picture was published in a national newspaper when they were born in 1931. 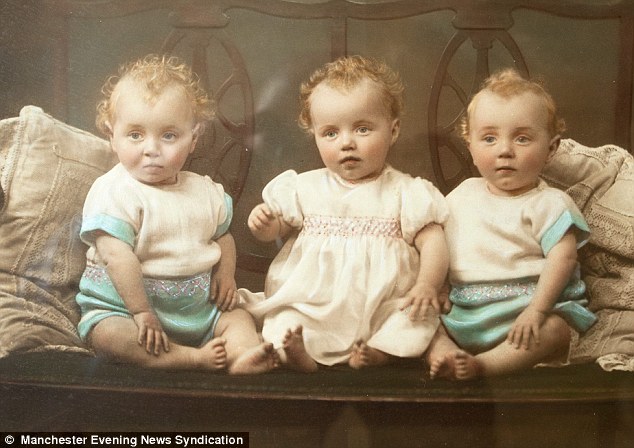 Eric, Alan, and Audrey’s birthday celebration was a rare get-together for the siblings because Eric has moved to Wales. But there was a time when the three were inseparable as they grew up together.

Grandmother-of-21, Audrey O’Donnell, who lives with their husband Bernard in Wythenshawe, Manchester. Describing what she was told of their birth, she said: ‘They used one of those ear trumpets and said that perhaps there was a second heartbeat but they weren’t sure. 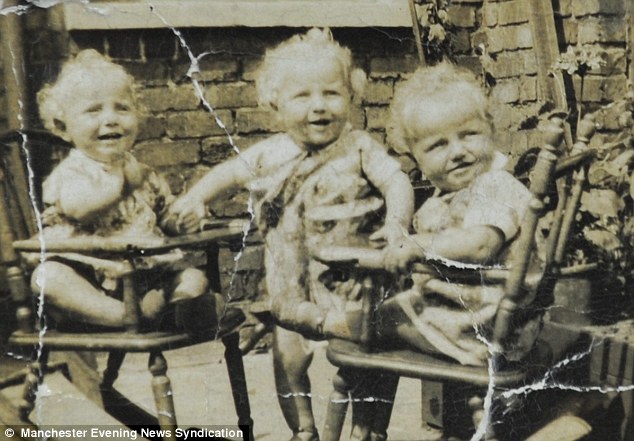 ‘So it was a real shock when three of us arrived, there was a dash to get more nappies. They wrapped us all in cotton wool and cooking foil to keep us warm.’

The triplets were such a rare sight, their father Edward was inundated with requests from baby food companies to use the triplets in advertising, but he turned them down. 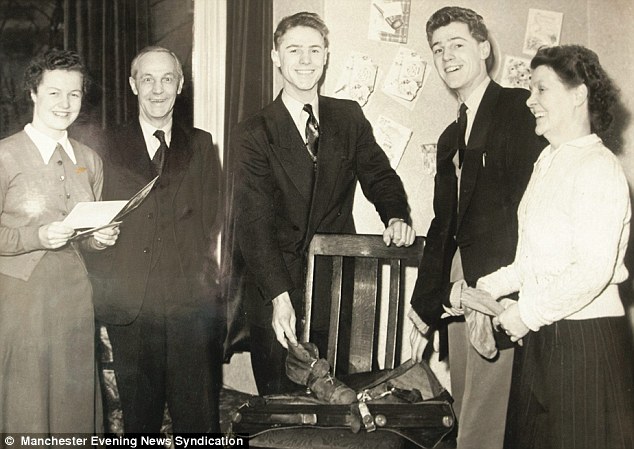 Alan, who lives in Heaton Mersey, said: ‘We were in the same cricket team and I could bat and bowl while Eric couldn’t bat. So I used to pretend to be him and go in twice to bat – nobody noticed.

‘I suppose officially that would be cheating but it worked well. We won the match.’ Audrey later worked in insurance while Alan became a director for Ford and Eric worked as an insurance broker.

Eric, who lives in Anglesey with his wife Anne, said: ‘I woke up one night with chest pains and the next day I found out Alan had had a heart attack. I did have one later and I’ve had four altogether. We’ve all had our ups and downs but we’ve come through them.’

The trio admits they have always been competitive. Eric said: ‘We’re all good friends today, but we don’t see much of each other. I have to say Alan’s a bit rotund compared to me but we all get on well together. We’re a good family.’