Owl Decides He Wants To Bathe With Squirt Bottle. Watch Curbie in the video below! 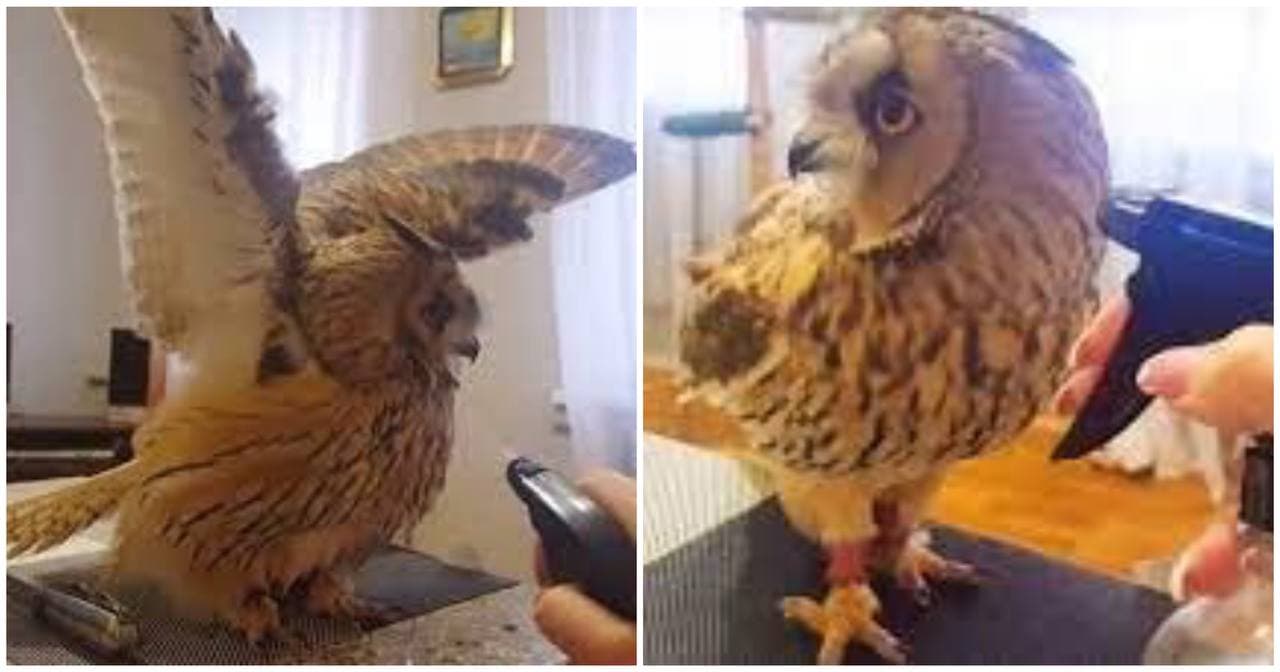 When we think of buying a pet for the family, I don’t think many people go beyond the idea of buying a dog, a kitten, or something small like a hamster or even fish. They’re the typical pets that everyone has, right? There’s nothing new about them, and if you need any help, or have a question about your furry friend,

you can easily turn to your friends and other family members for assistance. Seldom do we go to a shelter or pet store and ask for help to pick out a lizard, or even something as unique as an owl. But, having an owl around would be pretty neat, don’t you agree? 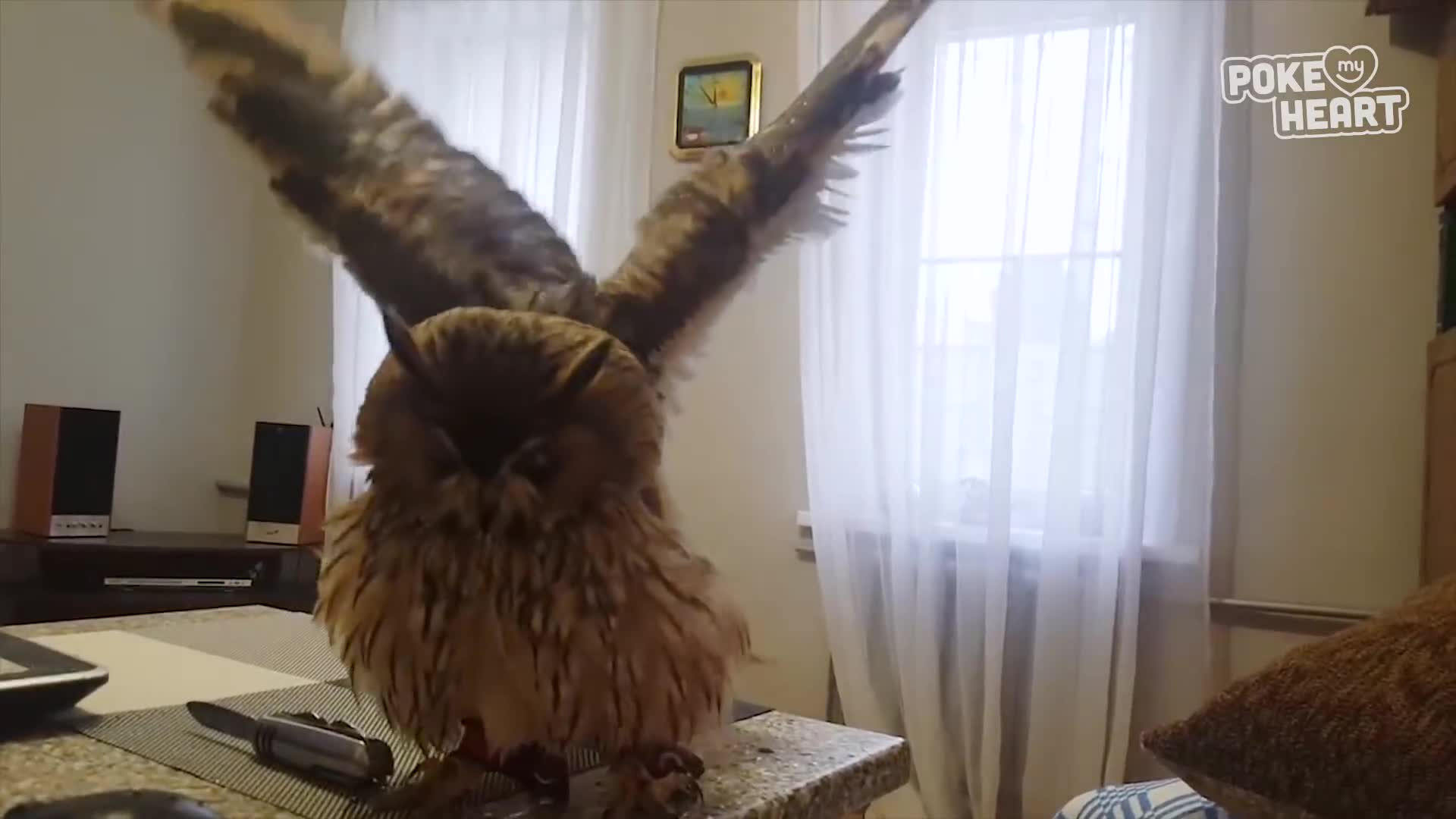 Before everyone goes out and gets an owl as a pet, keep in mind that owls, even those raised by hand and in captivity, are still birds of prey. They will never be able to be released into the wild if they are born and raised as pets because they lack the skills to hunt and care for themselves!!

A domesticated owl still may show some traits of wild owls. But, a well-trained and socialized owl can be an affectionate, social pet for a dedicated and educated caretaker. Curbie, the owl in the video below, was most likely raised by hand and only knows a life where he is cared for by humans. So, not only does he like to spend time with his owner,

he depends on that person for shelter, food, and even cleaning himself. Curbie may have been raised by humans, but just like wild owls, he still likes to have an occasional bath. According to the Bird Ecology Study Group, “…An owl takes a bath once in a while to clean its feathers. It usually stands in shallow water,

either at the edge of a lake or stream and flaps its wings to splash water over the body. The bird may sometimes immerse its body in deeper water. Or even take a plunge bath – flying at a low angle and splashing briefly in the water. And after a bath, the owl will vigorously shake off the water from its body, preens its feathers and sometimes also dries itself in the sun.”

Initially, Curbie asks his owner for a drink from the spray bottle. He enjoys it so much that he decides he would like a bath. Watching Curbie have his bath is adorable, and he has the best reaction to his owner’s attention!

Watch Curbie in the video below!