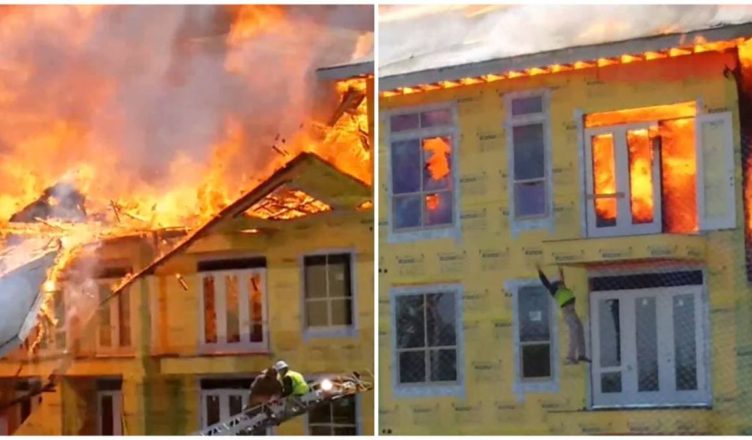 Unbelievable… a construction worker in Houston, Texas became trapped on a fifth-floor balcony of a burning building. Fire crews arrived and were attempting to position a ladder,

but the five-alarm inferno was spreading too quickly. As the nearby windows began to melt, you can see the man attempting a daring escape. This one is a serious nail-biter. Make sure you watch it to the very end.

A fire has raged through the AIG Campus in Houston, Texas, with a YouTube video shot by an onlooker capturing the daring rescue of a construction worker by firefighters as the complex burned around them. 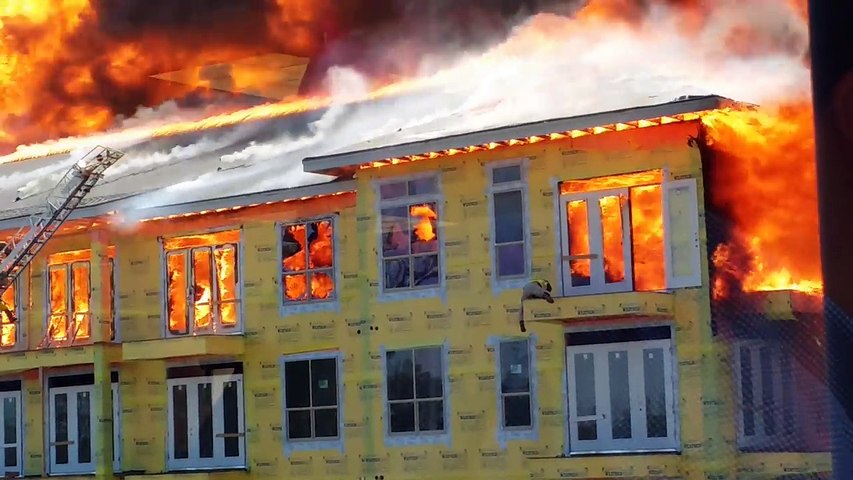 Sitting beside the two firefighters who saved him from a five-alarm fire, construction supervisor Curtis Reissig was thankful to be able to tell his story on TODAY Thursday.

“I was running away from the inferno, trying to save myself,” Reissig told Savannah Guthrie. “These guys run to and into infernos to try to save other people. I shouldn’t even be here. These guys, deserve all the praise and accolades.” 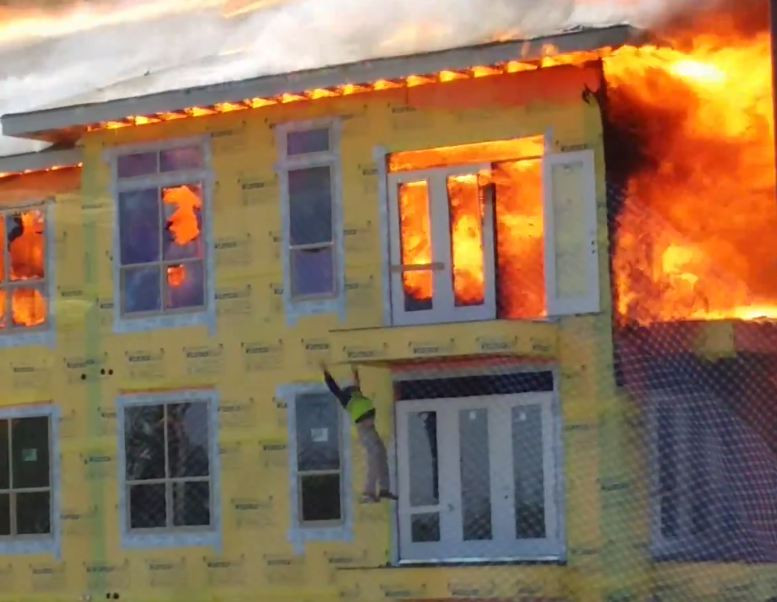 Reissig, 56, went to the fifth floor of a $50 million, 396-unit apartment complex in Houston on Tuesday to investigate a report of a fire. The blaze quickly escalated, forcing Reissig to exit onto a balcony. As the heat got worse, he jumped to a balcony on the floor below.

“It was pretty much just a survival instinct,” Reissig said. “The heat was so intense…that (jumping to the lower balcony) was the only option. I think I was just super-focused, trying to make sure everything turned outright.” 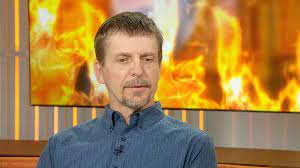 Houston firefighter Dwayne Wyble was able to drive a truck close enough to get a ladder within a foot or two of where Reissig was trapped. Captain Brad Hawthorne then crawled up the ladder to help bring Reissig to safety.

Reissig jumped from the balcony onto the ladder, which was captured on a cell phone video shot by Karen Jones, a woman who was working across the street.

Scroll down for the video!!!