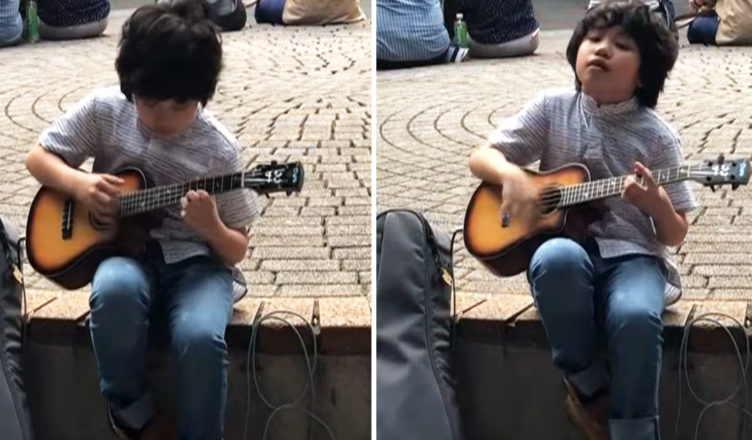 I’m always a little stunned when I see a child who at a very young age shows a high aptitude for music, whether it’s singing or playing a musical instrument. While other kids fiddle with their toys or watch cartoons, these super-talented children have already developed a skill that is well beyond their years. It seems impossible that in such a short time on this earth they could have had enough time to learn to play or sing so well.

My own experience with music was nothing like this. As a child, I wanted to learn to play the piano so my parents dutifully signed me up for lessons and even bought me a nice little upright piano for my birthday. Each week I went to lessons and nearly every day I would sit down on the padded bench and run through scales and practice pieces that I hoped to master. 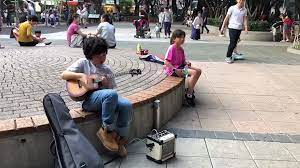 However, I was rarely able to master the music. I’m just not musically talented, no matter how hard I tried or how much technical skill I developed over time. After several years of barely progressing, I realized that my time would be better spent doing something else. I still feel sorry for my piano teacher, who had to sit with me for an hour every week, watching me struggle and attempting to teach me skills and music that I would almost certainly never learn.

The young boy in this video is the polar opposite of me at his age. Feng E plays on the streets of Taipei, Taiwan. He never had weekly lessons; when he showed interest in playing the ukelele, his dad helped to get him started, teaching him the basics. He took it from there and given his young age, it couldn’t have taken long for his impressive talent to begin to show. 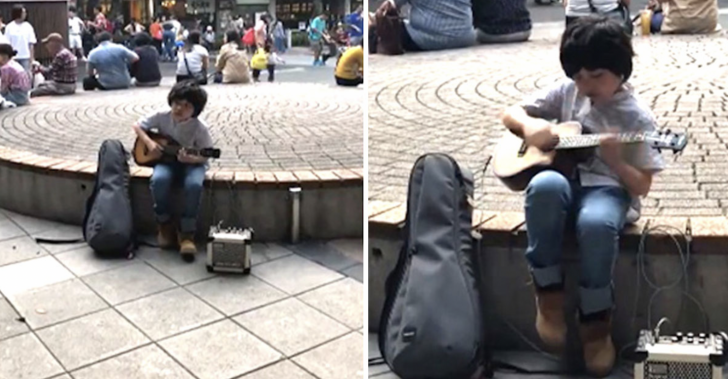 Playing with energy and passion, Feng E sits in a busy area of the city with nothing but his ukelele and a small amp. In this video, which has impressed people on the internet from all over the world, he performs Tommy Emmanuel’s “Classical Gas,” an instrumental musical piece composed and originally performed by Mason Williams with instrumental backing by members of the Wrecking Crew.

From the looks of it, it’s not an easy song to play, but he makes it look easy. His hands move quickly and he brings the song to life. When it was over, I wanted to give him a standing ovation.

Watch his brilliant performance in the video below!!!