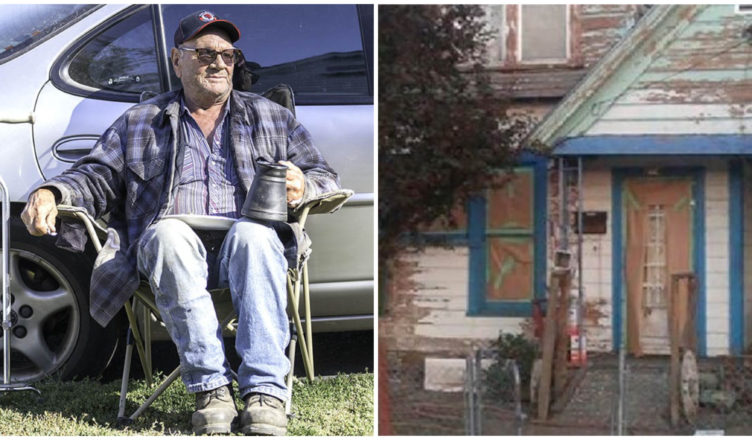 A kind neighbor organized volunteers to help paint and repair an elderly man’s home after witnessing his sad reaction to hearing a passerby say that his house was so ugly that it needed to be torn down.

Josh Cyganik, a 35-year-old Union Pacific Railroad track inspector in Pendleton, Oregon, worked across the street from an elderly man who sat on his porch every day. Over the course of four years, Josh would see the older man sitting on his porch on a daily basis, and despite the fact that he had never met him, he would give him a friendly wave! 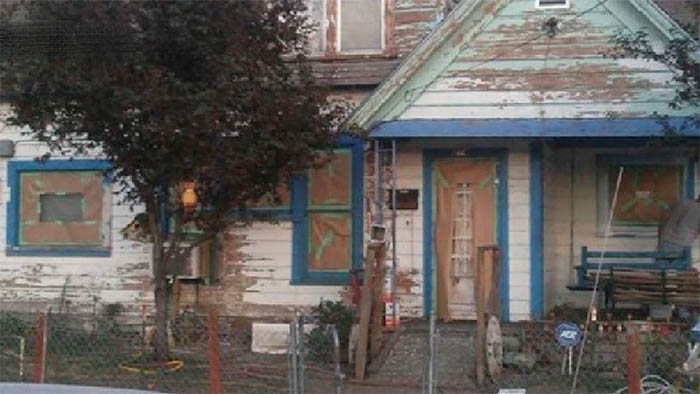 “In the morning when I get here, he’s there, waves, when I go home, waves bye,” Josh said. “I just waved to him, knew he was a nice guy.” One day while Josh was working, he overheard two people walking by across the street say that the house was the “ugliest house I’ve ever seen” and that it should be torn down.

While they may not have known that the elderly man could hear them, he was sitting out on his porch as he did every day, and Josh noticed that the man afterward looked visibly depressed. 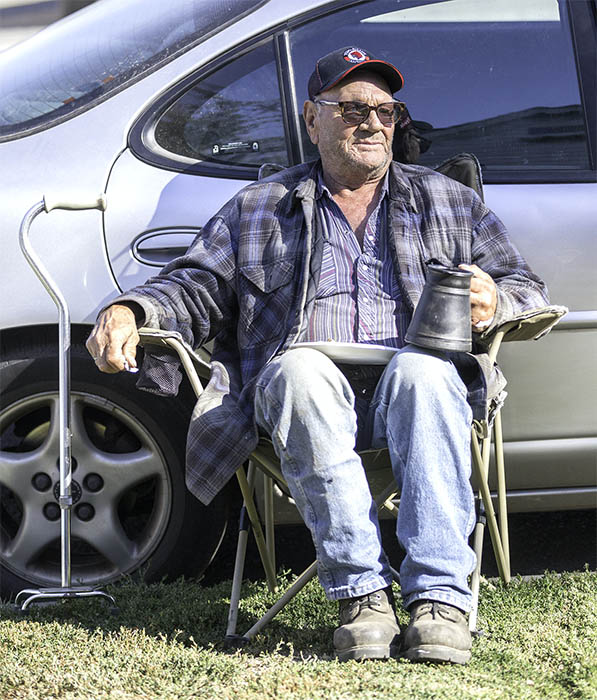 The house’s exterior had indeed deteriorated, with patches of missing paint and a lot of discoloration, and the elderly man had mobility issues, so he was likely unable to repair it himself.

“[They] said they need to tear it down, and nobody deserves [to hear] that,” Josh said. “I saw Leonard had his head down, and I felt bad for him.” Josh spent a few days reflecting on the situation and thinking about what he could do to help. 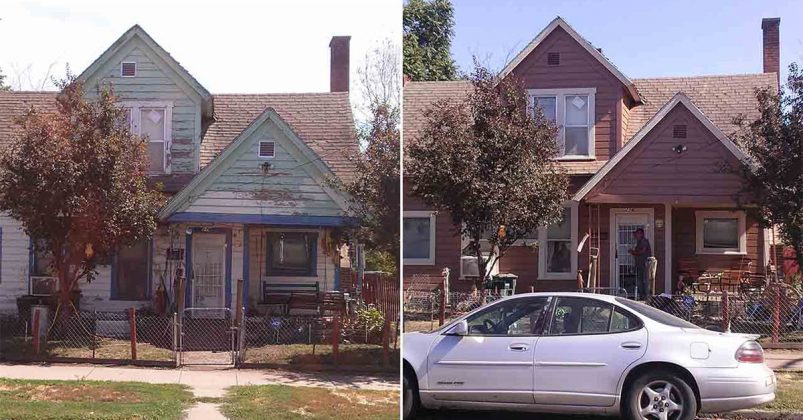 “The look on Leonard’s face said it all to me,” Josh said. “I went home and thought about it and it was just bothering me, eating me up and I knew I had to do something.” “After a couple of days, I knew there was something I could do to help.” 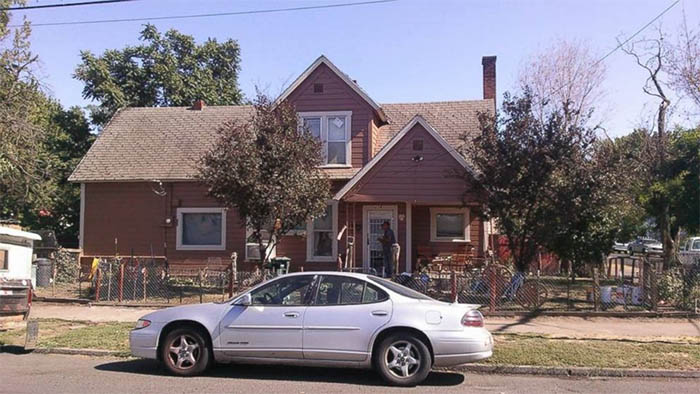 He talked with one of his friends who worked at a local lumber company, and his friend agreed to donate enough paint to paint the elderly man’s house if Josh decided that he wanted to.

Josh then decided to go over and meet for the first time the elderly man with who he had shared so many daily waves with. He learned that the elderly man’s name is Leonard Bullock and that he gave Leonard’s house a fresh coat of paint, changing it from the old white and turquoise to a beautiful beige. Kind neighbors had heard that Leonard loves to sit on his porch,

so they went out and themselves purchased new furniture for his porch so that he could enjoy sitting there in comfort each day. 75-years-old. After they said hello for a bit, Josh told Leonard that he had overheard the people walking by the other day and that he saw Leonard’s sad reaction. Josh said he wanted to offer to help him paint his house, for free, and Leonard was floored by his kind offer.

“He was speechless,” Josh said. “[Leonard] could hardly talk he was so ecstatic. He sits on his porch every day all day long so I wanted to give him a nice canvas to sit in front of.”