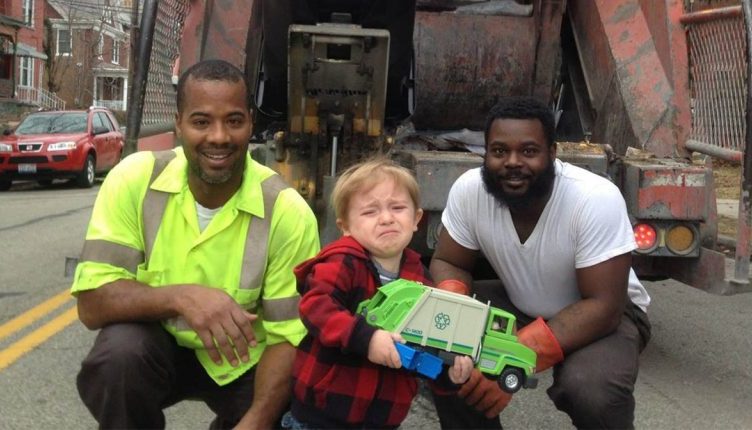 When a 2-year-old finally got to meet his idol garbage truck workers and show them his new toy truck for the first time, he was charmingly overwhelmed and happy!

Quincy Krosner, a 2-year-old from Cincinnati, adores garbage trucks. Quincy’s parents watch him run to the window every week when he hears the truck approaching so he may watch and wave to his friends.

“Every Friday he knows they’re coming,” Quincy’s dad, Ollie Krosner, shared. “From the moment he hears them from blocks away he runs to the window, climbs up on the couch, and watches and waves to them,” Quincy told his parents that the garbage men always wave to him.

“We laughed at his imagination, and then we looked out the window and the garbage man was waving!” Ollie said. “I couldn’t tell you how long ago it started. They’ve developed a kind of relationship through the window.”

After receiving his new truck, Quincy asked his dad if he could show it to his heroes; the local garbage men. Oliver said yes and that he thought it was a great idea.

“I think they’ll think it’s pretty cool,” Quincy told his dad. So when Friday came, Quincy and his dad went outside when they heard the truck coming, and Quincy brought his new toy truck.

“He was all smiles as the garbage truck pulled up. I asked him if he wanted to take his [picture] with them, and he gave an eager yes.”
Quincy’s dad asked the two kind garbage men if it was okay for him to take a photo of them with Quincy, and they gladly agreed.

As Quincy was meeting his heroes face to face for the first time, and showing them his new truck, his sweet little heart was both overjoyed and overwhelmed at the same time. 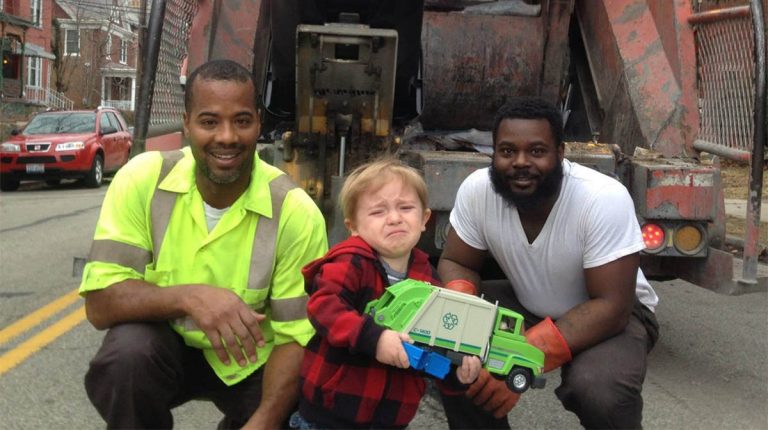