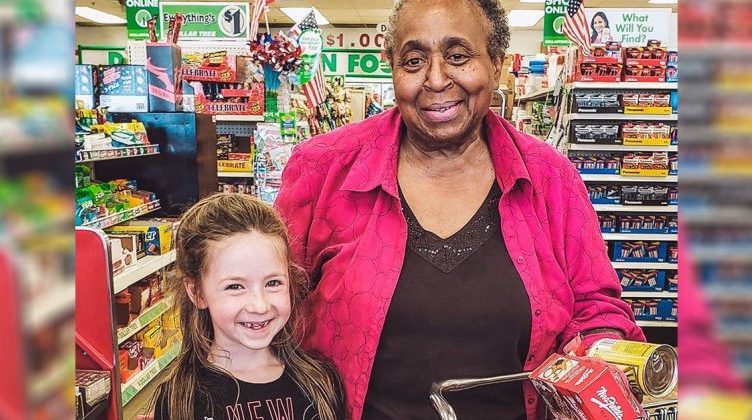 When a kindergartener and her mother went shopping, a generous woman offered and paid for “anything she wanted.” Hensli Harkless was shopping with her mother, Heather Harkless, at a Dollar Tree in Fort Wayne, Indiana, when they were approached at the checkout by a compassionate older woman!

“Meet Martha,” Heathyr wrote in an internet post. “I went to Dollar Tree to acquire tweezers (since I couldn’t locate any), and this lovely lady stopped us at the register.” Martha Smith, a compassionate mother, asked Heathyr for permission to buy whatever she wanted for her sweet daughter at the store. 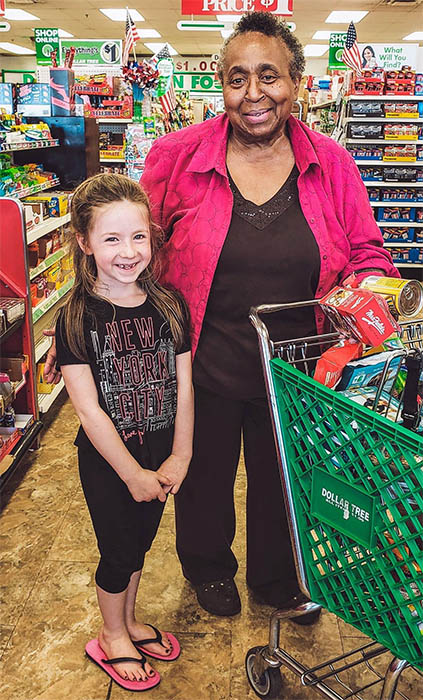 “She asked if I would give her permission to give Hensli some money to get whatever she would like. As I teared up (because why wouldn’t I!) I said of course and thanked her but asked why she wanted to do something so nice.” Martha shared that one time previously while shopping, a kind stranger had randomly paid for her items, and she wanted to also pay it forward.

“She said she had a cart full once and someone paid for her cart, and this was nothing like that but wanted to do something.” “Henz hugged her and we thanked her more and asked if we could get a picture (she said she would but that she isn’t good at smiling for pictures…I beg to differ!).

She was so humble and thought we were being too appreciative for what she thought was something so little. I don’t think that was little at all, and Henz sure didn’t either. It meant so much for me to have Hensli see and receive Martha’s generosity.”Little Hensli used the money to buy a surprise gift for her teacher, some ice cream, a book, and she also donated some to a children’s hospital. 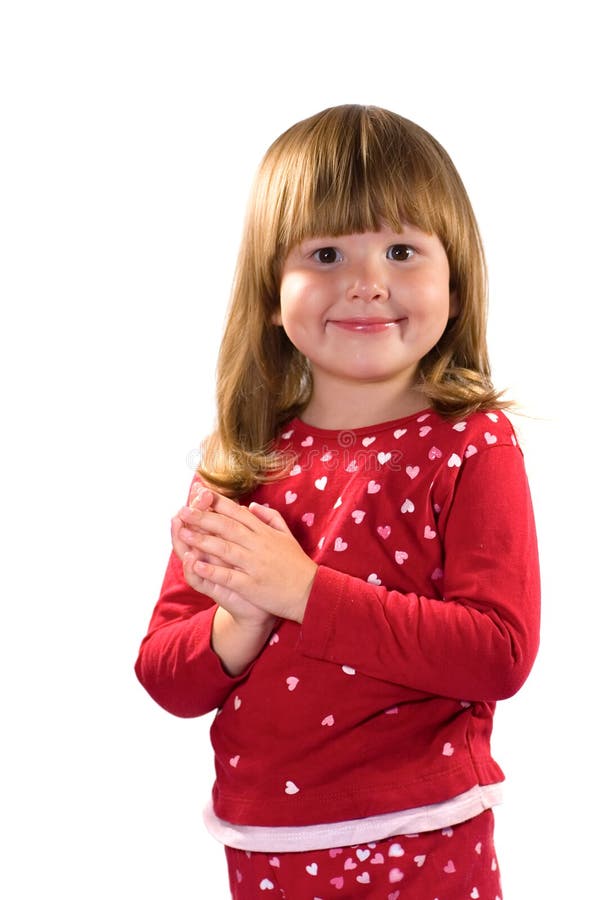 “I asked Henz what she wanted to do with the money. She ended up buying a gift for her teacher, stopping to get ice cream, a book about a messy dog, donating a dollar, and saving the rest to put in Sunday offering and to give someone else the next time we are at a Dollar Tree. A little kind gesture from sweet Martha impacted not just the two of us but at least four others.”

“Thank you, Jesus, for this woman’s life and thank you to the person who once bought Martha’s cart. Thank you, Martha, for passing along the blessing you received and allowing my daughter to do the same. The next time I am in the Dollar Tree I will think of you and be sure to pass on your generosity to someone in line as well. Thank you for spreading goodness in this world and allowing me to share your beautiful soul!”