It’s no secret that human touch has the ability to express affection in ways that words can’t always. We frequently associate this ability with romantic love, but it isn’t the only type of love that may be expressed in this unique way.

Touch can sometimes reveal the closeness of family members. In some cases, it can even have an effect on a person’s physical healing. In the United States, medical experts are beginning to recognize the value of the human touch in medicine. 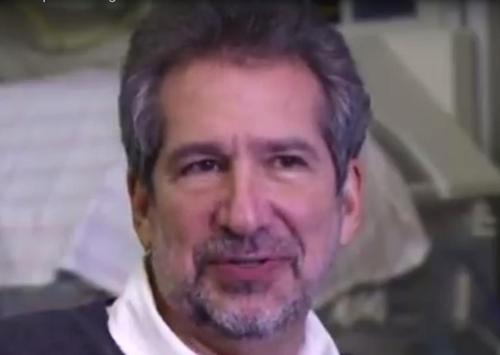 This method was actually used to help save a baby’s life back in 1995. Paul Jackson of Worchester, MA, was the father of premature twin girls who weighed only 2 pounds when they were born 12 weeks early.

According to CNN, he was told that although the babies seemed to be doing okay that within 42 to 78 hours they may take a turn for the worse. At three weeks old, the twin girls were not out of the woods concerning their health.

Little Brielle was having difficulty breathing. With her heart beating rapidly, her oxygen level plummeting, and her skin turning blue, things didn’t look good for the tiny baby.

NICU nurse Gayle Kasparian suggested an unconventional form of treatment. She wanted to try putting Kyrie, the twin who was doing better physically, right beside Brielle in the same incubator.

The nurse’s hope was that this skin-to-skin contact would have a beneficial impact on the weaker twin. This method, called “Kangaroo Care” is used in other parts of the world but wasn’t common practice in the US yet.

Kyrie almost instantly placed her small arm across her sister’s body. Media outlets referred to the touch as a “rescuing hug.” Amazingly, the treatment seemed to be working!

Right away Brielle’s breathing and vital signs showed marked improvement. It seemed as though the touch from her sister was exactly what the small twin needed to become stabilized and calm. Due to fear of infection, multiples had typically been kept apart when born prematurely in US hospitals up to this point.

Following the stunning success of that day’s “Kangaroo Care” therapy, hospitals began to change their policies and allow premie twins and triplets to be together.

The former restrictions were predicated on a fear that newborn premies would be too frail to be placed in the same incubator, according to Dr. Stuart Weisberger of UMass Memorial Hospital.

This groundbreaking incident gave them medical professionals the encouragement they needed to stYou may wonder what became of the twins whose “rescuing hug” treatment caught national attention. We’re pleased to tell you that both of them grew up normally and turned out to be perfectly healthy adults.

They’ve spent their entire lives together. Indeed, they frequently claim to have similar views, finish each other’s sentences, and interrupt each other while attempting to express the same ideas at the same time!!!